Was It A Threat From Putin That Changed His Mind 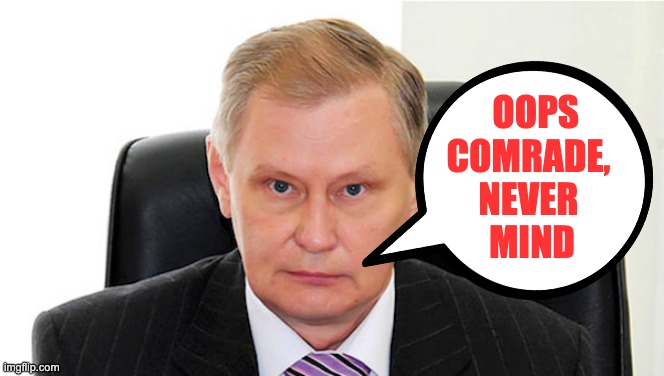 On Monday, May 16th  Mikhail Khodarenok, a military analyst and retired Russian Colonel appeared on the Russian version of 60 minutes and indicated that the war with Ukraine was already lost. On May 19 he stepped back from his previous statement, Why did he walk away from his statement especially at a time there were more reports of Russia’s losses to Ukraine? There is no way to know for sure, but it would not be out of character for Putin to make threats.

During his first interview, Khodarenok advised viewers not to accept t Russia’s narrative about the war at face value. He predicted that “the situation [for Russia] will clearly get worse” as Ukraine receives additional military assistance from the West and that “the Ukrainian army can arm a million people”.

Khodarenok also mocked Putin’s threats about Finland and Sweden’s request to join NATO. ”  “Don’t engage with saber-rattling with missiles in Finland’s direction,” adding that it’s such a poor tactic that it’s almost “amusing.”

He added that he thought the war effort was politics. The entire world was against them, “even if we don’t want to admit it.” “The situation cannot be considered normal when against us, there is a coalition of 42 countries and when our resources, military-political and military-technical, are limited”‘

After that first interview,  reports about the war supported what Khodarenok said:

Despite the news confirming his position, on Thursday Khodarenok pulled an Anthony Fauci and pronounce the opposite was true:

Instead of criticizing Russian logistical failures, he bragged about Russia’s military might and condemned western-made weapons.

“When a country buys Western-made equipment, sometimes it malfunctions or stops working, right in the middle of the battle,” he said Thursday on Russia’s notoriously monitored state media. “Our arms we supply to our buyers are different in their reliability, you get exactly the weapons described.”

“I just want to say: don’t rush, don’t rush,” Khodaryonok said. “The Russian Federation is yet to utilize even one-tenth of its military-economic potential.”

Ah, of course,  western equipment sucks. Then why did Putin make threats about the countries arming Ukraine? Why is Ukraine doing so well in fighting the 48-hour Russian invasion that is in its third month?

The most likely reason for the change is threats from Putin, either directly or through senior military officials. Don’t forget that Vlad has a unique way of dealing with people who publicly disagree with him. For example, when Ukraine’s third president Viktor Yushchenko said that he hoped Europe would wake up to the Russian threat, he was mysteriously poisoned with dioxin. Other political opponents such as Sergei Skripal, Boris Nemtsov, and Denis Voronenkov, were also murdered.

Based on the recent news I would recommend believing Mikhail Khodarenok’s first interview. His walk back was likely an attempt to save his own life from Vlad the impaler.