Holy Bleep! Mike Rowe Has Been Restricted On You Tube 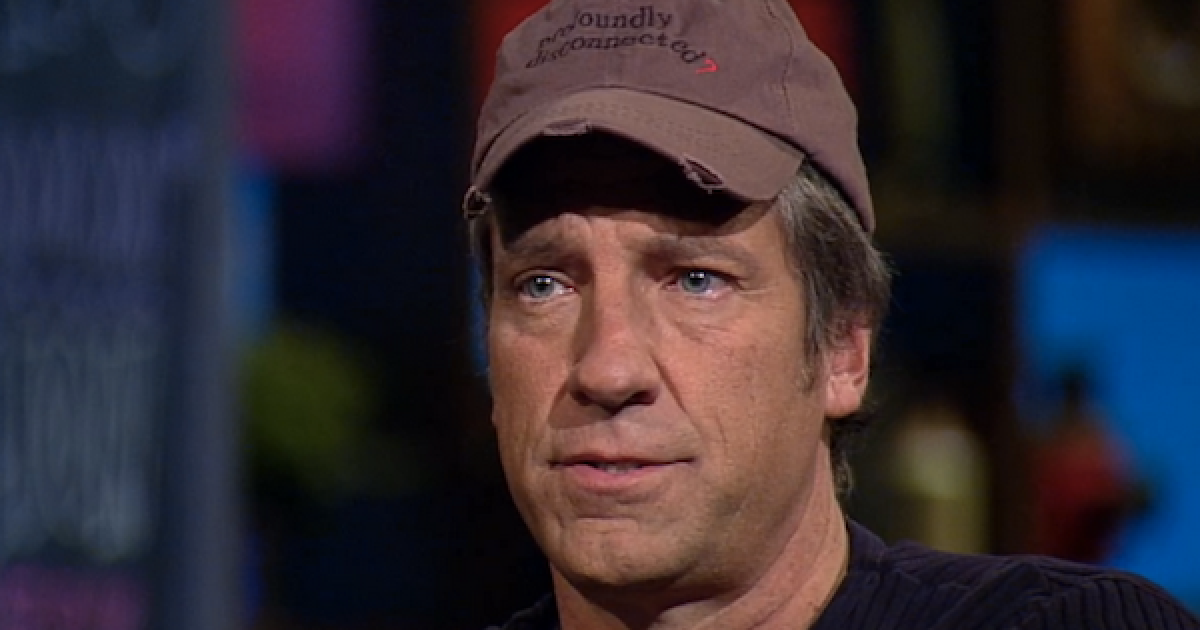 When you hear conservative media members complaining about the restrictive tactics of Google, Facebook, Twitter, and Youtube, I’m sure some of you think that we may be exaggerating.

Non-conservatives are forced to live through the fascism themselves from time to time. Folks like Youtuber Dave Rubin, who is not a “conservative” but who willingly speaks out against liberal fascism and has faced a backlash from Youtube for doing so.

Now the non-controversial Mike Rowe, formerly of Discovery Channel’s Dirty Jobs, and Deadliest Catch, and more recently of CNN’s Somebody’s Gotta Do It, and Facebook’s recently launched Returning the Favor, has now felt the pinch of online censorship as he just learned that one of his videos was just restricted by Youtube.

What did Rowe do to be silenced by Youtube? He gave a speech on a conservative Youtube channel…

Last June, I was invited by Denis Prager to give the commencement speech at his virtual university. I accepted. The speech exists today in the form of a 5-minute video that’s been viewed nearly 6 million times on YouTube. I’ve just learned however, that YouTube has determined the content of that video to be “inappropriate.”

The basic message of my speech is simple – millions of good jobs currently exist that do not require a four-year degree. In the video, I touch on a few of the reasons why these jobs are routinely ignored, but focus mostly on the fact that society doesn’t encourage people to pursue vocations that don’t require a diploma. Hence, most people are not passionate about a long list of viable opportunities, because most people are affirmatively discouraged from learning a trade. Thus, our ever-widening skills gap.

I approach the problem by challenging the old platitude, “Follow Your Passion!”

1) Passion is a critical component of job satisfaction and overall happiness. However…
2) Just because you’re passionate about something, doesn’t mean you won’t suck at it. Which means…
3) Following your passion doesn’t always lead to lasting happiness or true job satisfaction. Ergo, my advice to graduates is…
4) “NEVER follow your passion, but ALWAYS bring it with you.”

According to YouTube, “restricted videos” are videos that contain any of the following:
• Vulgar language
• Violence and disturbing imagery
• Nudity and sexually suggestive content
• Portrayal of harmful or dangerous activities

Obviously, I was surprised to learn that my video could be interpreted as anything but the G-rated message I believe it to be. So I watched it again – this time with an open mind and a more discriminating eye. I saw nothing violent, harmful, or dangerous. Nothing vulgar, disturbing, or objectionable. True, the animated figures are unclothed, but clearly androgynous, as well as faceless. I was honestly at a loss. But then I saw this, buried in the fine print.

“Some videos don’t violate our policies, but may not be appropriate for all audiences. In these cases, our review team may place an age restriction when we’re notified of the content.”

Is it possible that YouTube has determined that the IDEAS expressed in my speech are inappropriate for people under 18 – The precise audience that most needs to hear this message? The answer appears to be yes. So, before I officially complain to YouTube, I thought perhaps I might ask 5 million of my closest friends if my head is up my astericks.

PS. There are currently 6.2 million available jobs in this country, the majority of which do NOT require a four-year degree. Student debt is now approaching $1.3 trillion, and millions of college graduates have failed to find work in their chosen fields. And yet, we continue to push a college degree like it’s the best path for the most people. We continue to tell our kids to follow their passion, no matter where it might lead them. Enough already. The time has come to encourage our kids to explore ALL of the educational options available to them, and ALL of the vocations waiting to be filled. That message has been restricted for too long.

While Rowe may be surprised that his non-offensive video has been categorized as offensive, the rest of the conservative media world is not.  We’ve been dealing with these free speech censors for years, and we know their tricks all too well. They restrict, or worse ban us, for nebulous reasons that no one can pin down and then they attempt to undermine our funding for as long as they can. Then they give us back our livelihoods, for a while, before we have to deal with the same ugly cycle again.

It’s not fun, but it’s the world we are forced to operate in and we must continue to fight on, otherwise who will get our message out?

Here’s the commencement address that Rowe gave, encouraging students NOT to follow their passion, but to make sure they took it along with them on their journey.

There are only two things I can tell you today that come with absolutely no agenda. The first is “Congratulations.” The second is “Good luck.” Everything else is what I like to call, “The Dirty Truth,” which is just another way of saying, “It’s my opinion.”

And in my opinion, you have all been given some terrible advice, and that advice, is this:

Every time I watch the Oscars, I cringe when some famous movie star—trophy in hand—starts to deconstruct the secret of their success. It’s always the same thing: “Don’t let anyone tell you that you don’t have what it takes, kid!”; and the ever popular, “Never give up on your dreams!”

Look, I understand the importance of persistence, and the value of encouragement, but who tells a stranger to never give up on their dreams, without even knowing what it is they’re dreaming? How can Lady Gaga possibly know where your passion will lead you?

Year after year, thousands of aspiring American Idols show up with great expectations, only to learn that they don’t possess the skills they thought they did.

What’s really amazing though, is not their lack of talent—the world is full of people who can’t sing. It’s their genuine shock at being rejected—the incredible realization that their passion and their ability had nothing to do with each other.

Look, if we’re talking about your hobby, by all means, let your passion lead you.

But when it comes to making a living, it’s easy to forget the dirty truth: just because you’re passionate about something doesn’t mean you won’t suck at it.

And just because you’ve earned a degree in your chosen field, doesn’t mean you’re gonna find your “dream job.”

But their imaginary existence just might keep you from exploring careers that offer a legitimate chance to perform meaningful work and develop a genuine passion for the job you already have. Because here’s another Dirty Truth: your happiness on the job has very little to do with the work itself.

On Dirty Jobs, I remember a very successful septic tank cleaner, a multi-millionaire, who told me the secret to his success:

“I looked around to see where everyone else was headed,” he said, “And then I went the opposite way. Then I got good at my work. Then I began to prosper. And then one day, I realized I was passionate about other people’s crap.”

Consider the reality of the current job market.

Right now, millions of people with degrees and diplomas are out there competing for a relatively narrow set of opportunities that polite society calls “good careers.” Meanwhile, employers are struggling to fill nearly 5.8 million jobs that nobody’s trained to do. This is the skills gap, it’s real, and its cause is actually very simple: when people follow their passion, they miss out on all kinds of opportunities they didn’t even know existed.

When I was 16, I wanted to follow in my grandfather’s footsteps. He was a skilled tradesman who could build a house without a blueprint. That was my passion, and I followed it for years. I took all the shop classes at school, I did all I could to absorb the knowledge and skill that came so easily to my granddad.

Unfortunately, the handy gene is recessive. It skipped right over me, and I struggled mightily to overcome my deficiencies. But I couldn’t. I was one of those contestants on American Idol, who believed his passion was enough to ensure his success.

One day, I brought home a sconce I had made in wood-shop that looked like a paramecium. After a heavy sigh, my granddad gave me the best advice I’ve ever received. He told me, “Mike, you can still be a tradesman, but only if you get yourself a different kind of toolbox.”

At the time, this felt contrary to everything I believed about the importance of “passion” and persistence and “staying the course.” But of course, he was right. Because “staying the course” only makes sense if you’re headed in a sensible direction.

And while passion is way too important to be without, it is way too fickle to follow around.

Which brings us to the final Dirty Truth. “Never follow your passion, but always bring it with you.”