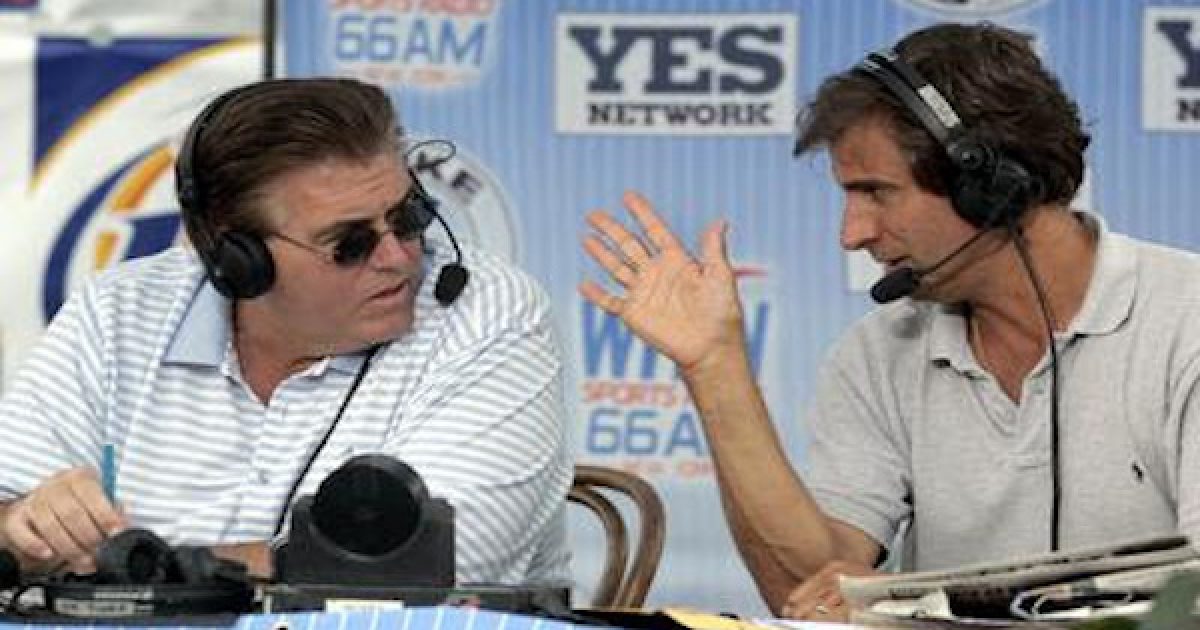 As vivid as my memory of 9/11/01 is the memory of the hatred expressed by two sports radio hosts known as Mike and the Mad Dog, the very next day, hatred the two continue to deny and that WFAN, their radio station covered up.

After driving into Manhattan on the day after the attack (Wednesday) we told everyone who showed up at the office to take the rest of the week off. America was in shock, New Yorkers were in shock, and my team was certainly in shock. Let’s face it with there was no way anyone could concentrate on something as trivial such as a children’s magazine (at the time I was the publisher of Nickelodeon Magazine) after such a tragedy.

That 9/12 drive home is scorched into my memory as much as the 9/11 drive described yesterday.  Not because of the still-opaque black curtain still obscuring the view of downtown Manhattan, or the sandpaper-like air that still filled my lungs every time I inhaled, but for the hatred coming from the car radio. Instead of trying to unite the country against the terrorist threat of al Qaeda, hosts of one of the top radio shows in afternoon drive, in the biggest radio market in America, spewed venom against a relatively tiny ethnic group in America. Normally that kind of hatred would lead to a suspension. However, rather than discipline Mike and the Mad Dog, their cash cows, the radio station covered up the incident by “conveniently” losing the tape of that day’s show.

Sixteen years later these hosts have never acknowledged their mistake and have never apologized. Even worse, they ignore the truth and deny what they did (one of them denied it as recently as Sept. 2016).

As I did every drive home, on Sept. 12th the car radio was tuned to NY Sports radio station WFAN. A good thing about leaving early was getting to listen to station’s afternoon stars, Mike Francesa and Chris “Mad Dog” Russo (the show was called Mike and the Mad Dog) These two were entertaining, not only because of their extensive sports knowledge, but because  there was always an undercurrent of tension because an argument could spring up at any moment (the two didn’t seem to enjoy each other’s company).

As they went on Russo opined (and Francesca agreed) that American Jews needed to prove their loyalty as Americans; choose between Israel, which Mike called “a failed experiment,” and the U.S. The two bigots suggested Jews in America should take a loyalty oath to the country to prove that they were loyal to the US and not Israel.

How did WFAN react to this blatant Antisemitism? Suspension? On-air apologies? After all this is the station that six years later fired Don Imus their morning drive host and number one money-maker. Imus was fired for joking the Rutgers girls’ basketball team were a bunch of “nappy-headed hos.”  For the 9/12 display of bigotry, WFAN reacted by sweeping their comments under the rug, their two cash-cow of bigots denied it ever happened, and the station even claimed they “lost” the tape of the day’s programming.

NY Post columnist Phil Mushnick blasted the pair more than once for their denials.

In a rare case of concentrating on their mission instead of working to elect Democrats and pushing progressive causes, the Anti-Defamation League which was flooded with calls, sent a letter to the station which said in part:

As of November 2009, the ADL never received a response from their letter:

When the NY Post’s Mushnick wrote about the incident in the weeks after 9/11, the sports talkers took to the airwaves to express their denial.

A year after the 9/12 bias attack Mushnick responded:

Like Mushnick, I heard Mike and the Mad Dog with my own ears.

In the wake of an attack on the U.S. by Islamic lunatics, Francesa even called upon American Jews to prove their virtue as Americans, to choose between Israel, which he called “a failed experiment,” and the U.S.
As a third-generation American Jew, whose great-uncle was a WWI doughboy, and whose father was a WWII Naval Lt., then commander of the Staten Island chapter of the Jewish War Veterans, I was, shall we say, displeased by Francesa’s determination that the time had come for me to swear allegiance to the United States.

Website Bob’s Blitz has evidence that the shows were recorded:

Last year, just days before the 15th anniversary of the day Mike and the Mad Dog flooded NY’s airways with hatred, Francesca (who now does afternoon drive on WFAN solo) responded to a caller who asked about the call for a Jewish loyalty oath almost a decade and a half earlier, by saying, “anything that was brought up is utter utter nonsense”

I am told that his former partner Chris Russo also denies what thousands of people heard with their own ears. There is no way for me to report that for sure since I haven’t listened to WFAN since 9/12/01 nor have I tuned into the Chris Russo branded sports channel on Sirrus/XM, I do check search engines a few times a year in an attempt to find updates.

Like most Americans who suffered through those horrible days, the sounds, tastes, and pictures of the ghastly attack on America are embedded in my memory.  In the aftermath of that beautifully clear day in mid-September 2001, most Americans, stood united against the hatred of al Qaeda. But here in New York City, two sportscasters chose not to stand united against the hatred of Islamist Terrorism; instead, they chose to create even more hatred.

Today we commemorate 16 years since that first 9/11 horror and the one in Benghazi five years ago. It is well past the time for WFAN, Francesa and Chris Russo admit their mistake and apologize for their hatred. If you agree please contact Francesa, Russo and/or WFAN –tell them you saw proof of what they did, and ask why they never admitted their mistake and/or apologized. This year is the last on air 9/11 for Francesa, he retires at the end of 2017.