Clinton Campaign Tried to Get Mika Brzezinski Booted Off Air 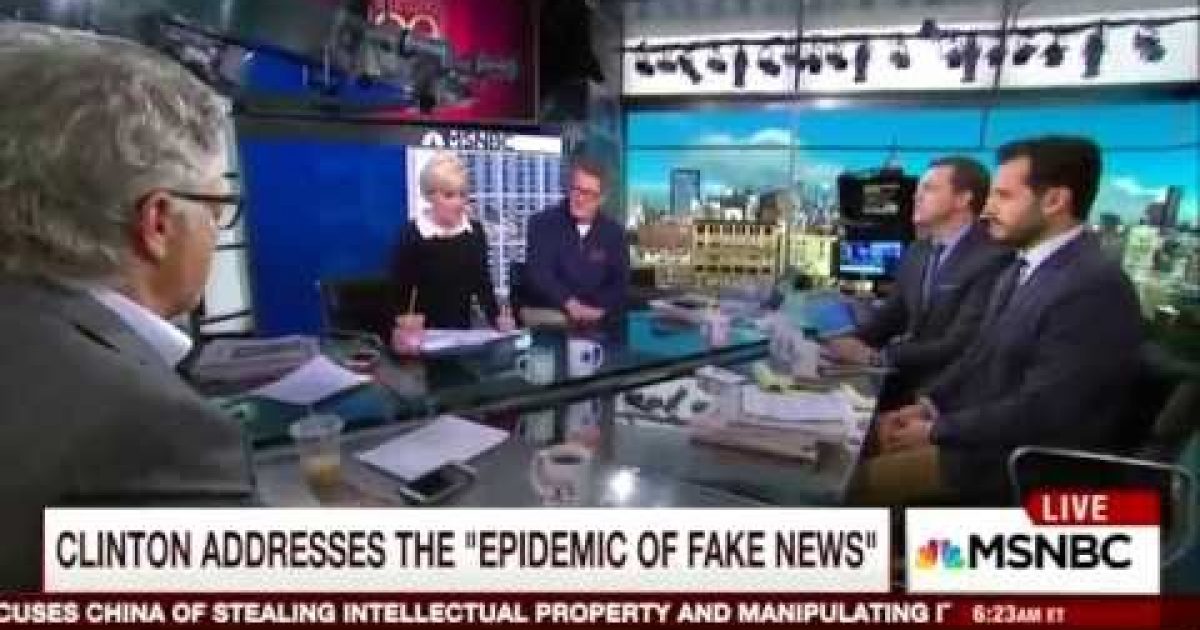 As the mainstream media continues to promote the story that Trump is trying to control them, we learn about the   the Democratic Party’s paranoid quest to protect themselves from any bad press. The latest revelation Was that Hillary Clinton’s campaign tried to remove Mika Brzezinski from the air after she criticized Democratic presidential candidate, the Morning Joe co-host revealed Friday morning. Debbie Wasserman Schultz tried something similar before she was ousted as DNC Chair.

Of course, MSNBC withstood the liberals’ pressure and Brzezinski was not removed from her show.

“Listen, when I was concerned the campaign was not understanding that perhaps there was some arrogance, that they need to get off their high horse and understand that this wasn’t over. I’ll just say it; NBC received a call from the campaign. Like I had done something that was journalistically inappropriate and needed to be pulled off the air. I mean, think about that. That’s just shooting the wrong messenger.”

Her partner on the show Joe Scarborough added,  “By the way, Mika, there were also people surrounding the campaign that tried to tell the campaign it was in trouble. Those people were shut out.”

The Democrats may have it out for Brzezinski. You may remember WikiLeaks released an email sent from then-DNC Chair Debbie Wasserman Schultz’s personal account to Chuck Todd who, along with his on-air roles, serves as the NBC News Political Director. In the letter the former complained about a Mika Brzezinski comment about her:

Chuck, see below. I would like to discuss this with you today. Can you reach out to Luis to schedule a call? Thanks. DWS
> MSNBC’s Brzezinski: Wasserman Schultz ‘Should Step Down,’ Dem Primary ‘Has Been Unfair’ To Sanders
> 0
> 0
>
> by IAN HANCHETT18 May 20160
> SIGN UP FOR OUR NEWSLETTER
>
> •
>
> On Wednesday, MSNBC’s “Morning Joe” co-host Mika Brzezinski called for DNC Chair Representative Debbie Wasserman Schultz (D-FL) to “step down” over her handling of this year’s Democratic presidential primary.
>
> After playing a clip of Wasserman Schultz, Brzezinski said, “This has been very poorly handled from the start. Ot has been unfair, and they haven’t taken him seriously, and it starts, quite frankly, with the person that we just heard speaking. It just does.”
>
> Brzezinski added of Wasserman Schultz, “She should step down.”
>
> Brzezinski’s co-host, former Republican Congressman Joe Scarborough wondered why Sanders would “get in line” for the Democratic Party, given that they “rigged the entire thing,” and that if he was in Sanders’ position, “I’d say, ‘Go straight to hell, I’m running as an independent.’”
>
> Follow Ian Hanchett on Twitter @IanHanchett
DWS

Man— talk about thin-skin. The Democrats can’t take it when a fellow liberal doesn’t toe the line.
Facebook Twitter Flipboard