She No Longer Feels Pride In America (Surprised?) 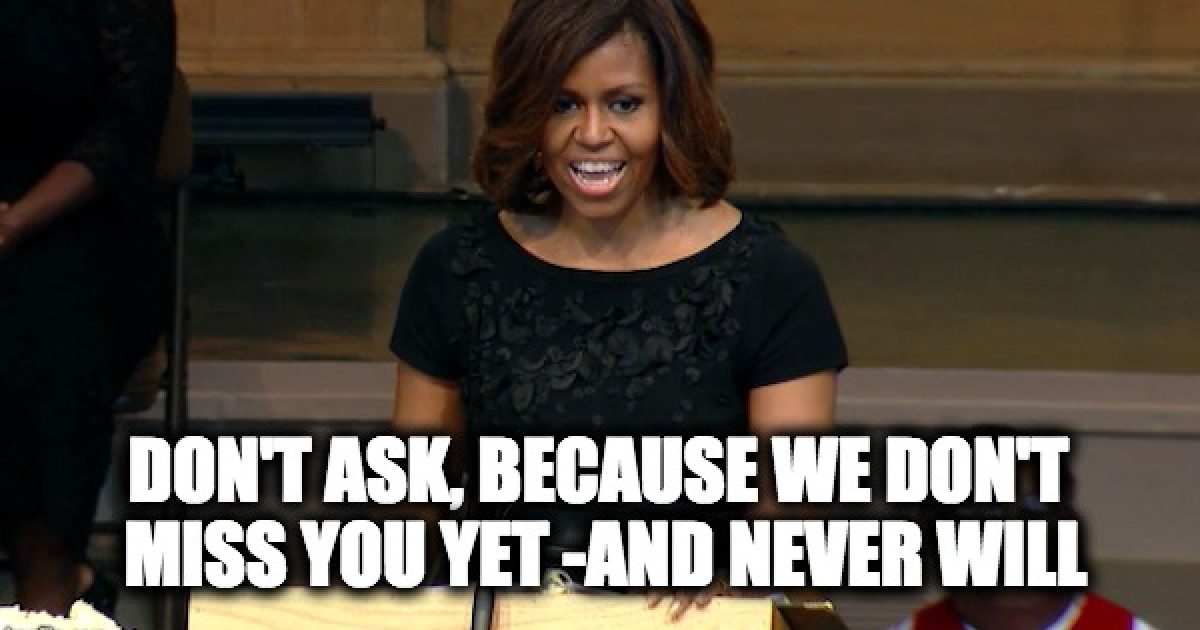 “For the first time in my adult life, I am really proud of my country because it feels like hope is finally making a comeback.” Those words uttered on the campaign trail in 2008 by Michelle Obama, who would go on to become the first lady of the land, stuck in the craw of many political commentators on both sides of the aisle.

Even Evan Thomas of the left-leaning Newsweek wrote on March 12 of that year:

Both Michelle and her husband tried to explain that what she really meant was that was proud to see so many people turn out to vote. But a lot of voters did and will wonder: how could someone who graduated from Princeton and Harvard Law School and won a job at a high-paying Chicago law firm — who was in some way a beneficiary of affirmative action — sound so alienated from her country?

A question that arose in discussions of the remark was whether Michelle Obama was proud because her hubby, who as a bonus happens to be black, had won the Democratic nomination.

Michelle Obama has never clarified the meaning of that statement, but a comment she made recently suggests the remark may have been as narrowly self-serving as many took it to be. This latest comment came during a charity event in Edinburgh, Scotland where she revealed that “the last election in my country does not give me hope.”

A 45-year low in black unemployment does not give her hope in her country? Apparently not. This time around, she is unable to feel pride not only because Donald Trump is mediocre in her view but because the candidate she wanted to win — Hillary Clinton, who more importantly is a woman — didn’t.

“There’s something wrong with us as women that we would make that choice,” she told the crowd, “we can’t be OK with mediocrity with men, but demand excellence from women.”

This sounds an awful lot like a person wrapped up in identity politics.