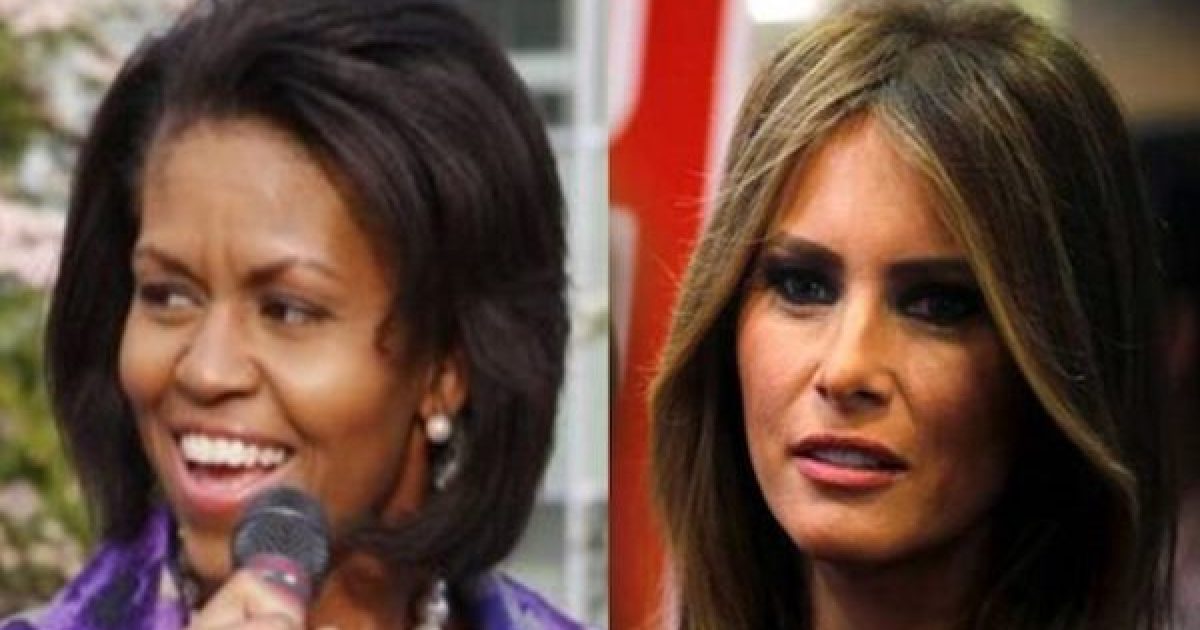 Melania Trump, in an interview with CNN during her and President Trump’s recent trip to Asia, said it’s an “honor” to serve as the first lady.

“It’s my honor to be a first lady of the United States,” she declared, adding:

It was a very busy year and we love to live in Washington. We have a very busy life. It’s exciting as well. And I’m looking forward to work on behalf of the children.

Compare and contrast that with former First Lady Michelle Obama, who perpetually complained about having to serve the country.

On the campaign trail in 2012, President Obama and Michelle whined that the First Lady of the United States is not a paid gig.

“I gotta say that First Ladies right now don’t [get paid], even though that’s a tough job!” the former President said at a campaign stop in Colorado.

Michelle also recently complained that she had a tough time dealing with being First Lady because she had to endure racism.

“Knowing that after eight years of working really hard for this country, there are still people who won’t see me for what I am because of my skin color,” she said, was one of the worst parts about serving.

“…there are still people who won’t see me for what I am because of my skin color.” – Michelle Obama https://t.co/toaidF9Xbp pic.twitter.com/0OCPPcegIB

Then, of course, there was the time Michelle compared living in the White House – the People’s House – to being confined in a prison.

“There are prison-like elements, but it’s a really nice prison,” she said during a White House event in 2013.

“You can’t complain,” she added, before and after she made complaints. “There are confining elements.”

A 2008 book also made the claim that she compared life in the White House to prison, adding that ‘she couldn’t wait to leave.’

Michelle Obama calls it ‘hell’ while Melania Trump calls it an ‘honor.’

It’s good to see somebody treating the role of First Lady with class after so many years of complaints.