OH NO! Michelle Obama Says She And Barack Will Stay Involved in Politics Forever 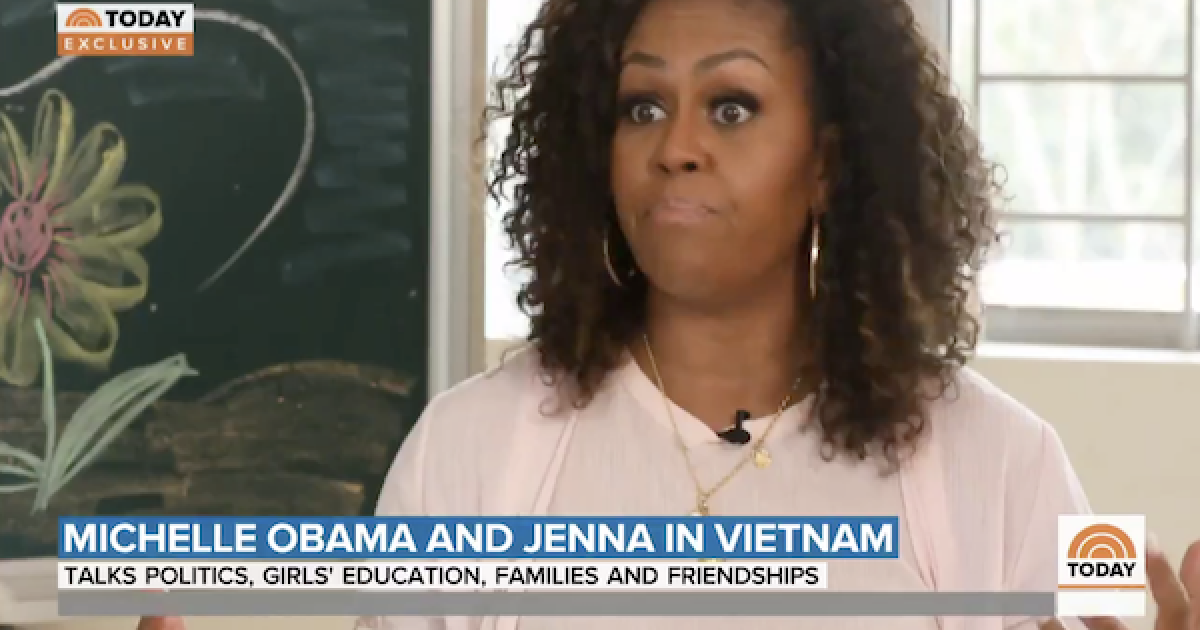 In an interview with the Today show’s Jenna Bush Hager, former First Lady Michelle Obama said she and her husband Barack have one way in which they plan to be involved in politics “forever.”

The conversation, conducted in Vietnam where the two women are promoting girls’ education, began with Mrs. Obama revealing that she and the former President were waiting to see who won the Democrat primary before offering support.

“When it comes to the candidate, we have to wait and see who’s the victor, and then part of it is waiting to see, do they want our help?” she said. “Do they want my help?… I’ll wait to be asked.”

Considering Trump’s stunning victory in 2016 was a rebuke of a perceived third Obama term under Hillary Clinton, whoever wins the primary might want to think twice before enlisting the help of the Obamas.

“When it comes to the candidate, we have to wait and see who’s the victor. And then part of it is waiting to see, ‘Do they want our help? Do they want my help?’ I don’t assume … So I’ll wait to be asked.” @MichelleObama on the 2020 presidential candidates pic.twitter.com/TMGVghI7Dx

Should the chosen Democrat not want Michelle and Barack involved, the former First Couple have another means to “be involved forever,” a frightening prospect for America.

“One of the biggest ways I think I can help is to make sure that people understand the importance of voting and the power of voting in a democracy,” Obama disclosed. “That’s one way that we will be involved forever.”

Getting out the vote may be a worthy endeavor, but when it comes to Democrats, that would also likely involve the votes of felons, illegal aliens, and those not amongst the living.

When asked to weigh in on the subject of Democrat efforts to impeach President Trump, Mrs. Obama could only describe the entire ordeal as “surreal.”

“It’s surreal. I don’t think people know what to make of it. But do I think we can come back from it? Oh yeah,” she conveyed.

She left out that we’ve gone through eight years of Barack Obama’s Antisemitism.

It’s almost a sure bet that she’s not merely comparing the divisive impeachment process to those events, but very likely equating the President’s time in office to those challenging times.

Her claim to be involved with politics forever reminds me of the and of Meatloaf’s Paradise By The Dashboard Lights: