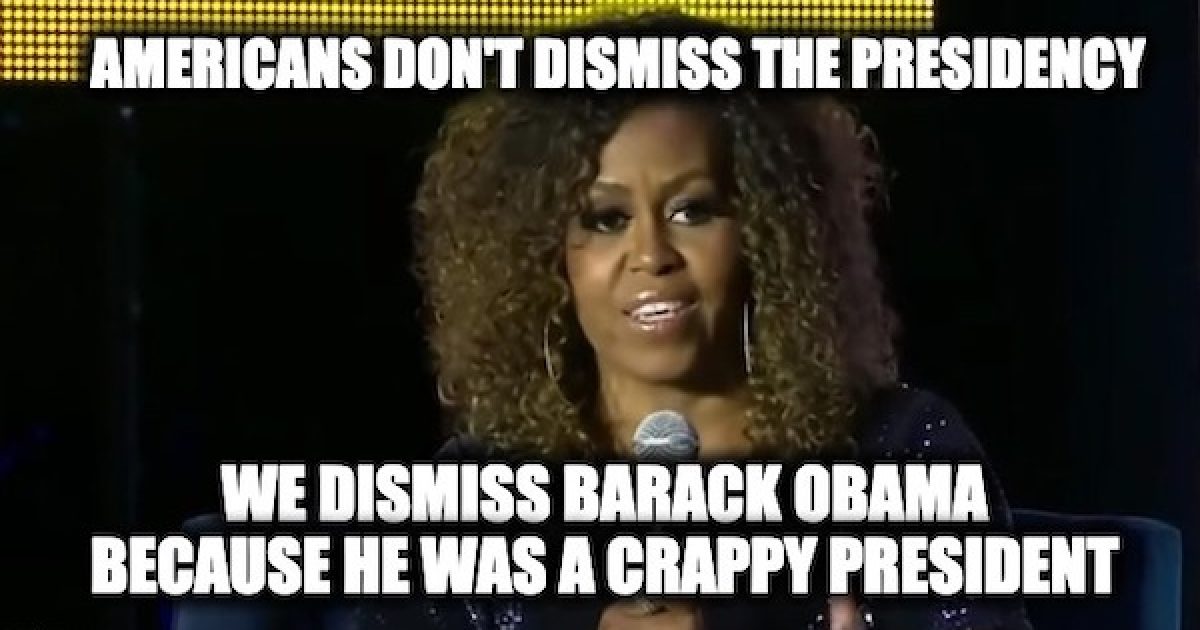 Former first lady Michelle Obama called the United States racist for supposedly dismissing how hard the presidency is because a black man once did it.

On Saturday, Obama said Americans now feel the U.S. presidency is an easy job because a black man recently held the office.

Obama was speaking to Gayle King during the 2019 Essence Festival at the Mercedes-Benz Superdome, Obama exclaimed that husband Barack made the presidency “look too easy,” Fox News reported.

“I guess it’s kind of like if the black guy can do it, anybody can do it — and that’s not true. It’s a hard job,” Michelle told the crowd.

Obama also reminded the audience that she was often portrayed as “an angry black woman who was emasculating her husband.” She added that America is afraid of “the strength of a black woman.”

Indeed, it was Michelle Obama who said that she was never proud of America until her husband became the Democrat nominee.

Just before the Wisconsin primary in 2008, Michelle was attempting to introduce Barack at a rally when she said that, with her husband on the fast track to becoming president of the United States, she was finally proud of America. “For the first time in my adult life, I am really proud of my country because it feels like hope is finally making a comeback,” she said on the stage.

Obama and her surrogates always tried to explain that away saying that she didn’t mean to say she has never been proud of the country, but her words were pretty clear.

You know something?  I have always been proud of America despite that thanks to Barack Obama and his Democratic Party,  Socialism and Antisemitism made a comeback.

At the Essence Festival, the former first lady also took a swipe at President Trump, though she did not mention his name.

“The leader of the free world with a tweet can start a war, can crush an economy, can change the future of our children,” she said. Obama then insisted that the president must have “deep seriousness and focus… with a clear base of facts and ideas.”

Or Michelle Obama’s husband, the leader of the free world can “lead from behind,” apologize for America, call any dissenting opinion racism, throw allies under the bus with a deal giving Iran the bomb, promote Antisemitism, over-regulate the economy preventing a recovery, and much, much, more.