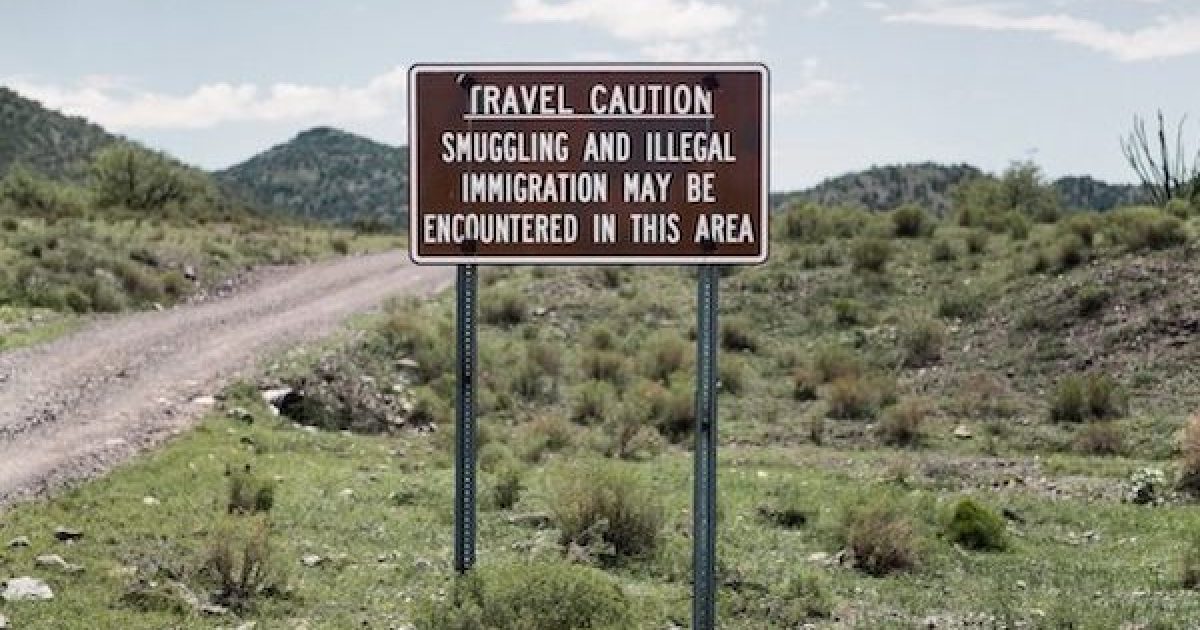 Ronald Reagan trusted the Democrats in 1986 when he gave them amnesty for illegals in exchange for border security. The illegals got their amnesty, but America never got border security. And now Ronald Regan’s son is warning President Donald Trump not to get taken. Michael Reagan cautioned Trump that he must stick to his guns if he ever wants funding for a border barrier to be passed by Congress. Reagan’s comments came just as the government was about to shut down.

“Hey @POTUS in 1986 my father made a deal with the Democrats Amnesty for Border Security my father is still waiting,” Reagan tweeted Thursday. “U have no choice its now or never..#BuildTheWallNow.”

Hey @POTUS in 1986 my father made a deal with the Democrats Amnesty for Border Security my father is still waiting.U have no choice its now or never..#BuildTheWallNow

The Immigration Reform and Control Act of 1986 allowed any illegal immigrants who had been in the U.S. since 1982 to receive temporary legal status and eventually become eligible for green cards if they learned English.

The legislation also attempted to boost border security by increasing funding for the Immigration and Naturalization Service and the U.S. Border Patrol, although it did not call for a border wall. The measure also sought to crack down on illegal immigration by barring employers from knowingly hiring illegal immigrants.

That was the fundamental failure, In exchange for amnesty, Congress was supposed to fund and enforce the other half of the deal—to make it illegal to hire or recruit illegal aliens, and there was supposed to be an immediate 50% increase in border security. While the budget for border security has more than doubled since 1986, the border buildup didn’t begin happening until the mid-1990s.

The most significant loophole in the 1986 law was the word “knowingly,” It isn’t against the law for an employer to hire an illegal alien, only to knowingly hire an illegal alien. Potential employees are supposed to use a form I-9 and swear that they are eligible to work in the U.S., employers have to declare they looked at the I-9, and one of over two dozen types of identification documents as outlined by the Department of Homeland Security. The materials include items such as passports, drivers licenses, green cards, student IDs, etc.

The problem is that it’s easy for employers to follow the letter of the law, and many illegal immigrants are turning in forged documents. Employers don’t know how to recognize the fake papers, and thanks to the word knowingly, they aren’t required to be able to “check” the legitimacy of the documents.

As for E-Verify, employers are not required to use it, and even they were required, according to the CATO Institute, E-Verify has the same problem as the I-9:

An audit of the system by the firm Westat found that an estimated 54 percent of unauthorized workers were incorrectly found to be work authorized by E-Verify because of rampant document fraud.  E-Verify relies upon the documents presented by the workers themselves to their employer.

Trump has been battling Congress for $5.7 billion in border security spending including a wall, and despite that he voted for the Secure Fence Act of 2006 Chuck Schumer has rejected any expenditure on a wall, fence or any border barrier. Truth be told, Schumer has refused wall spending and forced a government shut down because he doesn’t like President Trump.

Because of a loophole added to the 2006 Fence Act by Kay Bailey Hutchison (R-TX), the Obama Administration was able to stop the construction of the double-layered fence with barbed wire on top and room for a security vehicle to patrol between the layers, required by that bill. Only 36 miles of that fence was built which is another reason for the present shutdown.

In any case, Michael Reagan is 100 percent correct. The 1986 amnesty bill is didn’t work as promised, and the last attempt to solve that problem with a wail was scuttled by Obama. Therefore President Trump needs to insist on a border barrier now, without loopholes.’

Thankfully It looks as if President Trump agrees with Michael Reagan’s advice.