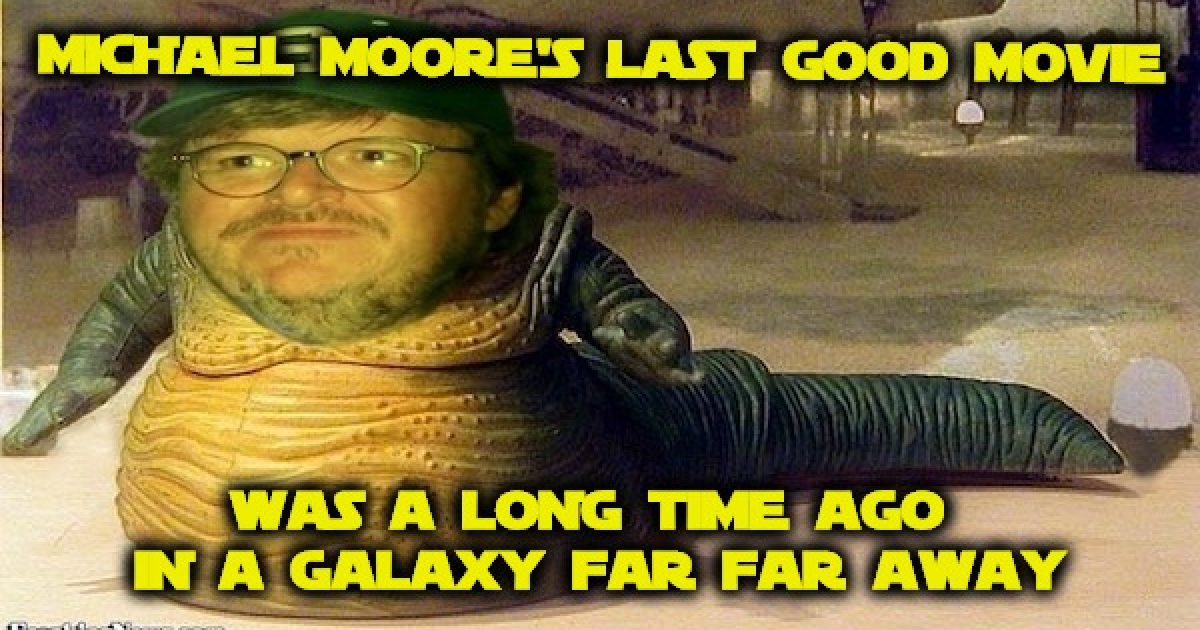 Extremist liberal documentary filmmaker Michael Moore bloviated on MSNBC that the Republicans 2017 tax cut was an act of “terror.”

All the Republicans in that photo you showed standing there on the steps with him a year ago today all looking so slap happy and ah, remember it’s not just Trump, all of the Republicans, all of them, nobody has had the courage to stand up and say this is wrong, this is un-American. This hurts this country. This is— this tax cut in a sense an act of terror because it’s going to make the people who are already struggling to get by that much harder to get by.

Michael Moore’s moronic liberal comment did not win him any friends on Twitter–okay the guy got eviscerated.

MICHAEL MOORE: GOP TAX CUT ‘IN A SENSE WAS AN ACT OF TERROR’

Look out he’s out again.

Who in their right mind listens to this guy?

“Jabba the hut”needs to keep out of https://t.co/B9pZpSbBl1 one cares to hear his opinion on this or anything

This living breathing turd ???? realized how to capitalize off the left by just blending in with the rest of them a task you see for yourself is a piece of cake for this moron pic.twitter.com/IndOC5EJek

PROOF
FACTS
DON’T
MATTER
TO A DAMN
DEMOCRAT
The Federal Government will bring in more money than any year in our history with about a 8% increase over previous year. Just exactly what about this is terror?

Most disgusting fat useless pig on the pic.twitter.com/bzqmYKMF1s