The Sin Of Michael Flynn Was Lying To Liars, Not Colluding With Russians 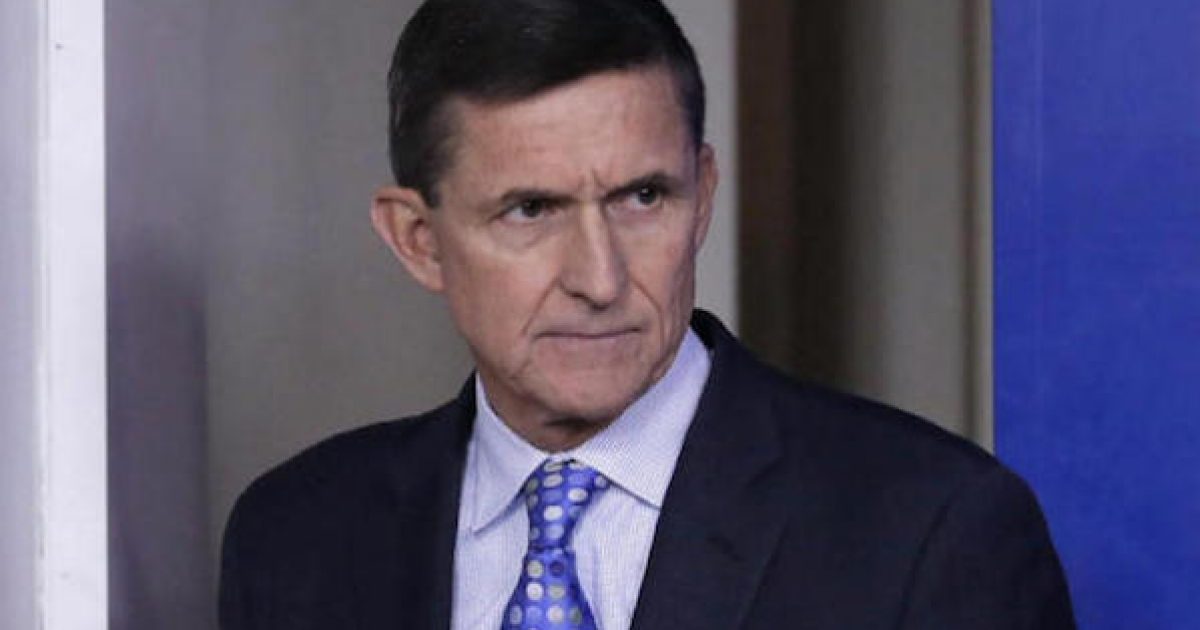 By Ilana Mercer and Jeff Dunetz

Retired US Army Lieutenant General Michael Flynn’s sin was lying to liars with carte blanche to indict, not colluding with Russians.

In a fit of pique, then-President Barack Obama had expelled Russian diplomats from the United States. K. T. McFarland, Flynn’s deputy in the Trump transition team, worried that Obama’s expulsion of the diplomats was aimed at “boxing Trump in diplomatically,” making it impossible for the president to “improve relations with Russia,” a promise he ran on. For her perspicacity, McFarland has since been forced to lawyer-up in fear for her freedom.

To defuse President Obama’s spiteful maneuver, Flynn spoke to Ambassador Kislyak, the upshot of which was that Russia “retaliated” by … inviting US diplomats and their families to the Kremlin for a New Year’s bash.

Present at the Kislyak meeting was Jared Kushner, the president’s son-in-law. Kushner likely instructed Flynn to ask Russia to disrupt or delay one of the UN Security Council’s favorite pastimes: passing resolutions denouncing Israeli settlements. Kushner, however, is protected by Daddy and the First Daughter, so getting anything on Jared will be like frisking a seal.

One clue as to the extent of the Federal Bureau of Investigation’s violations, here, is that Flynn had committed no crime. Laying the cornerstone for the president-elect’s promised foreign policy—diplomacy with Russia—is not illegal.

Perversely, however, despite the fact they were lying themselves lying to the FBI is illegal.

The US Government enjoys a territorial monopoly over justice, but under the Administration of Barack Obama and their deep state leftovers, sometimes what they called justice is really just political vendetta.  If you doubt this ask the conservative organization targeted by the IRS. Or ask yourselves to which higher judicial authority can Flynn appeal to have his state-designated “criminal” label reconsidered or rescinded? Where can he go to recover his standing?

By legislative fiat, the government has turned this decent man and many like him into common criminals.

An easy way for the government to create criminality where there is none is to make it a crime to lie to its agents, in this case, the FBI, which is Deep State Central. The object of creating bogus categories of crime, naturally, is to leverage power over adversaries; to scare them.

Likewise was Martha Stewart imprisoned—not for the offense of insider trading, but for lying to her inquisitors. During interrogation, the poor woman had been so intimidated, so scared of conviction—wouldn’t you?—that she fibbed. The lead federal prosecutor in her case was the now-notorious James B. Comey. (See “Insider Trading Or Information Socialism?“)

This kind of entrapment—the criminalization of the act of lying to the government, in Flynn’s case about a non-crime—is facilitated under the unconstitutional Section 1001 of Title 18, in the United States Code. It makes it an offense to make “a materially false” statement to a federal official—even when one is not under oath.

It’s perfectly fine, however, for said official to bait and bully a private citizen into fibbing. By such tactics, The State has created a category of crime from which a select few are exempt.

This s all about the “Special Prosecutor” law. When appointed a special prosecutor’s job is to throw people in jail, even if it has nothing to do with why the prosecutor was hired. Mueller was hired to investigate possible Russian tampering with the 2016 presidential campaign. And because he hasn’t found any collusion on the Trump side he’s finding people to indict any way he can.  I am half surprised that Mueller hasn’t indicted a team Trump official for pooping in their diaper at age 1 month.

Yet another tool in the Deep State toolbox is to lean on family members in order to extract a confession. To get Flynn senior to confess, U.S. Special Counsel Robert Mueller is purported to have threatened Mike Flynn junior with a legal kneecapping.

Ultimately, The State has overwhelming power when compared to the limited resources and power of an accused. The power differential between The State and an accused means he or she, as the compromised party, will cop a plea.

The Michael Flynn guilty plea bargain, if you will, is nothing more than a negotiated deal which subverts the very goal of justice: the search for truth.

In the process of hammering out an agreement that pacified a bloodthirsty prosecutor, Flynn’s punishment for doing nothing wrong has been reduced.  President Trump’s former national security adviser will still have to sell his home to defray the costs of a federal onslaught.

Is this the rule of law, or the law of rule? The question is a rhetorical one.