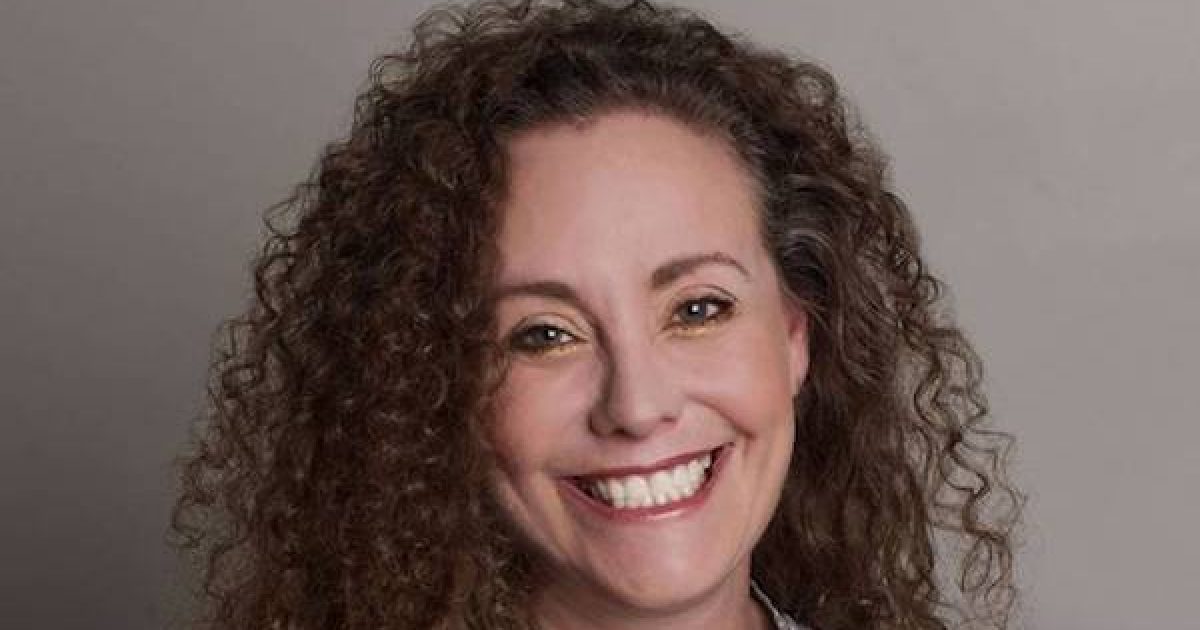 Julie Swetnick is the supposed rape victim, who alleges that in 1982, she was a victim of a gang rape at a party at which Mr. Kavanaugh and a high school friend, Mark Judge, were present. She says she told at least two other people about the incident shortly after it occurred. She said she believed she was drugged “using Quaaludes or something similar placed in what I was drinking.”

But if she knew that they were spiking the drinks why did she keep going to the parties? And why did they wait until the day before the Ford/Kavanaugh hearing?  Sorry but this smells.

Below is the Avenatti-provided sworn declaration: 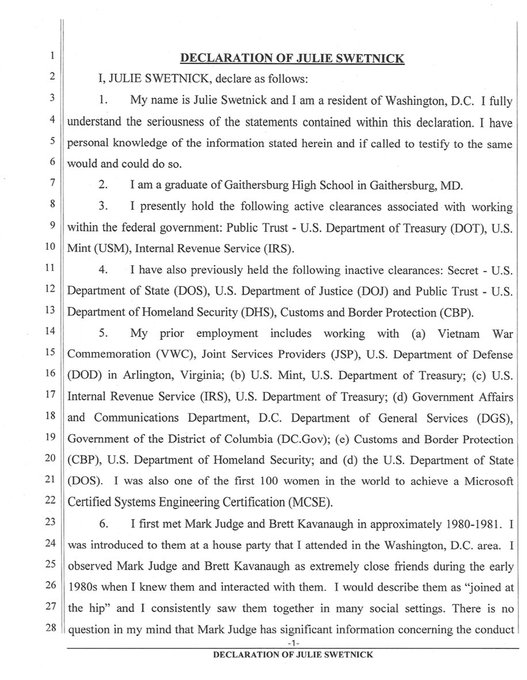 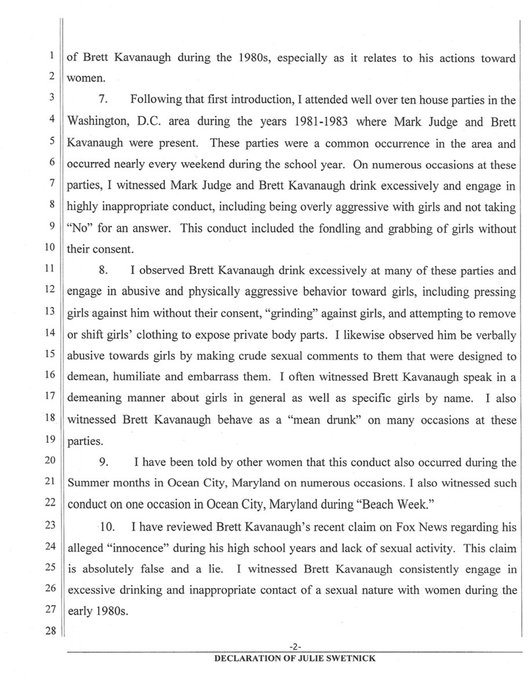 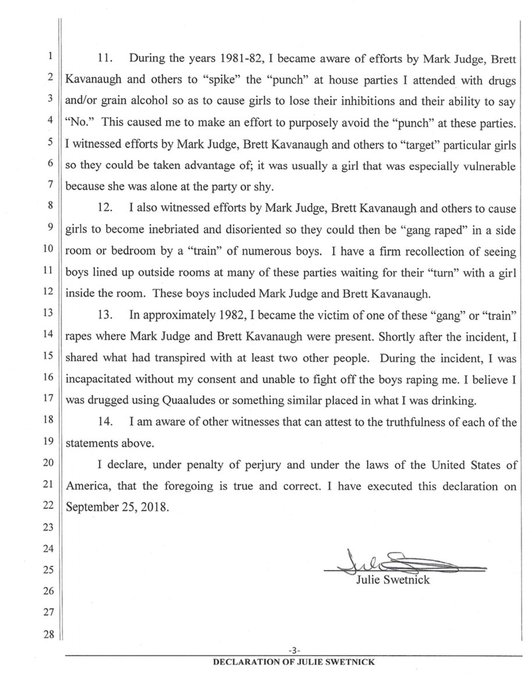 Judge Kavanaugh has vehemently denied allegations of misconduct from two other women and has broadly said he has never engaged in sexual misconduct.

Mr. Judge’s lawyer said in an email that she hadn’t yet seen the allegations.

The Senate Judiciary Committee said Wednesday that its lawyers were “in the process” of reviewing the declaration, which it said Mr. Avenatti had provided to the committee Wednesday morning.