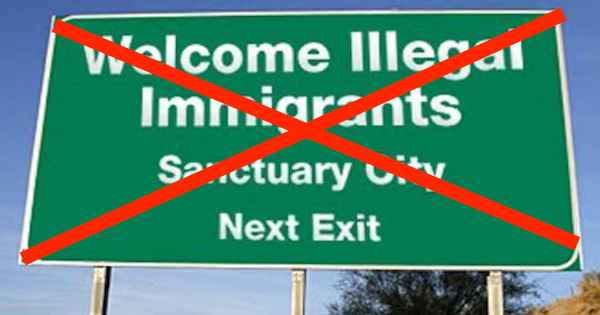 “In light of the provisions of the Executive Order [Wednesday], I direct you and your staff to honor all immigration detainer requests received from the Department of Homeland Security,” Mayor Carlos Gimenez told the county’s corrections department, in a letter reported by the Miami Herald.

Unlike cities like San Francisco, Miami-Dade never declared itself a “sanctuary” and has resisted the label ever since the Justice Department listed the county as one in a May 2016 report. Foreseeing Trump’s crackdown on “sanctuary” jurisdictions, the county asked the feds to review its status last year. A decision is still pending.

In an interview with the Miami Herald, Gimenez, a Republican who attended Trump’s inauguration last week but said he voted for Hillary Clinton, said he made a financial decision. Last year, the county declined to hold some 100 inmates wanted by the feds. Keeping them in local jails would have cost about $52,000 — a relative drop in the bucket for a county with a total annual budget of $7 billion. 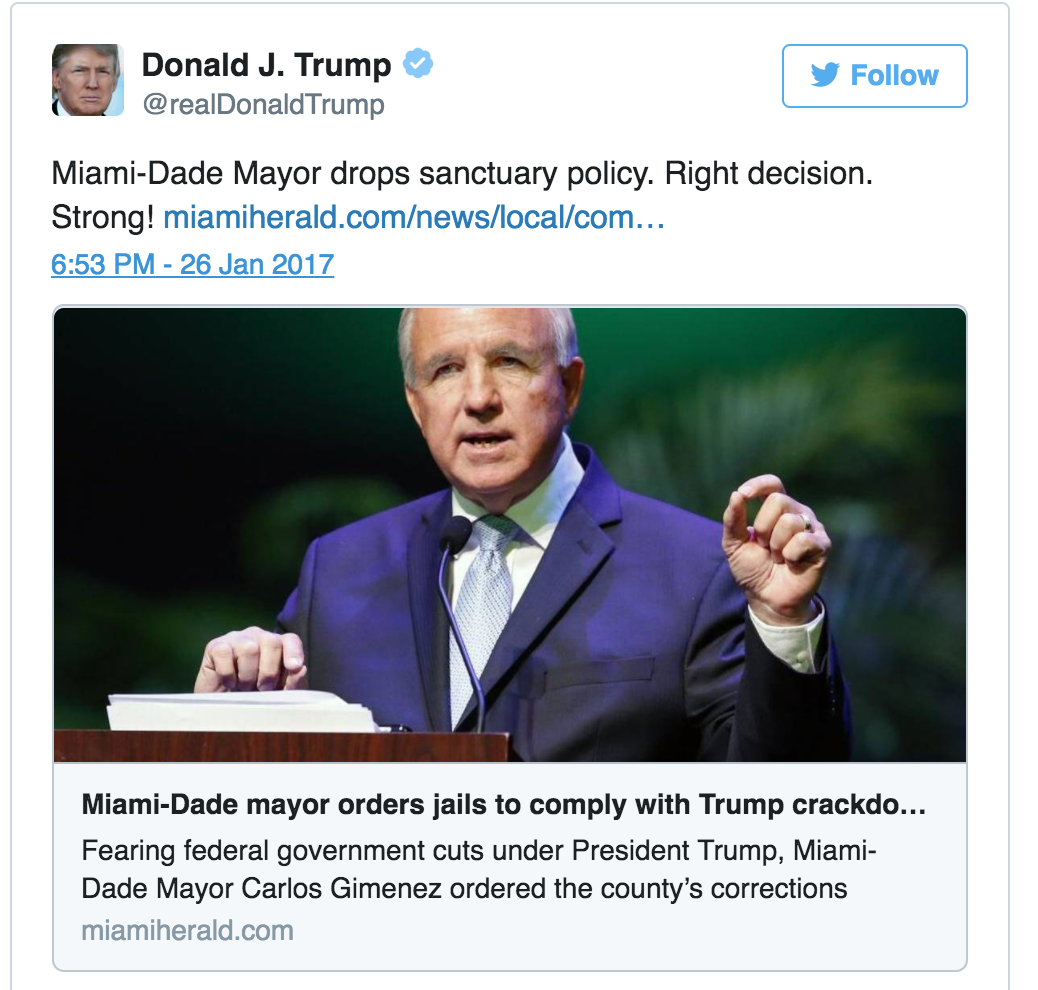 Howard Simon, executive director of the Florida chapter of the American Civil Liberties Union, denounced Gimenez’s action, saying that it “flies in the face of Miami’s long history as a city of immigrants” and predicting it will “drive a wedge of distrust between law  enforcement and our immigrant community.”

Gimenez told Fox News that the declined to put, I mean criminally trespassing aliens in Jail because the feds wouldn’t pick up the cost of around $52,000 to hold the 100 inmates wanted by ICE.

The mayor’s spokesman told Fox News that the county had been assured that federal authorities would remove the detainees in a timely fashion in an effort to cut down on the detention costs to the county.

Holding the ones they arrest for other criminal reasons is a big step. Remember Kathryn Steinle was killed last year by someone who was deported five times and despite a request by ICE to hold him was released by the San Francisco sheriff’s department because they are a sanctuary city.