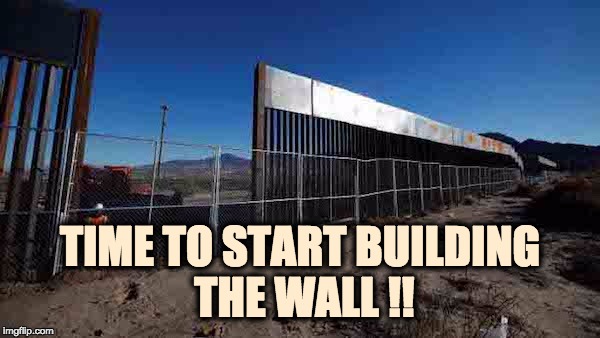 The United States, helmed by President Donald J. Trump, cannot bolster security on our southern border quick enough, especially because the Mexican drug cartel violence is creeping toward our borders.

While Trump’s grand plan for a “big, beautiful” wall on our border with Mexico has been stymied by liberal congressmen and noncommittal republicans alike, a war has been raging that threatens the sanctity of American border states.  You see, in Mexico, drug cartels are some of the most powerful entities in existence.  Their turf wars and ability to corrupt entire local governments has given them the sort of power that Al Pacino’s “Scarface” character could only dream about.  With thousands of bodies already under their belt, the vicious fighting of the Mexican drug wars is only gaining intensity.

Now, as this violence begins to creep nearer to the U.S. border, many Americans have taken notice and are demanding action.

“At least 15 gunmen were killed during a fierce clash between the Sinaloa cartel and their rivals, La Linea, in the southern part of Chihuahua.

“The fighting took place in the rural community of Madera in the southern part of the state where a faction of the Sinaloa Cartel, called Tigers or Tigre, clashed with the La Linea faction of the Jaurez Cartel.

“According to official information provided to Breitbart Texas by the Chihuahua government, at least 15 gunmen died during the fighting. Authorities were able to arrest five other gunmen and seized 13 vehicles containing five machine guns and one handgun.

America’s failed “war on drugs”, along with a swiftly transforming view on marijuana have also affected the violence south of the border.

While recreational marijuana is only legal in a handful of U.S. States currently, a majority of states do offer some form of decriminalized marijuana.  Studies show that this increase in legal-ish marijuana usage works to decrease the effects of the U.S. opioid epidemic as those struggling with addiction to the powerful pain meds are finding a non-habit-forming alternative with marijuana.

The cartels in Mexico are not only responsible for a great deal of the illegal marijuana that is circulating throughout the U.S., but they are also the number one supplier of heroin to the nation.  Heroin, which is far cheaper than its doctor-prescribed facsimiles, has been increasing in use and visibility in recent decades thanks to Americans succumbing to opioid addiction and poverty.  By increasing the amount of legal marijuana available to Americans, both the opioid epidemic and the wealth of the Mexican drug cartels will begin to fade.

Of course, these cartels are currently lashing out in order to maintain their bottom line as more and more Americans turn away from illegal narcotics shipped north from Mexico, and begin to experiment with our nation’s newest cash crop.