If Meghan McCain Questions Your Commitment To The GOP, You’re Hopeless 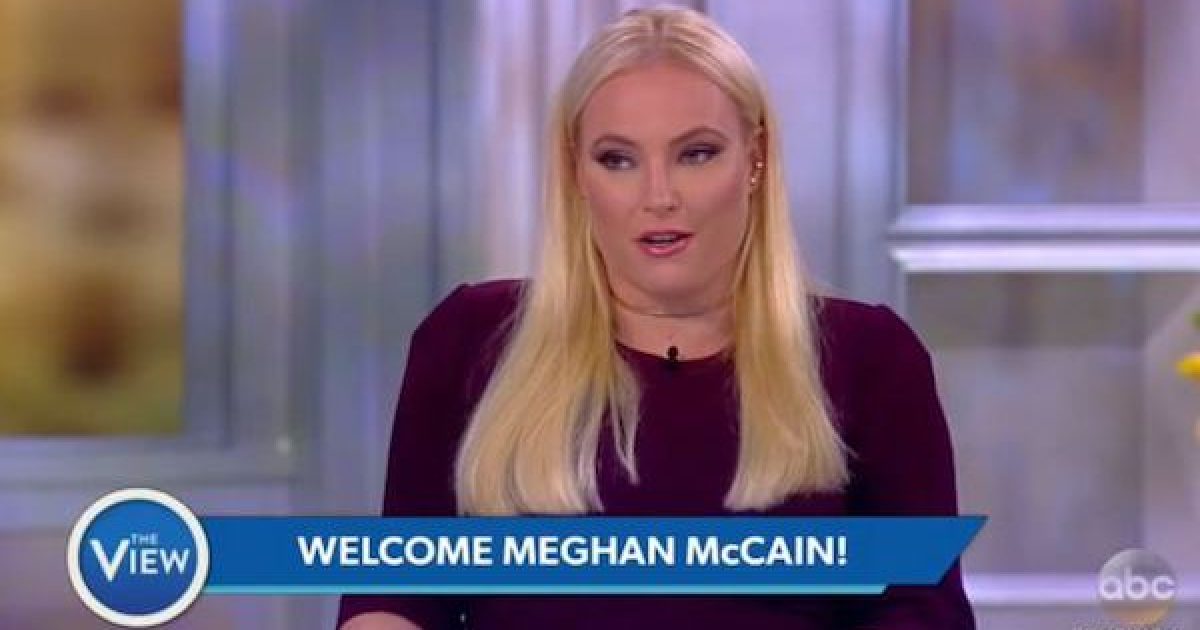 Even though she hates almost everything Republican, Meghan McCain self-identifies as a member of the GOP. It’s hard to think of other people who call themselves Republicans but hate GOP stances and candidates more than Ms. McCain. Perhaps two GOP names that pop into my mind as ranking below McCain in terms of hating Republican positions and candidates are Jennifer Rubin and Ana Navarro. Earlier today McCain battled one of them, Navarro.

The View was like a no holds barred match today as Meghan McCain and Ana Navarro got into a heated argument on Monday over the government shutdown and DACA.

Liberal host Sunny Hostin blamed the shutdown on Trump, saying he set “this whole thing in motion,” with his order to DACA last September. “The Republicans had eight years to do something about DACA,” she griped.

Joy Behar jumped in to complain that Republicans wanted to take away funding from the military and their families with this shutdown. She followed by ripping the GOP for

Navarro of course, agreed with Behar, saying that Republicans were playing a political game over this spending bill.

“I would say to Mitch McConnell, I would say to everybody because it’s going to happen on both sides, do not play with the people that are defending our national security that are putting our lives at risk,” claimed Navarro.

McCain slammed the two reminding them they didn’t make the same claims about Obama and the Democrats when the government was shut down in 2013 and that, “Democrats are playing partisan politics in the exact same way” the GOP did in 2013.

Then she turned her attention to her fellow pseudo-Republican:

“I agree with you Ana, that this should be an easy layup quite frankly on both sides because of how popular it is, but to sit here and say this government shutdown has anything to do with my or the Republican party’s love for the troops is just intellectually dishonest.”

The two began to argue as Whoopi tried to get them to settle down. That’s when Meghan delivered the coup de grace

“I understand that DACA is a very emotional issue at this point but most Republicans are on my side on this one, Ana, and it’s really difficult for me to understand sometimes why you still consider yourself a Republican,”

When Meghan McCain questions your loyalty to the Republican Party, you must be really bad…watch the video of their argument below: