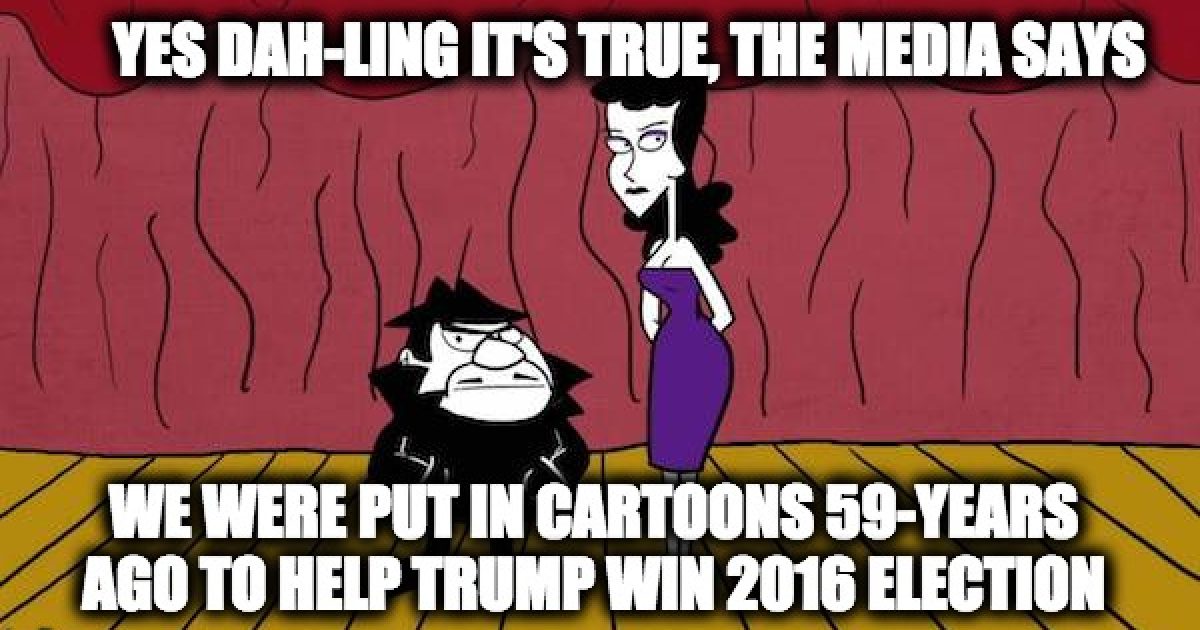 The liberal media has to calm down and stop seeing the effects of a Russian conspiracy in what is actually just the ordinary drama of policy and politics. Or as Sigmund Freud was credited with saying (but probably never did), “sometimes a cigar is just a cigar.”

Chuck Ross had a helpful article for the Daily Caller News Foundation this past week in which he recounted three recent instances of journalists giving source information to the Justice Department and FBI.

As Ross suggests, the trend is unusual and definitely worth noting.  Two of the instances are pretty well known at this point: David Corn giving the Steele dossier to the FBI, and a handful of AP reporters giving the FBI specifics on evidence about Paul Manafort.

The third instance is not as well known, however.  And it bears examination – not so much because independent blogger Marcy Wheeler outed a source to the FBI, as because of the reason she cited for doing so.

Wheeler, who operates the blog “Emptywheel “(occasionally cited in my posts at LU), wrote on 3 July about her decision in 2017 to provide “information on a person whom [she] had come to believe had played a significant role in the Russian election attack on the US.”  Apparently, the person was in text correspondence with her in 2016.

Wheeler gives two reasons for writing about her decision now, instead of waiting for the public revelation she expects on the individual she warned the FBI about.  One reason is that she believes events have proved that the person was part of a conspiracy with Russia.

But she speaks in the blog post about suspecting that individual of trying to tamper with her website, and of having experienced what she “perceived to be a real threat” several times since sharing information on the person with the FBI.  I certainly don’t suggest that there is nothing real going on, or that Wheeler has no reason to be concerned.

But I do find her conclusion about the conspiracy dubious if it’s based on what she lays out.  Apparently the decisive development for her – the one that prompted her to write the blog post on 3 July 2018 – was the news that the U.S. and Russia were nearing a “deal” on Syria.  She gleaned the most recent information from an article by David Ignatius on 28 June, describing a deal “that would preserve power for Syrian President Bashar al-Assad in exchange for Russian pledges to restrain Iranian influence.”

For Wheeler, this was apparently evidence of undue Russian influence in the Trump administration: because her suspect correspondent had texted her on 9 November 2016 that Michael Flynn would be “speaking to Team Assad in the next 48 hours”; i.e., as one of the first priorities of the incoming Trump team.

The correspondent referred to his knowledge about this as “A 1” quality “intel.”  Wheeler seems to have pieced together what the person meant by parsing Jared Kushner’s statement to Congress in July 2017 about the transition team’s contacts with former Russian ambassador Sergei Kislyak, and comparing it to a Brian Ross report that Trump had asked Flynn “shortly after the election” to be the transition team’s point person on Syria.

It appears that in judging these events, and the U.S.-Russia negotiations, to be under the influence of conspirators, Wheeler is keying on whether it looks to her as if the priority of the Trump effort in Syria is to defeat ISIS or preserve Assad in power.  She cites this passage from the Brian Ross report:

The source said Trump phoned Flynn shortly after the election to explicitly ask him to “serve as point person on Russia,” and to reach out personally to Russian officials to develop strategies to jointly combat ISIS.

Then she conveys her basis of concern this way:

The text sent to me matches both those reports — indeed, it makes it clear that “shortly after the election” means just over 14 hours after polls closed. But the text doesn’t come from anyone, like Kushner or Flynn, inside the Trump team. It comes from someone who, I believe, had already done real damage to the United States as part of the Russian attack. That person understood the cooperation with Syria in terms of the US backing Bashar al-Assad, not in terms of fighting ISIS.

That sequence set up her reaction to the Ignatius article:

I’m making this public now because a David Ignatius report Thursday maps out an imminent deal with Russia and Israel that sounds like what was described to me within hours of the election. This deal appears to be the culmination of an effort that those involved in the Russian attack worked to implement within hours after the election.

Now, I wouldn’t necessarily agree that any action from November 2016 shows a definitive connection to whatever deal with Russia may be impending.

But that, itself, is really the point here.  If Wheeler took off her tin-foil hat and provided a  non-conspiracy reading of this sequence of events, it would look much different. It would read that the incoming president assigned his likely national security adviser to take point on the Syria issue. A lot of people with diverse views – coming and going through a revolving door, in fact – have been working on the Syria issue since then; and a deal is being negotiated that David Ignatius hears will entail Assad retaining his position for the time being.

We have yet to see if the latter is even valid information.  But the whole issue here is a policy development, on which reasonable people can, and do, disagree – without anyone conspiring with anyone else.

I don’t want to see Assad remain in power myself, and have argued since 2011 that we should strong-arm Russia to get him out of there.

But some people are equally confident that the best way to defeat ISIS, from where we are today, is to let Assad take back the remaining ISIS-held territory in western Syria.

For those people, accepting a bit more longevity for Assad is fighting ISIS.  They regard this as the pragmatic view.  And while I don’t agree with it, one point they have on their side is that there is no instrument of U.S. policy that justifies using force to eject Assad.  The authorization for the use of military force (AUMF) under which we are intervening in Syria limits us to fighting ISIS.  If Assad’s allies – Russia and Iran – make tolerating Assad the price of our latitude to fight ISIS on Syrian territory, we can either accept that or get ourselves a new AUMF.

Before concluding, I would just add that we don’t know yet how anything Trump is actively negotiating is going to turn out.  Prognostication doesn’t have an excellent track record so far.  Certainly not prognostication that seeks to divine a Russian hand in whatever Trump does.

Why would Russia want the U.S. to walk away from the JCPOA with Iran, for example?  Or get our NATO allies to spend more on their militaries – pretty much the opposite of what Putin desires?  Or change the dynamics of the Far East to open the real possibility of weakening North Korea’s alignment with China?

Exit point: if a telling detail for Marcy Wheeler is that the reported dispatch of Flynn on Syria-related business came so shortly after the 2016 election, what does it mean that Obama adviser Rob Malley was reportedly dispatched to talk to Syria and Egypt immediately after the 2008 election?  Does it indicate there was a foreign conspiracy to exert undue influence over the incoming Obama administration’s policy?

My intent here is not to single Wheeler out or belittle her concerns about any perceived threats to herself.  The purpose is to point out that she seems to be seeing the effects of a conspiracy in what is actually just the ordinary drama of policy and politics.  If we are to take the purported motives of David Corn and the AP reporters at face value, the same can be said of them.

This may seem minor in the light of one or three cases.  But it is not a benign problem.  It has already prompted Wheeler to tell the FBI she thinks someone is conspiring with Russians.

Too often now we see people on the Left insisting that there must be dark evil at work, including actual conspiracies, if they dislike policy outcomes.  This is the sort of thing fringe-right groups like the John Birch Society were made fun of for during the Cold War.  It’s what Alex Jones’ Infowars is made fun of for today.  But in too many cases, it has become a common, even accepted view on the Left – which is certainly hard on the concept of “mainstream” ideas and public consensus.  And when it plays a role in folks “informing” on others to law enforcement, it’s time to worry about what’s going on in people’s heads.