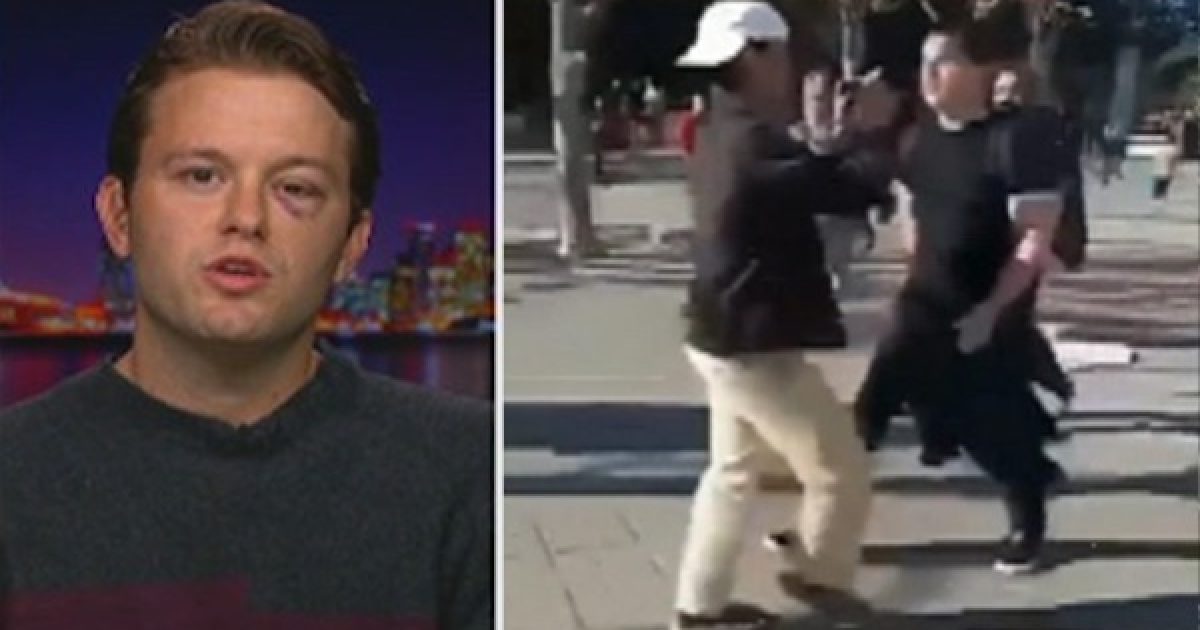 The media continues to act as if it is worried about “political violence.” But, in truth, it only cares to look for such violence if it is coming from the right side of the political aisle. We know this is true because time and again the media ignores actual violence committed by leftists. This week we have yet another example of the media completely ignoring violence from the left as a video that shows a leftist physically assaulting a conservative student on the campus of UC Berkeley spreads across the Internet.

A student who was hosting a table to talk about Turning Point USA was physically assaulted by a left-wing student on Tuesday, according to the Daily Cal.

Here is the altercation from my friends perspective. Conservative activists, take note. This is exactly the right thing to do, and I am so proud of him for recognizing the situation and not retaliating with violence. pic.twitter.com/QEuJWEQtz8

Per the Daily Californian:

The victim said that he had been tabling for the conservative group Turning Point USA on Tuesday at about 3:29 p.m. when two males approached the table. The victim, identified by Turning Point USA as Hayden Williams, added that a verbal altercation ensued, and he began filming the interaction with his phone, according to the alert. The video was posted on Twitter Thursday morning by campus junior Bradley Devlin, former president of Berkeley College Republicans [above]

“You are f**king encouraging violence,” one of the two suspects said in the video.

The suspect proceeded to slap the phone out of Williams’ hand and knock over the table, according to Williams. While he and the suspect struggled for the phone, the suspect punched Williams several times, causing injury to the victim’s eye and nose, the alert said. 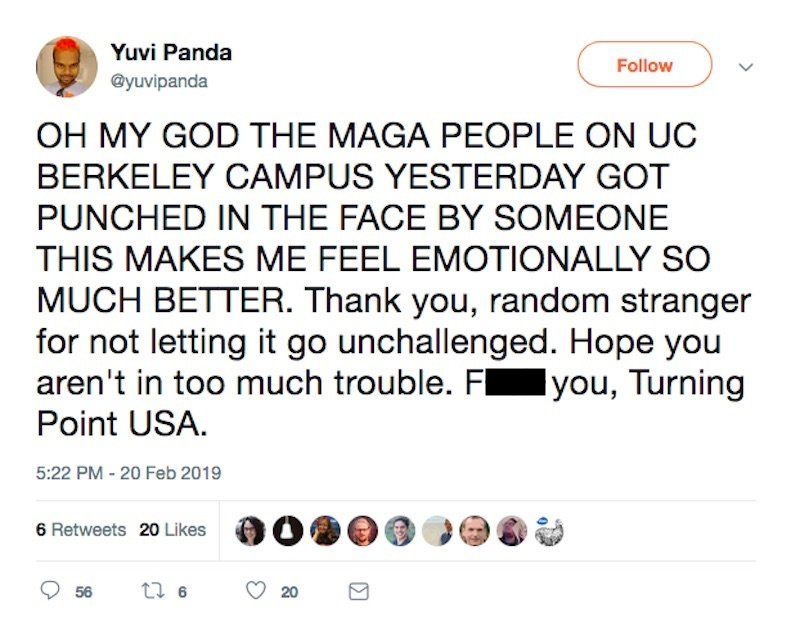 After his tweet, the cowardly Mr. Panda locked his twitter account. The school says they didn’t agree with Panda but there was nothing that could be done because it was done while he wasn’t working.

Hayden Williams, the student who caught the punch with his eye looked pretty beat up:

My friend, Hayden, wants to thank all of you for the love and support. He’s giving you a wink, and wanted to let you know you’ll be hearing from him soon! pic.twitter.com/6kPmFZgQgz

This incident happened days ago, and no one in the media has bothered to report it.

Now, we know darn well that if this video depicted a conservative attacking a liberal, it would have led every news program in the nation. It would be used to “prove” that conservatives (or anyone who has been in the same room as a MAGA hat) are dangerous to society. They were all over the Covington High School kids even before it was proven they did nothing wrong, and the initial reaction to the fake Jussie Smollett story was that it was an example of conservative hatred or how a MAGA hat drives people toward violence.

But as is their practice, the mainstream media continues to ignore the real source of political violence–crazy liberals.

Parts of this post was first seen at FlagandCross