She Expands Her Security Detail While Trying To Defund The Police 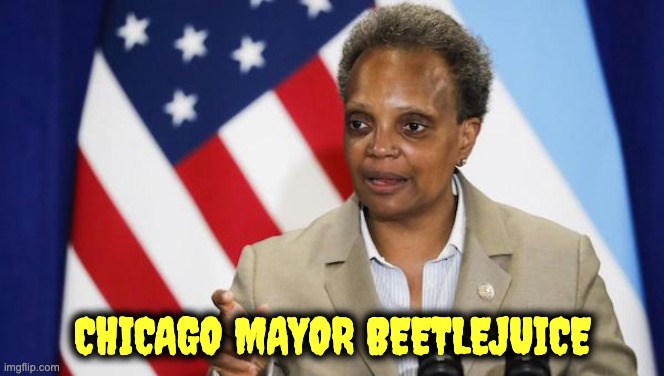 Unit 544 is a secretive police detail created for Chicago Mayor Lightfoot’s own security in 2020. It was created the same year as she proposed $80 Million in cuts to the Chicago Police Budget. It was the year of “defund the police,” and she played it to the hilt. All while ensuring she was covered against the protests that occurred that year and beyond. The unit is in addition to her 20 officer protective detail and now includes 65 officers plus 5 Sergeants and a Lieutenant.

Per John Catanzara, President of the Chicago Police Union:

While murders are soaring, while districts are barebones for manpower, all that matters is protecting her castle.

Unit 544, also known as the Government Security Detail, was discovered in city documents obtained by the Chicago Sun-Times. Mayor Lightfoot confirmed the existence of Unit 544 and said that it was meant to “unify” the command structure of those assigned to protect her.

“We thought, and this is way before the protests or anything else, it just didn’t make sense. Because, you know, if there was some kind of emergency at City Hall, for example, the right hand wouldn’t necessarily know what the left hand was doing because they all reported to different chains of command.

“And then obviously, in 2020 in particular, there were a significant amount of protests all over the city, and some of them targeted at my house. All the more reason why having a unified command to understand and share intelligence and be ready to respond if there was any kind of threat was very important.”

Mayor Lightfoot is taking quite a bit of heat to create her own personal protective detail in Unit 544 and making it so secretive. Crime in Chicago is running rampant, but she has protected herself above all else. A candidate running for Illinois State Representative, Keith Thornton, a 911 Chicago dispatcher, told Fox that her “double standard” concerning police was “crazy.”

She completely defunds the police,” Thornton told co-host Brian Kilmeade. “She’s not for the police at all, and… not only that, but we have in Chicago crime soaring through the sky… it’s crazy

In an incident in February 2022, a man angry over parking tickets was arrested for discharging a firearm near her home. He was charged with stalking and reckless discharge of a firearm. It was a wake-up call that more of those “defund the police” folks should heed.

“I thank God for the police protection that we have, but this one is really unnerving. And scary…

“When somebody shows up at your house, clearly going through a mental crisis, with a loaded gun, that’s frightening.

“This was real. And it scared us. I’m not gonna lie. It was very, very frightening. So I’m thankful for the quick work of the police department to really protect us against this real threat.

If she really thanks God for the police who saved her butt from a mental person, she should realize that all Chicago citizens need help. With crime off the charts in her city, she should move to work with police to help everyone instead of creating her own private police force.