The People Answer the May Day Call of Distress 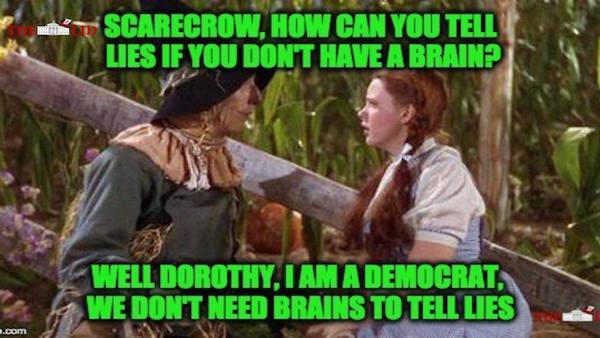 In the beloved film The Wizard of Oz, Dorothy learns that she never needed a phony wizard to help her go home. She had the power all along. May Day

Asked why she didn’t tell Dorothy this in the first place, the Witch of the North explains that Dorothy had to find that out for herself.

Under the guise of the changing facts of coronavirus, false and misleading statistics, inflated projections, and even more inflated egos, elected officials and un-elected bureaucrats have robbed healthy, law-abiding citizens of their liberties.

After compliance, patience, and reasonable concern about the unknown effects of the virus, a growing number of Americans have discovered that they don’t have to beg bureaucrats for their freedoms. They had the power to reclaim them all along, but they had to find that out for themselves.

Numerous Constitutional Law experts have said that even a state of emergency does not entitle a Governor to suspend the Constitution and the Bill of Rights. They have the responsibility to impose the least possible restrictions on our fundamental freedoms. According to Rob Natelson of the Independence Institute, this has been tested in two cases. Governors have lost both.

Democrat Governors, in particular, have done just the opposite. By the time a case like this would reach the Supreme Court, bankruptcies would abound, and businesses would be long gone.

Is it any wonder that Democrats have been going for broke to overthrow Donald Trump in part, so we will have a Supreme Court of activist Justices rather than originalists?

The landmark “Gridlock Event” that began in Michigan spurred similar events around the country. They have flummoxed Democrat Governors, many of whom have continued to tighten restrictions on citizens despite any new or changing information.

Some, like Colorado Governor,  Jared Polis responded to the Gridlock Denver event the next day and announced that he was lifting Stay-at-Home orders on April 27. But he included a long list of demands and recommendations along with it and continued to suggest that staying at home was safer. He must not have read the latest information that sunshine kills the virus.

Among the numerous groups that have cropped up from the rallies is one called MaydayUSA.com, which isn’t letting up.  They are encouraging businesses to open on or before May 1 with or without the government’s permission. They encourage precautions but respect the rights of business owners to make those decisions for themselves.

The significance of the 1st day of May carries with it a long and varied history. “Mayday” is an internationally known call of distress.  “May Day” has been a celebration of spring. Socialists and Communists chose the day to commemorate the Haymarket Affair on May 4, 1886.

MaydayUSA endeavors to add a new meaning to May Day.  That was the day in 2020 when the People came to the rescue of free markets and individual freedom–when capitalism won out over socialism, government control and tyranny.

Communism vs. Freedom. Liberty vs. Tyranny. Those are destined to be the overriding issues in the re-election campaign of Donald Trump on November 3.

Does anyone remember that? I don’t think the Democrats have ever forgotten. 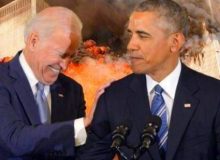