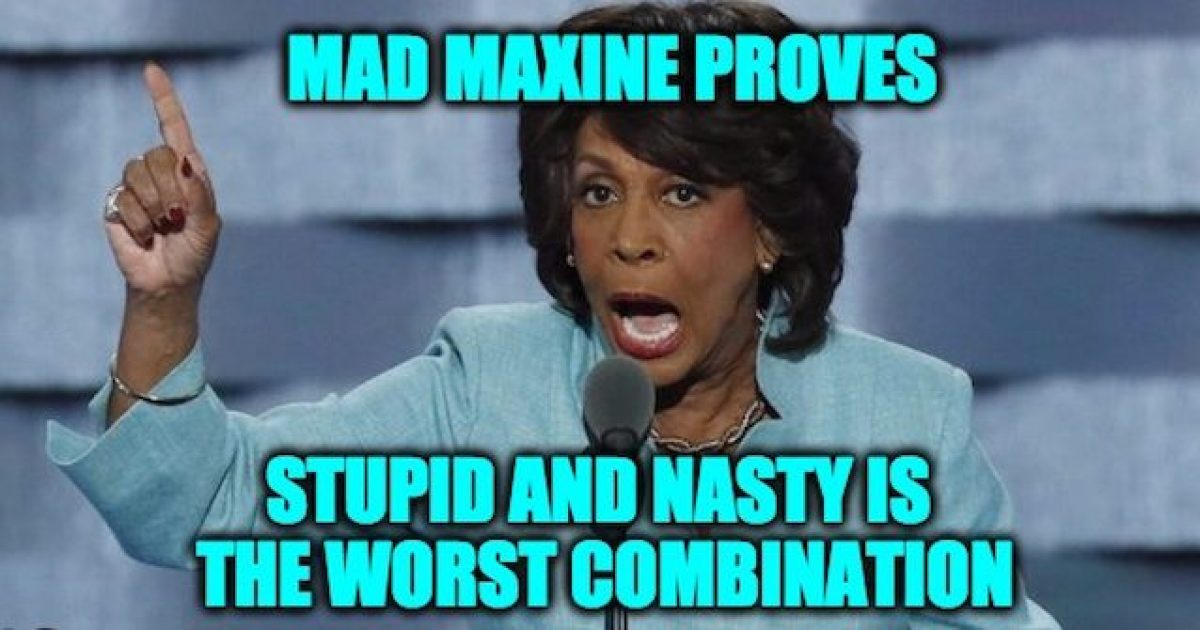 While speaking to a group of constituents recently, Maxine Waters, the California Democrat obsessed with impeachment and conspiracy theories involving Russians, promised there would be retribution against the financial sector if Democrats win the House of Representatives.

The American Mirror posted her comments:

“First of all, if we take back the House, most of the members of the Congressional Black Caucus will be chairs of the committees of the Congress of the United States of America,” Waters said, waving her fingers as the audience applauded.

“I will be the first African-American, the first woman to chair the powerful Financial Services Committee.

“That’s all of Wall Street. That’s all the insurance companies, that’s all the banks. And so, of course, the CEOs of the banks now are saying, ‘What can we do to stop Maxine Waters because if she gets in she’s going to give us a bad time?’” she said.

“I have not forgotten you foreclosed on our houses,” she warned.

“I have not forgotten that you undermined our communities,” she continued with the tone of a preacher.

“I have not forgotten that you sold us those exotic products, had us sign on the dotted line for junk,” she yelled, “and for mess that we could not afford.”

“I have people who are homeless who have never gotten back into a home. What am I going to do to you?

Of course, her audience loved it, cheering her on.

The video below has Mad Maxine’s latest promise to extract revenge against America’s financial sector:

And also don’t forget this 2009 video of Waters admitting her desire to implement socialism with the government taking businesses over: