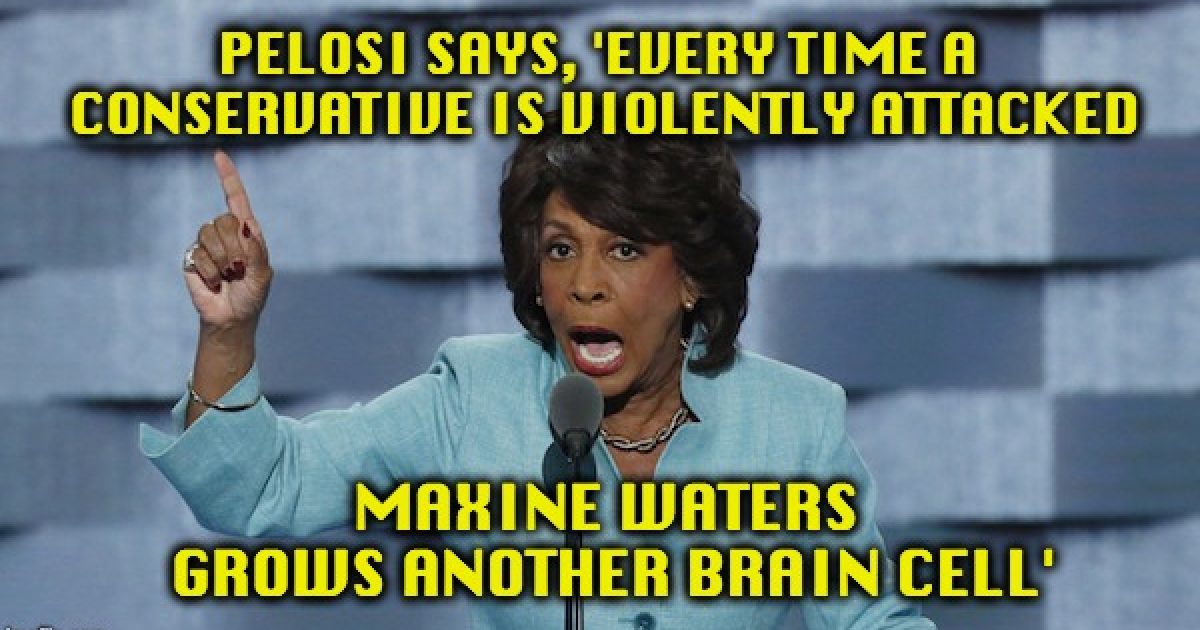 Maxine Waters continues to prove every day that being nasty is a problem, and being stupid is an Issue, but when one is both nasty and stupid, there is no hope for the person. The Democrat from California continues to incite violence against conservatives. Back in June, her message was, “If you see anybody from that cabinet in a restaurant, in a department store, at a gasoline station, you get out and you create a crowd. You push back on them. Tell them they’re not welcome anymore, anywhere!” Now she is going after new Supreme Court Justice Brett Kavanaugh.

While speaking with Black Hollywood Live ahead of the 2018 Merge Summit in Los Angeles this weekend, Maxine Waters, switched from calling for Trump’s impeachment, attacks on the cabinet, and conspiracy theories involving Russia, to warn Supreme Court Justice Brett Kavanaugh “won’t rest easy in his job.” Adding that “women are going to continue to confront what took place in that confirmation and him…”

WILSON: For anyone feeling dejected about the nomination and allegation of Brett Kavanaugh, what would you say? How can they keep their spirits up?

WATERS: Well, first of all, as we go through life we’re going to have the good times and we’re going to have the not so good times. Even if you’re feeling a little down, get a good night’s rest and get up and get ready to go all over again. Never stop. That is what we have to do with what happened to Kavanaugh and this confirmation process. It was heartbreaking, but I think women are not going to recede. Women are going to continue to confront what took place in that confirmation and him. He won’t rest easy in his job.

WILSON: For anyone who feels like politics is too difficult for them to understand, where can they start the process of learning and how to get involved?

WATERS: First of all, people have to stop and listen, and analyze what people are saying and what is being said in the media. You’ve got to make that a part of your life to determine you want to know what’s going on. You want to learn the issue and what people are talking about. Then it’s always good to have a mentor. Grab somebody that you think you like and, “you know, can I follow you around a bit?”

Waters has encouraged harassment of public officials in the past, famously telling supporters to “create a crowd” when they see Republican officials to “tell them they’re not welcome.” This comment led to some censure from leaders in the Democratic Party, but Waters said she will continue to back such direct action.

Waters has been one of the leading voices in the Democratic Party calling for lawmakers to impeach President Donald Trump, and some in the Democratic base are demanding that Kavanaugh be impeached as well. Waters has so far not definitively supported that course of action.

Trump, who has criticized Waters in the past for being unintelligent, said the way Democrats have protested Kavanaugh has made them a “mob.“

Here’s the video of Waters’ latest lack of Class.

Parts of this post were first seen at ConservativeFiringLine