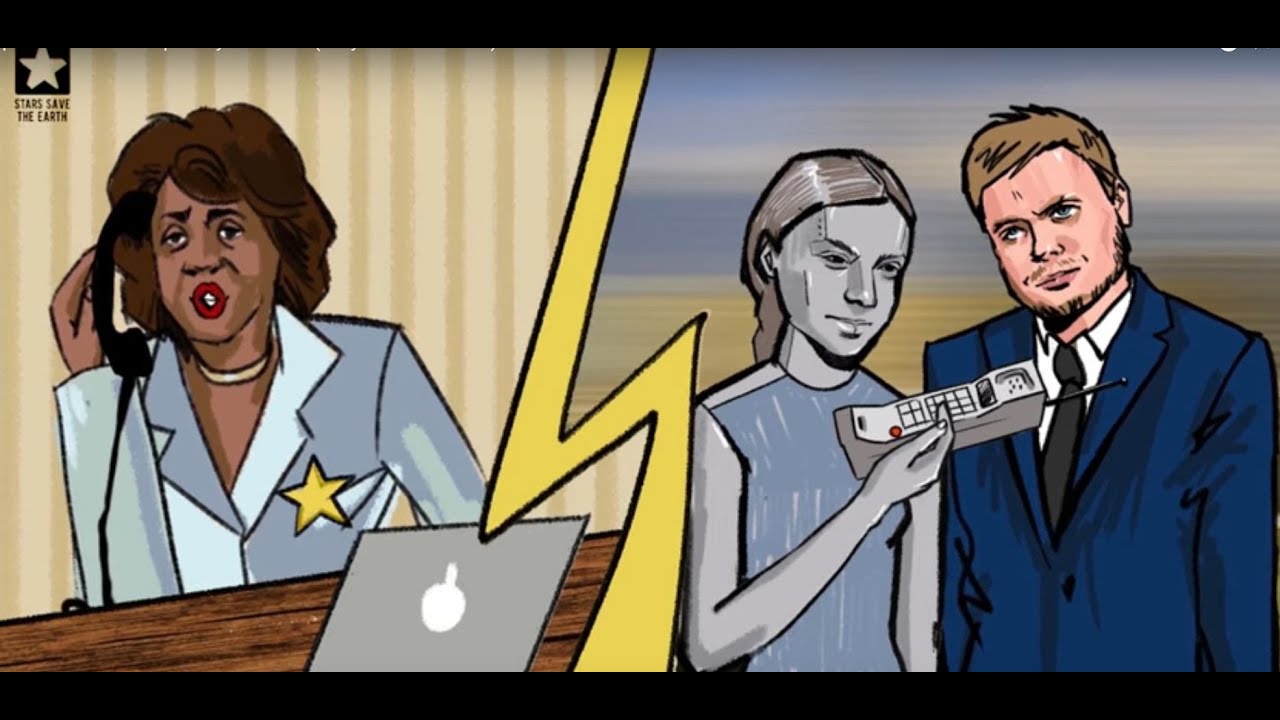 The Russian pranksters, Vladimir Kuznetsov and Alexey Stolyarov, released audio of a phone conversation they claim is between Waters and people she believed to be Thunberg and her father. The reason for saying “they claim” is that Mad Maxine hasn’t confirmed the phone call but it sure sounds like her.

The Thunberg prankster started by telling Waters that she was calling from a climate meeting in North Carolina. The fake meeting was about protecting the fake “Chon-Go-Chango” islands. She asked Mad Maxine if she could put her on speakerphone so all the people at the meeting could hear her.

“I’m so glad you came to my state, and, of course, I know all about you, Rep. Waters said, You have made quite a big, big, big thunder on this issue. I’m really, really proud of you and the work you are doing.”

“It was a really terrible meeting in the U.N. building in September with him. And I had nightmares afterwards. It’s terrible,” the Thunberg impersonator told Waters. “I saw him in the hallway. He was with security and I shouted at him, ‘Sign the Paris Climate Agreement again!’ He came over, he leaned in towards me, and said softly, ‘Listen carefully to me, little girl. You will never achieve your goal, like the congressional goal, trying to accuse me.'”

He said you will never achieve your goal? Oh my goodness.” Waters said with shock. “Did you ask him if he would rethink signing the Paris Climate Agreement? Is that your question to him?”

“Yes, yes,” the impersonator said. “He added that … ‘You know what? I’ll tell you the truth. I really wanted to push the Ukraine president to put my competitor on trial.”

Her supposed “father” chimed in.

“He said to her, ‘You know, little girl, nobody believe you anyway, I will tell you the truth. I really pushed on Ukrainian president and you know that you will never achieve your goals like those congressional fools who accuse me,” the fictional parent told Waters. “So nobody will believe you. You will be on trial like my competitor.”

“Yes, he said that,” the prankster responded. “And he added, ‘Nobody will believe you anyway.'”

Now on the bright side, the two Russian comics didn’t offer Waters nude pictures like they did with Schiff because the words “Nude” and “Waters” shouldn’t be mentioned in the same sentence. It’s way too creepy.

It’s a fun audio, give it a listen below. Mad Maxine hasn’t commented on being pranked as of yet.