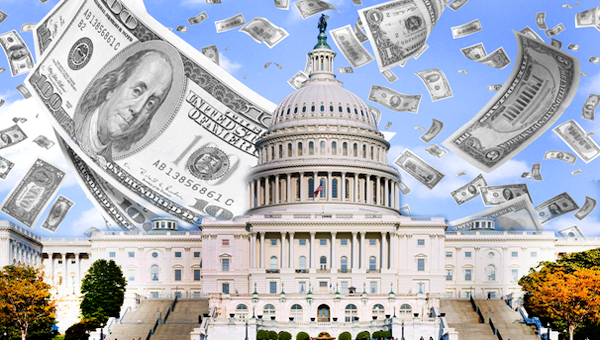 If Republicans want a brand more substantial than ‘vote for us, we’re not Biden, ’ it will take fresh vision and out-of-the-box thinking. Matt’s ideas absolutely pass that test.

Start with the things you CAN control. The party with control of Congress gets to set the rules.

Instead of the self-serving autocratic rules, Nancy used to rule with an iron fist; Matt has some ideas that can make Congress a better place… ideas that might make the public see Congress in a new light.

Rep. Matt Gaetz (R-FL) on what he backs for next Congress, with Democratic support:

1) No member of Congress, by House Rule, should be allowed to accept a donation for their campaign from a federal lobbyist or a federal political action committee. That money has strings attached to it, and anybody who tells you otherwise is lying. And when members take hundreds of thousands of dollars from lobbyists and PACs, they work for them more than their constituents. And guess what? I intend to offer that amendment on the House Floor in January, and I already have Democrats ready to vote for it — maybe even all of them.

2) The second thing I would suggest is that if someone is a member of Congress, they should be prohibited from lobbying for life. Why is it so hard to say that you should choose one side or the other to be on? You’re either in the law-making game or the influence-peddling game, and those who choose to be in the influence-peddling game, go ahead. But you should sacrifice that when you can sacrifice 750,000 people. I intend to offer that amendment on January third, and I expect that there will be Democrats voting for it.

3) I will also introduce an amendment to ban members of Congress from trading individual stocks. How can we say that is not something that dilutes our trust in markets and in governance when people can essentially bet on the outcomes they can somewhat control? And I expect Democrats to vote for that.

4) And finally, I would observe, something that has worked well in Florida. A single-subject rule. A bill coming to the floor should only deal with one subject. I was incensed as a Freshman when I had to vote on the Farm Bill and the whether or not to authorize the war in Yemen. In the same vote. And we could still have broad bills that relate to insurance or education or appropriations, but the notion that we lash all these things together does not serve our constituents and the American People, and I would expect, if we’re in the majority, Democrats will vote for my amendment for a single-subject rule.

That last one would take a lot of the ‘gotcha’ politics and poison pills out of political maneuvering, which makes us think it may not be as popular with the Machiavellian insiders in either party as he might hope.

That third point might be the easiest sell. Especially when we are already seeing tweets like this one mocking the Pelosi family’s ‘remarkable skill’ in investing: