Liberals Take Note–The US Is NOT Leader In Mass Shootings 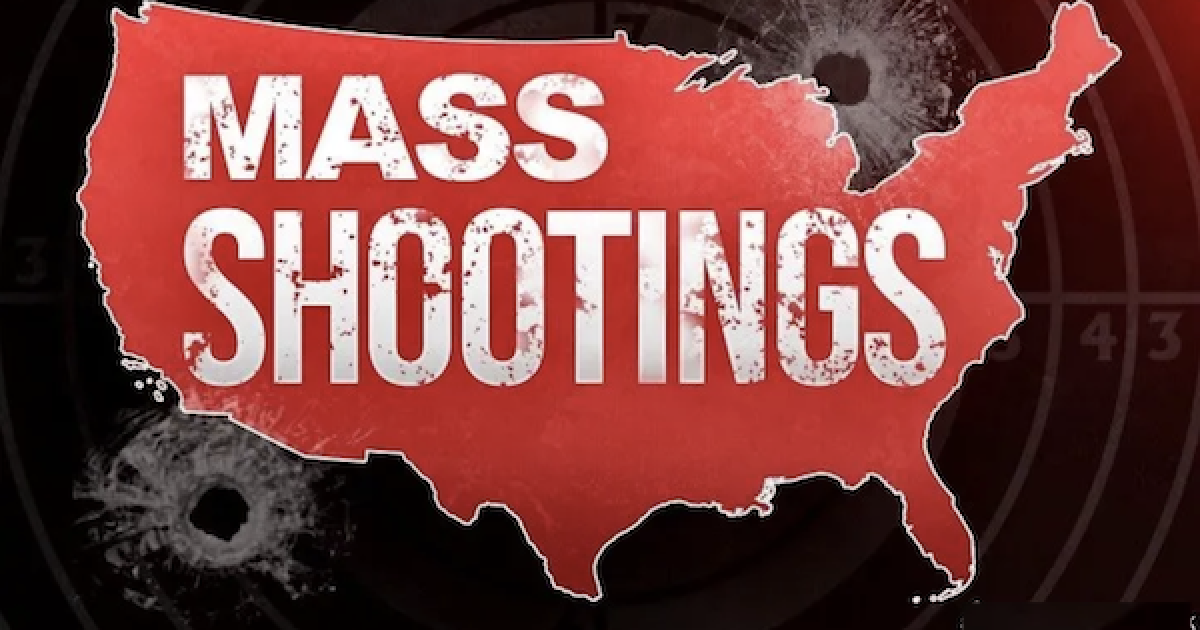 Facts can be a strange thing, especially to liberals who tend to ignore facts. After a weekend of mass shootings, liberals like Kamala Harris are screaming for the government to “DO SOMETHING.” They all like to claim that the United States is the only place where this kind of thing occurs, so we need more gun control.  Other comments include “We’re the only country in the world with this problem,” said Rep. Jim Himes (D-CT), Rep. Carolyn Maloney (D-NY)  said, “We stand alone in the amount of gun violence. It is an epidemic in this country.” They are all wrong.

The US is not at the top of the list, in fact, it ranks near the bottom of a list of countries that have mass shootings. Obviously, any number of mass shootings higher than zero is too much, but so is exaggerating the facts to the American public.

When all countries are taken into consideration, the US comes in 66th per research by Jon Lott, but that only looks at shootings through 2015, There is more recent data that takes into account the U.S. vs. European countries alone.  The data published World Population Review shows the United States ranking 12th. For a highly populated country, we have a pretty low rate of mass shootings.

Mass shootings by population in 2019 for U.S. and European countries is on this graph (I would stay away from Norway): 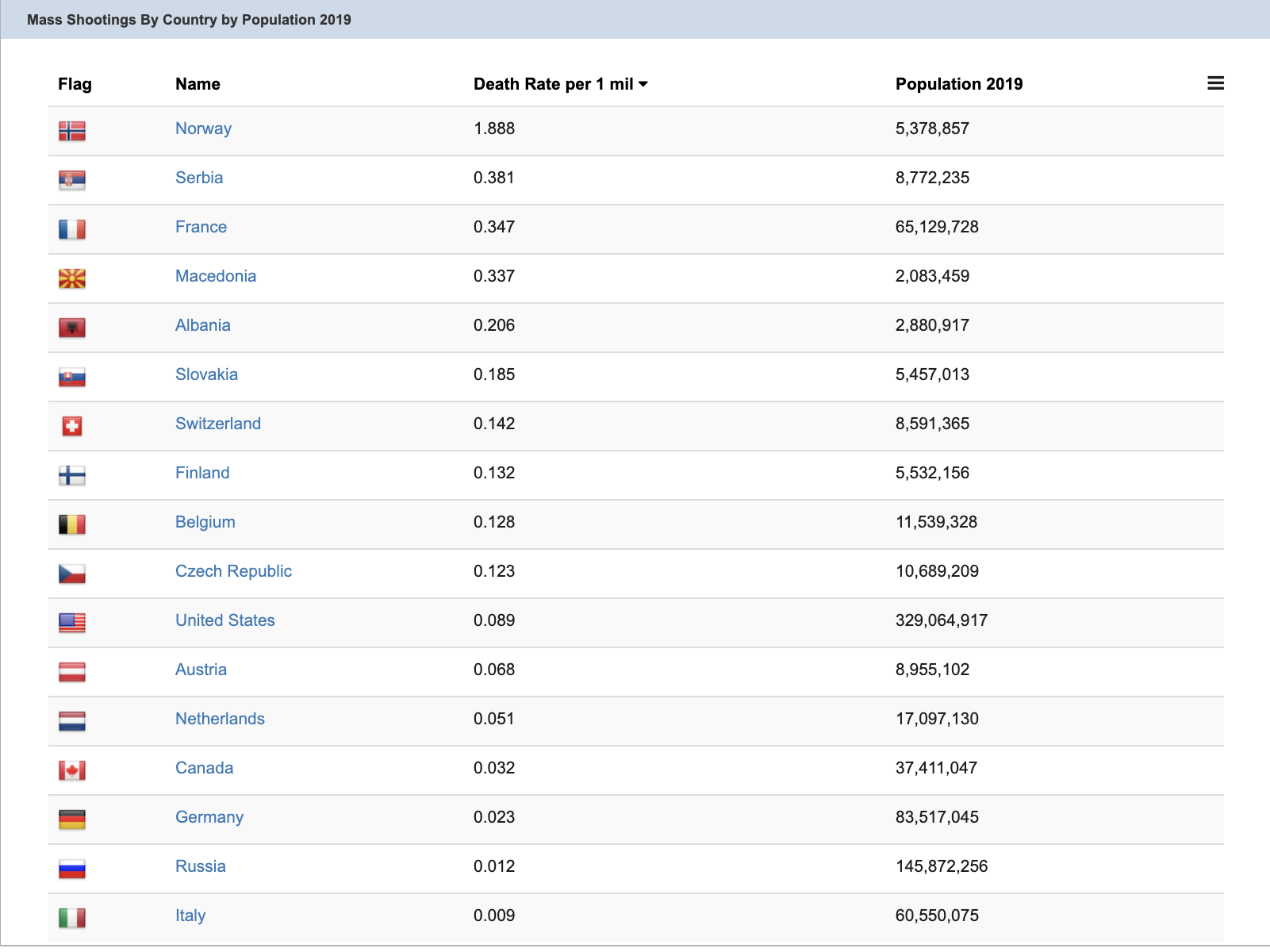 It certainly seems that the United States has the highest mass shootings rate of all the land, but this has been proven untrue. In recent years, the Crime Prevention Research Center released information regarding the annual death rates as a result of mass shootings around the world.

Tragedies such as the shootings in El Paso and Dayton only add fuel to the liberal emotional reactions against guns. Some Democrats are already using the tragedies to get campaign funds. Kamala Harris, in specific, is using the deaths and brokenness of others in a disgusting attempt to get campaign money. Oh, and remember, she plans to give Congress 100 days to pass gun legislation, or she’ll do an Executive Order and take them (USA Today). Remember that, America. And remember the US NOT highest in mass shootings.

Bret Scher who write for the Washingon Free Beacon asked a fascinating question about Kamala harris and gun violence.

Have a lot of people telling me I’m wrong because money is going to gun control groups, through her ActBlue page.

This is still fundraising. And it’s through her campaign, so it has organization benefits. pic.twitter.com/RgDLxdKHA1

Kamala doesn’t care about gun violence or the truth, she will say anything to get votes, similar to most of the Democrats we hear spewing falsehoods this week.