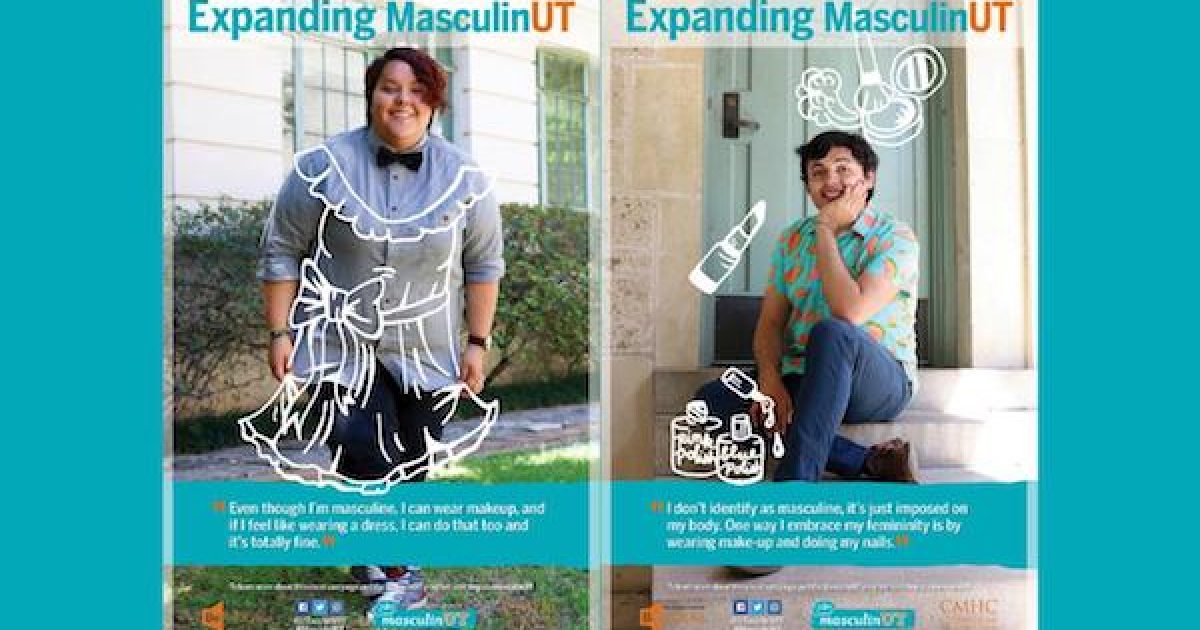 The insane, mentally deranged liberals at the University of Texas, Austin now want masculinity to be designated as a mental illness.

You know, there was once a day when things like this were the stuff of satire, but today this garbage is nothing short of mainstream, every day liberalism.

It would make the job of The Onion harder these days… you know,  if The Onion ever made fun of anything on the left, that is. But now we’ve reached peak lunacy masquerading as sentient thought by liberals and treated as legitimate by the illiterati in the media and our system of miseducation.

This foolishness comes from the Counseling and Mental Health Center at the University of Texas at Austin. If you don’t know, the City of Austin is one of the most liberal quarters of the otherwise deeply red Lone Star State.

This purported “counseling” department at the university started a program to “help” male students “take control over their gender identity and develop a healthy sense of masculinity,” PJMedia reported.

The creators of this foolish left-wing circlejerk claim that it is that danged old “restrictive masculinity” that forces men to “act like a man” and that encourages men to be “too masculine.” This program wants people to stop saying men should be a “breadwinner” or that they should strive for success in their careers. Men need to be wimpy, subservient, spineless, and unable to make a decision without a woman to tell them how to think and what to do.

Though you might enjoy “taking care of people” or being “active,” MasculinUT warns that many of these attributes are actually dangerous, claiming that “traditional ideas of masculinity place men into rigid (or restrictive) boxes [which]… prevent them from developing their emotional maturity.”

“If you are a male student at UT reading this right now, we hope that learning about this helps you not to feel guilty about having participated in these definitions of masculinity, and instead feel empowered to break the cycle!” the program offers.

Naturally, what the creators of the program are trying to get across to the men they are trying to “counsel” is that being masculine is “dangerous” to everyone, male and female alike.

The school is also insisting that by the mere misfortune of being born a man invariably creates “rape culture,” so, the school aims to neuter men and eliminate any vestige of being a man.

There is no evidence that masculinity itself contributes to violence. Universities that run similar programs, such as UNC-Chapel Hill and Northwestern, have admitted that their programming isn’t supported by any evidence.

In any case, the Texas university says it is currently working to fully staff this outrageous attack on men.

Amusingly, after PJMedia published its story, the university tried to disavow the radical notions the program is set to force upon its victims. The university put a distressed disclaimer on the program’s webpage.

“The MasculinUT program does not treat masculinity as a ‘mental health issue,’ and any such statements are simply not accurate,” the left-wingers insisted. “It was established to bring more men to the table to address interpersonal violence, sexual assault, and other issues.”

Indeed, the disclaimer admits that it is treating being a man as the sole cause of sexual assault.

Like other UT programs related to sexual assault and interpersonal violence, MasculinUT is housed administratively in the university’s Counseling and Mental Health Center. Its goals include helping men explore ways to reduce sexual violence, helping students take responsibility for their actions, and fostering healthier relationships on campus and beyond.

As I noted, if I was writing this ten years ago everyone would assume that I was merely trying to defame good liberals with an outrageous piece of satire.

Before you think this is the only mentally ill attack on logic and good sense, last year liberals were running around scolding people for calling breastfeeding “natural.”

Why were liberals trying to discourage people from calling breastfeeding “natural”? Because it might upset gays and transgenders who can’t breastfeed.

In fact, the medical journal Pediatrics said that it is actually “unethical” to describe breastfeeding as “natural.”

“Coupling nature with motherhood,” says the study, “can inadvertently support biologically deterministic arguments about the roles of men and women in the family (for example, that women should be the primary caretaker.”

Once again we see the left bowing to their politically correct lunacy instead of real science.

But, reality doesn’t much matter to liberals.