Analysis: Why America Is Losing To Marxist Democrats In Two Sentences

If We Continue To Fight, And Fight Correctly The American People Will Win And This Will Remain The Freest Country On The Earth 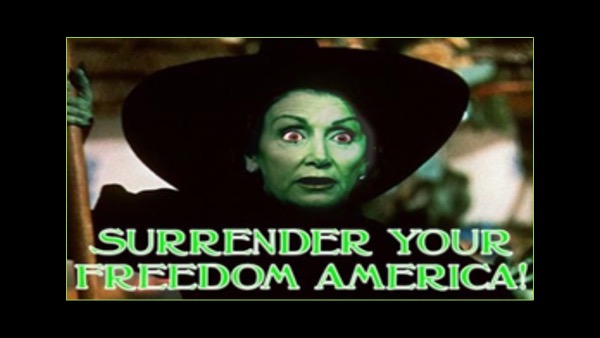 Here in two sentences (really), is how the Marxist Democrats defeat us and have pushed America halfway to hell.

Let us begin by making it clear that the warfare we discuss is not military. It does not involve violence. It is political, social, and economic warfare. All within the law and the rule of law. That is what we stand for.

Here are the two sentences that explain everything.

In the Art of War, by Sun Tzu, we find sentence number 1:

“All warfare is based on deception.”

And dear readers, everything the Marxist Democrats do, and I mean everything, is based on deception. Everything is lies and smoke and mirrors.

Looking at our ways and means in the battle, we see that nothing we do is based on deception.

No matter what else happens, this is about enough to ensure that we lose and they win.

Sentence number 2 is as follows:

The Marxist Democrats plan in secret, attack by surprise, and destroy something important to us… by then it is almost too late to respond.

Take, for example, the nice coffee mug I have with an American flag printed on the side. I like it very much. So I make efforts to keep it in one piece. That it does not fall off the table, for example.

Now let’s compare that to what happens if it accidentally is knocked off the table and broken into pieces.

Once something is broken, it is very, very hard to repair it. Particularly when compared to what is needed to keep it safe in the first place.

Thus, in dealing with the Marxist Democrats, who successfully Pearl Harbor us at every turn, we are faced with the prospect of repairing the broken. Which is much more difficult than by defense keeping things safe in the first place.

These two sentences describe why we have been losing for a long time, and now at a very rapid pace, our losses mount as the Marxists in the federal government break more things every day.

We face a flood of broken things which are important to us. Such as safe and secure borders, law and order, freedom of speech, medical freedom, the right to bear arms, a society without racism… we are losing them all.

How then to turn things around?

First, we must learn quickly how to use deception. And do so.

This does not mean telling the communist-type big lies that they do. But it does mean taking them by surprise, confusing them, demoralizing them, even when we are weak and at a disadvantage.

Some of the ideas of Sun Tzu show the way to effective deception, which are effective but are not the pathogenic types of big lies of the Marxist Democrats. Here is what Sun Tzu recommends:

If your enemy is secure at all points, be prepared for him. If he is in superior strength, evade him. If your opponent is temperamental, seek to irritate him. Pretend to be weak, that he may grow arrogant. If he is taking his ease, give him no rest. If his forces are united, separate them. If sovereign and subject are in accord, put division between them. Attack him where he is unprepared, appear where you are not expected .

Theory is the foundation, then the actions based on it are the victory.

As an example of specific first steps today in repelling the onslaught against freedom by tyrannical Marxists Democrats… we have the parent revolution against school boards teaching racial hatred and division of Critical Race Theory. Best to sharpen the objectives. For example that the school boards pushing this Marxist doctrine will resign. Or if that is not possible (in most cases, it is possible), then voting them out when the next school board election occurs.

As another example, Marxist Party Chairman Nancy Pelosi is getting the next hammer ready to strike us. This is the Democrat Commission on January 6th.

The fraudulent commission is part of a complex overall plan to criminalize Republicans and specifically, supporters of President Trump. And the commission’s conclusions will not be related to the truth. But will serve as a sledgehammer to criminalize our elected representatives and us.

Since we probably will not be invited by Party Chairman Pelosi to have a real voice in her partisan “commission,” we must have our own. Using experts we have already among us in law enforcement, law, politics, security, intelligence, and common sense.

Each state can have its own January 6th Investigative Commission of the People.

In fact, each city can have one. And then many join together. In the end, we have several powerful, expert commissions which can present a more accurate portrayal of what actually happened on January 6th. Why Chairman Pelosi, for example, refused the Pentagon’s and the President’s offer of troops to guard the Capitol Building?

Why the electronic door locks to the building were turned off? Why the Capital Police were in large part, ordered not to show up that day? Why certain police opened the doors to demonstrators and invited them in? Was this a false flag operation and the insurrection by the Democrat Marxists to overthrow the lawfully elected president Donald Trump?

We do not have the luxury to sit around and wait until the next coffee mug is broken. We have precious few rights left, and we had better defend them. These January 6th Commissions of the American People must be the spotlight and be our sledgehammer in the coming battle.

They are winning but if we continue to fight, and fight smart the American people will win.

Dr. Joel S Holmes is an engineer who has specialized in both alternative energy and code-cracking.

His books on Amazon open the way to political victory.

Such as Russian Eagle… Obama White House and many others. Which provide the facts we need to fight the political battles and are also great reading, approved by experts