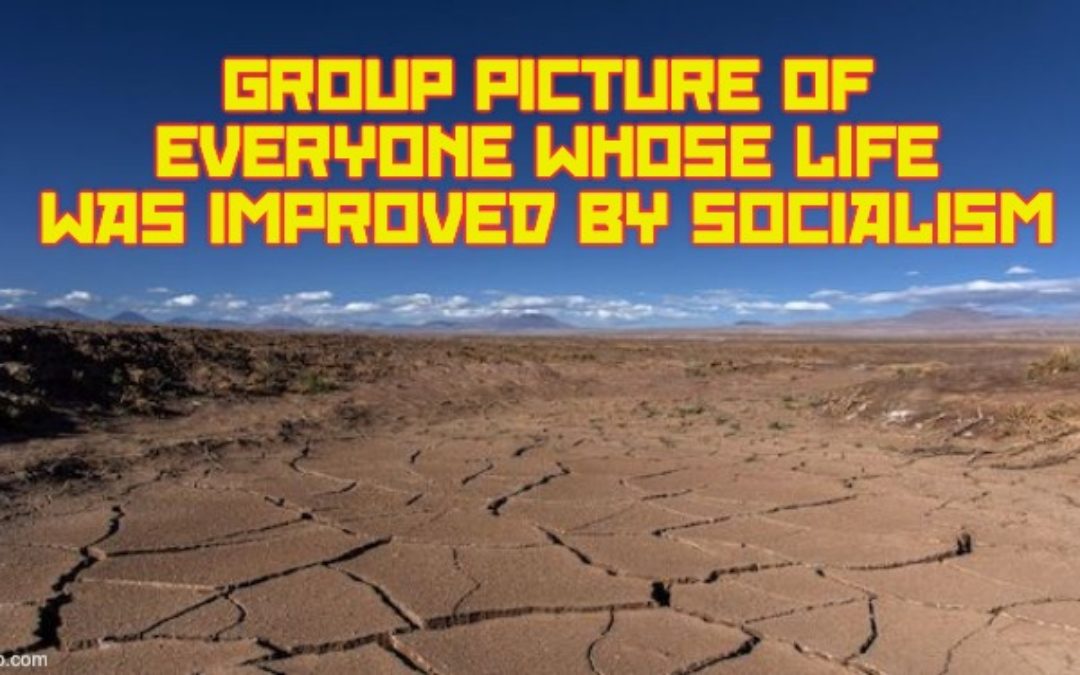 Can anybody name a square inch spot on the planet anywhere where Marxism has brought anything good? Anywhere?

And now, Marxism is allegedly making inroads into the U.S. military at present? So says a whistleblower who just got fired from the military.

Critical Race Theory, which is now being taught in many schools and even some churches, is the mean by which Marxism is allegedly gaining ground in the military.

Recently, Lt. Col. Matthew Lohmeier was relieved from his post as a Space Force officer because he wrote a book denouncing Critical Race Theory (CRT) and Marxism in the U.S. military. The book is entitled Irresistible Revolution: Marxism’s Goal of Conquest & the Unmaking of the American Military.

The book has now shot up to #1 on Amazon. I’m sure many would-be readers are trying to get their hands on the volume that the Biden Administration doesn’t want you to read.

Lohmeier said recently in a podcast, “What you see happening in the U.S. military at the moment is that if you’re a conservative, then you’re lumped into a group of people who are labeled extremists if you’re willing to voice your views. And if you’re aligned with the left, then it’s OK to be an activist online because no one’s going to hold you accountable” (quoted in The Epoch Times, 5/17/21).

He added,” My intent never has been to engage in partisan politics. I have written a book about a particular political ideology (Marxism) in the hope that our Defense Department might return to being politically nonpartisan in the future as it has honorably done throughout history.”

As of this writing, some congressmen are coming to Lohmeier’s defense.  The Epoch Times reports (5/20/21): “A group of Republican lawmakers sent a letter to the acting secretary of the U.S. Space Force on May 19, urging him to immediately reinstate a lieutenant colonel who was relieved of his command after publishing a book that warned of the spread of Marxism and critical race theory (CRT) in the military.”

We constantly hear about CRT these days. I thought one of the simplest definitions came from a Baptist minister in Oklahoma, Paul Blair. Blair heads up Reclaiming America for Christ. I interviewed him recently on the radio on the subject of CRT (and the schools). Blair told me,

“Critical Race Theory is a Trojan horse for Marxism. Karl Marx tried to stir a pot of friction between property owners and non-property owners. And out of that, he hoped a revolution would foment and throw off the existing economic system. So he would replace it with his socialist utopia. Well, the economic friction never took root in America because in America everyone owns property.”

But after World War I, the Marxists regrouped and created “critical theory”—basically using any wedge, they could find to try and create a revolution. And the most successful wedge the Marxists found to attack America from within was race because of slavery, Jim Crow, “separate but equal,” and other examples of racism in America’s past.

Blair notes, “What Critical Race Theory teaches our kids is that the system is racist. The American economic system, our Constitutional republic, is a racist system. Therefore, it’s the system that must be destroyed. And, of course, that’s what Marx’s goal was—to replace the [capitalist] system with his socialist utopia. And they teach this idea that if you are white, you are an oppressor. And we’re not concerned with what you actually do. Because you are born white, you are an oppressor, and you must be the one that becomes oppressed.”

Thus, being born white is a crime, according to critical race theorists. And now we have a whistleblower expelled from the military for exposing this reported trend in Biden’s military.

Many veterans oppose this new development. One such veteran is Mike Donnelly, who works as a constitutional attorney defending homeschooling.

Says Donnelly, who served in the first Gulf War,

“As a veteran of the U.S. Army, I think it’s extremely important that our government stand up for the truth and for the values of our Constitution, which includes the First Amendment. This includes the right for people to believe and to worship and to express themselves, and it’s very concerning that any administration should seek and target Christians or people of any faith, because of their faith, in the military.”

In this dangerous world, the military is essential to a nation. We remember around Memorial Day the sacrifices of those brave men and women who paid “the last full measure of devotion” to their country that we might be free. But did they die so this nation might spread Marxism? No. I’m sure they did not.