Mark Ruffalo Had Some Idiotic Takes, But His Apology Proves He’s Better Than ‘The Squad’ 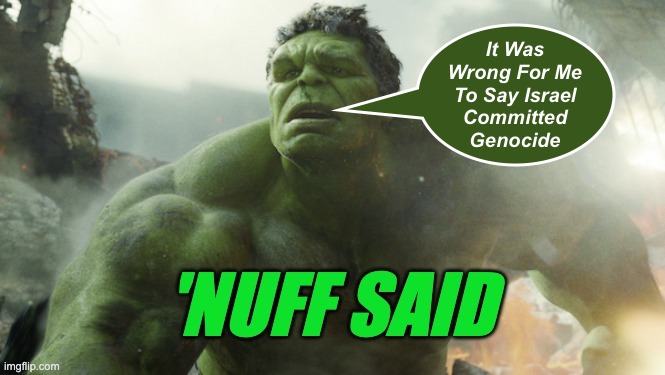 Like so many other Hollywood types, Mark Ruffalo is happy to tell the world what he thinks, no matter how bad those ideas are. What makes him different is the focus of this article. Mark Ruffalo is probably best known for his role in playing the Hulk when he isn’t turning green and breaking the city to pieces. This guy.

In the Avengers movie, just before the climactic fight scene, Captain America looks at his character, saying ‘ Dr. Banner. Now might be a really good time for you to get angry.’

His answer, just before the transformation above was, ‘That’s my secret Cap…’

That might be a clever line in a script, but it’s also a pretty apt description of his online interaction with anyone who doesn’t share his Hollyweird convictions about politics, the environment, and who knows what else. His disdain for anyone with an (R) after their name is well-established.

But this week showed us a quality that makes him a little different from the typical ego-driven blowhards on the left: the ability to rethink his convictions in response to new information.

It began with him airing his opinions during the latest conflict between Israel and Hamas, which included a call for people to sign a petition. The content can speak for itself. 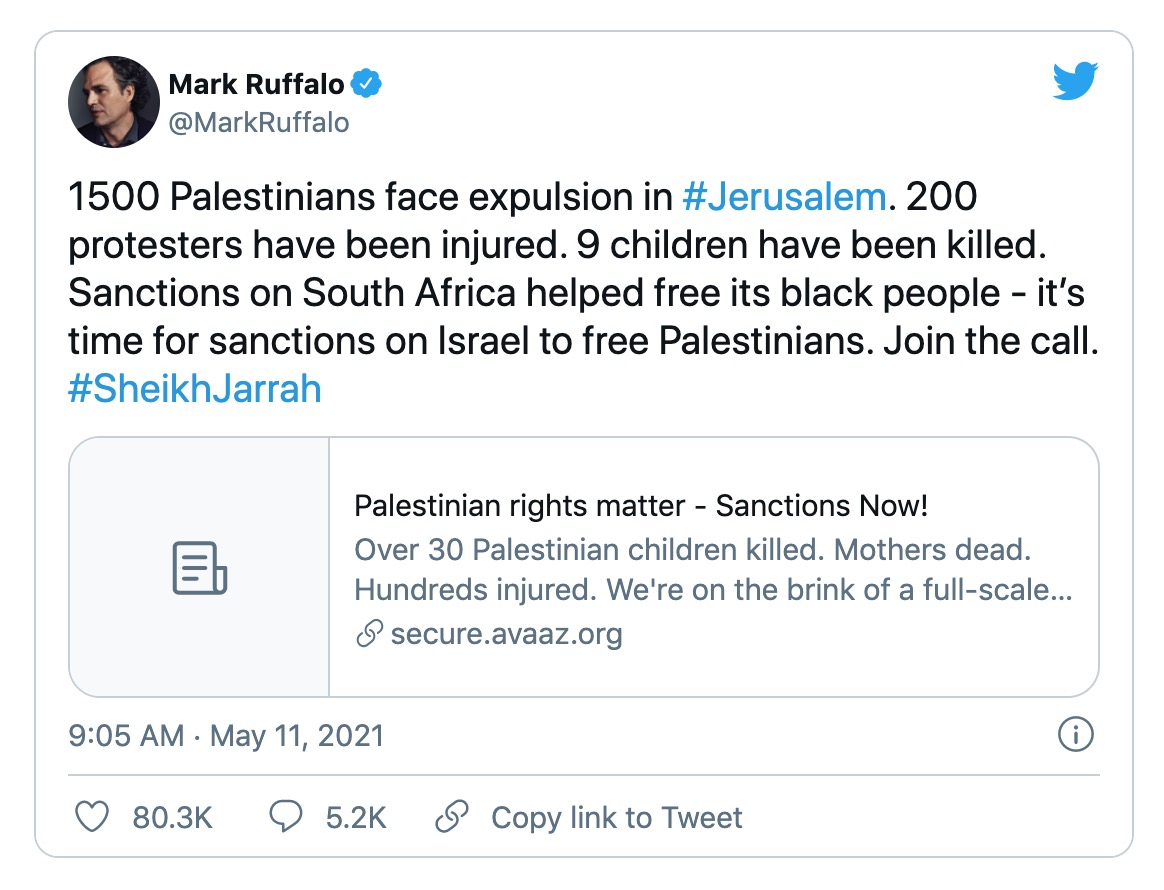 Several days later there was another, similar tweet. And then he saw the wave of violence targeting Jews in the US. Unlike so many others who either downplayed or ignored it, he acknowledged the violence and wanted to see it stop.

“Dear people, despite our frustration over the fighting in Gaza and our anger, that is no excuse to attack or intimidate innocent people,” he wrote on May 19. “Assaults of Jewish people or attacks on others won’t bring justice to anyone, only perpetuate more injustice and hate.”

That statement IS the correct response to random attacks on strangers, and we commend him for it.

Ruffalo’s words echo this site’s position on ALL political violence in the last year… regardless of which cause that violence is being perpetrated to advance and we would hope others come to share it as well.

But we’re still not to the good part yet. He had time to rethink his original words and did something few people on social media ever do. He changed his mind.

He didn’t just give a terse ‘make the problem go away’ apology. He made specific statements to completely disavow what he had said about genocide. 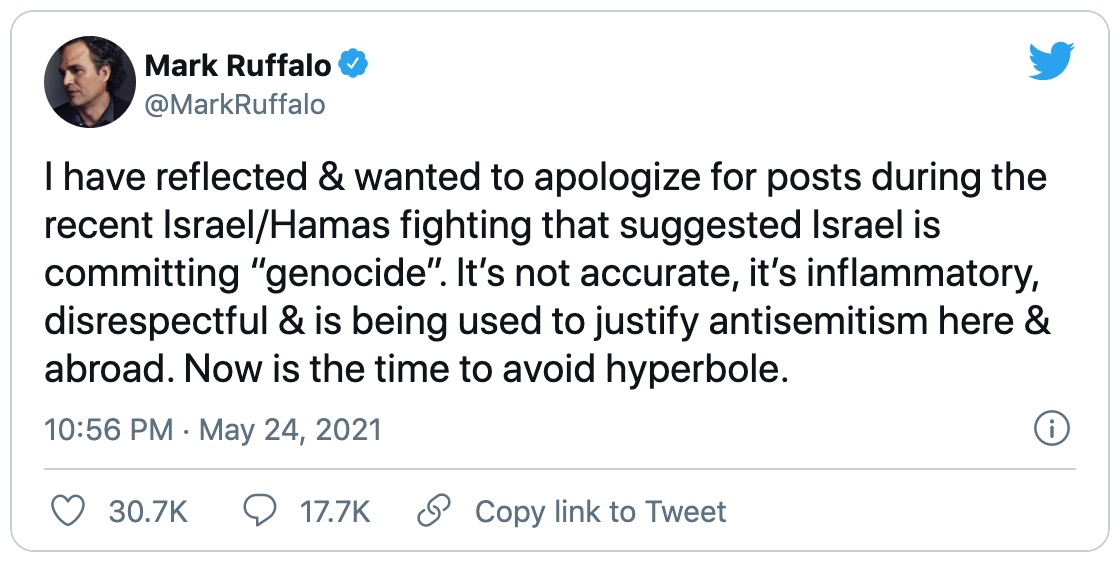 Democrat Richie Torres (who is Black) was one of many people broadly accused of being a white supremacist and an apologist for genocide simply because he didn’t hold views sympathetic to the Palestinian activists.

“The moment I sent out a statement denouncing the terrorism of Hamas, I was swiftly demonized by extremists as a white supremacist, as a supporter of apartheid, ethnic cleansing, genocide,” Torres said at a recent United Jewish Appeal-sponsored event. “Although these comments cause great pain to my loved ones, I remain as determined as ever to speak out. And if I can speak out, then anyone can. And everyone must.”

Other young Democratic liberals, however, were quick to criticize Israel, including Ocasio-Cortez, who called Israel an “apartheid state.” She and Michigan Rep. Rashida Tlaib, another “Squad” member, introduced a House resolution to block an arms sale to Israel.

Torres, however, found that he was attacked on Twitter for his remarks in defense of Israel. An openly gay black-Latino man whose district is adjacent to Ocasio-Cortez’s, he ran on a progressive platform. In an interview with Jewish Insider last year, Torres said he was pro-Israel, “not despite my progressive values but because of my progressive values.”

Despite the AOCs and Rashida Tlaibs and others denouncing Israel as genocidal, it is good to see there is finally some pushback from the far-too-silent moderates in their party.

I’ll say the quiet part out loud; it’s time for “progressives” to start condemning anti-semitism and violent attacks on Jewish people with the same intention and vigor demonstrated in other areas of activism. The silence has been deafening.

Maybe there is still some hope that the pendulum can swing back toward the center for their party, and be more interested in representing the people rather than driving their cultural revolution into the next phase.