If You’re Going To Have A Sanctuary City Policy, Just Own It.”" 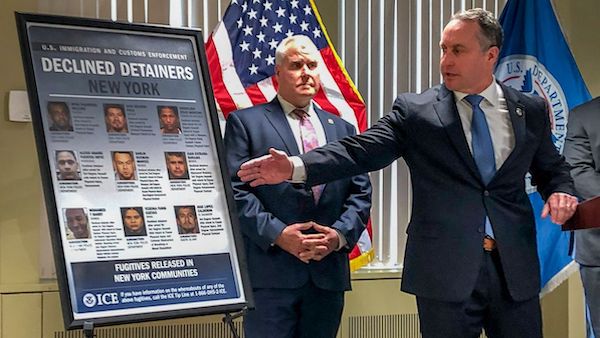 “There is no worse feeling than when those citizens you are sworn to protect are needlessly harmed.”

How devastating must it be for the Acting Head of ICE to know that it’s HIS department’s job to scoop up threats like the guy who raped and murdered this elderly woman? The only thing that stopped ICE from saving her life was a ‘woke’ policy that prevents cops from notifying ICE that bad guys need to be scooped up and carted away in handcuffs.

This happened in AOC’s own backyard. The same AOC that has campaigned for the better part of a year demonizing law enforcement officers whose job it is to prevent tragedies like this one.  ICE agents are the good guys. Will AOC look the bereaved family members of Maria Fuertes in the eyes and tell her that she still stands by a policy that makes ‘angel moms’ the bad guys and violent border jumpers the ‘victims’ of law enforcement?

Albence said the city cooperated with just 10 of some 7,500 detainer requests for people in the country illegally who were charged with or convicted of crimes. One of them was the murderer Reeaz Khan. ICE issued a detainer against him in November after he allegedly stabbed his father with a broken mug, but the city didn’t turn him over.

Make no mistake, it is this city’s sanctuary policies that is the sole reason this criminal was allowed to roam the streets freely and end an innocent woman’s life,” Albence said.

“We wanted him three months ago before he did this,” Albence said. “If we had been able to cooperate with the NYPD, Maria Fuentes would be alive today.” 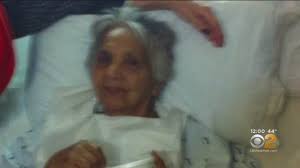 Maria Fuentes was only steps from her home when 21-year-old Reeaz Khan attacked. “The defendant is accused of pouncing on the 92-year-old woman from behind, throwing her to the ground and then sexually assaulting her before he ran from the scene,” Queens District Attorney Melinda Katz said in a statement. “The victim was discovered hours later barely conscious, incoherent and naked from the waist down,” Katz said. “ 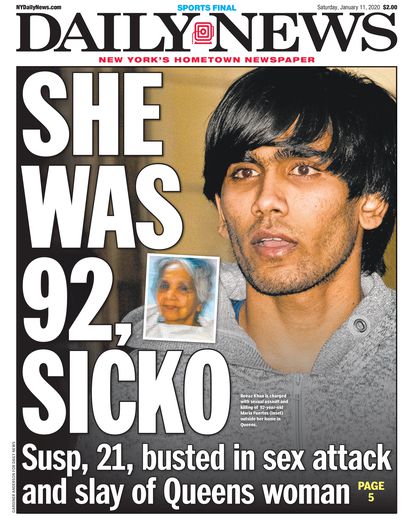 Prosecutors say he was caught on surveillance video approaching Maria Fuertes from behind. At the same time, she was still standing, checking a pile of garbage bags for returnable empties on 127th St. in South Richmond Hill just after midnight Jan. 6.

The video shows them then falling to the ground together, disappearing from view behind a car for four sickening minutes just around the corner from the victim’s home.

Then Khan, a day laborer who lives less than a mile from the crime scene, is seen running off alone. …Fuertes died at Jamaica Hospital with a fractured spine, broken ribs, internal hemorrhaging, and tears in her vagina, according to court papers. Source: NYDailyNews

Per WINS-Am radio.  “Albence’s comments come as ICE issues subpoenas to the Department of Corrections to obtain info on four suspects who are currently being held in New York City jails. ICE called the suspects ‘criminal alien public safety threats.’ ICE said the four subpoenas were necessary because the Department of Corrections has continued to ignore ICE’s request for info.

“Under New York’s non-cooperation policies officials have refused to honor ICE detainers or even provide ICE with information about the release dates of criminal alien public safety threats,” ICE said in a statement. “Issuance of these immigration subpoenas was necessary because the NYDOC has continued to ignore ICE’s requests for information and cooperation.”

Or to put it another way, people are getting violently attacked. NYC is not a sanctuary city, it is a city that aids and abets criminals, thanks to socialist policies of Mayor DeBasio.