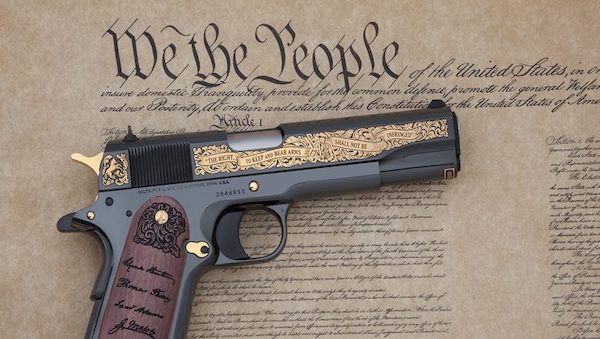 Contrary to what the gun prohibition lobby would have America believe, a new Rasmussen survey released Friday shows that a majority of American adults who say someone in the house owns a firearm (61%) “feel safer knowing there’s a gun in the house.” majority feels safer with gun

Rasmussen learned that 36 percent of poll respondents admit they or someone in their household owns a gun. In recent years, anecdotal evidence suggests that gun owners refuse to acknowledge they have a gun in the home, as they are either worried about social stigma or simply believe it’s nobody’s business.

The survey of 1,000 U.S. American Adults was conducted on February 17 and 20, 2022, by Rasmussen Reports. The margin of sampling error is +/- 3 percentage points with a 95% level of confidence, the veteran polling company said.

According to Rasmussen, “Of those who live in gun-owning households, majorities of both men (62%) and women (59%) say they feel safer knowing there’s a gun in the house.” The survey also revealed, “More whites (42%) than blacks (30%) or other minorities (28%) say they or someone in their household owns a gun.”

According to the National Shooting Sports Foundation, in 2020 and 2021, millions of Americans purchased firearms for the first time.

As one might expect, gun ownership falls mainly along political lines. Rasmussen’s survey found “Republicans (44%) are significantly more likely than Democrats or those unaffiliated with either major party (both 34%) to say they or someone in their household owns a gun.” The poll also revealed, “More men (42%) than women (32%) say they live in gun-owning households. However, a majority (58%) of men under 40 say they live in homes without firearms.”

And here’s something startling: “Entrepreneurs are more likely to live in gun-owning households than either government employees or private-sector workers.”

Over the past several days, Headlines from southeast Europe provide more reason for Americans to appreciate their Second Amendment rights. Russia’s invasion of Ukraine has resulted in the Ukrainian government reportedly handing out firearms to citizens to mount a defense against Vladimir Putin’s army. In the United States, such a situation would hardly be necessary thanks to the Second Amendment protection of the right to keep and bear arms.

The Citizens Committee for the Right to Keep and Bear Arms issued the following statement Thursday:

The overnight invasion of Ukraine by Russian troops underscores the importance of the Second Amendment to the defense of freedom in the United States, the Citizens Committee for the Right to Keep and Bear Arms said today.

“While we’ve seen reports that the Ukraine Parliament (Verkhovna Rada) has voted to ease restrictions allowing civilians to carry arms outside their homes,” said CCRKBA Chairman Alan Gottlieb, “in our country this has been the constitutional law of the land since our nation was founded. The right of the people to keep and bear arms has protected this country since the beginning, and what is happening right now in Ukraine should be a lesson to all of those who push for citizen disarmament and a ban on private gun ownership how perilous that would be.”

Russian troops crossed the Ukraine border overnight, and world leaders are now scrambling to respond. The action is being universally condemned throughout the western world, but only in the United States is there good cause to appreciate the fact that average private citizens enjoy constitutional protection to be armed.

“Our Second Amendment was enshrined in the Bill of Rights by men who had just fought a war for independence,” Gottlieb observed. “They returned to their homes from battlefields, not from some deer hunting camp. The right to keep and bear arms has never been about shooting ducks but about protecting our right as citizens of the greatest nation on earth to defend our homes and families immediately against the kind of international outrage now unfolding in eastern Europe.

“The gun prohibition lobby would have America become vulnerable to such aggression as we are now seeing on television screens from coast to coast,” he continued. “This isn’t some action movie Americans are watching, this is real life, and it vividly illustrates why so many of us fight day and night to protect and defend our Second Amendment rights.

“Our thoughts and prayers are with the good citizens of Ukraine,” Gottlieb stated. “We can only hope that gun prohibitionists, or at least their supporters in the establishment media, learn something from this tragedy. To live in peace, one must always be prepared to defend it.”