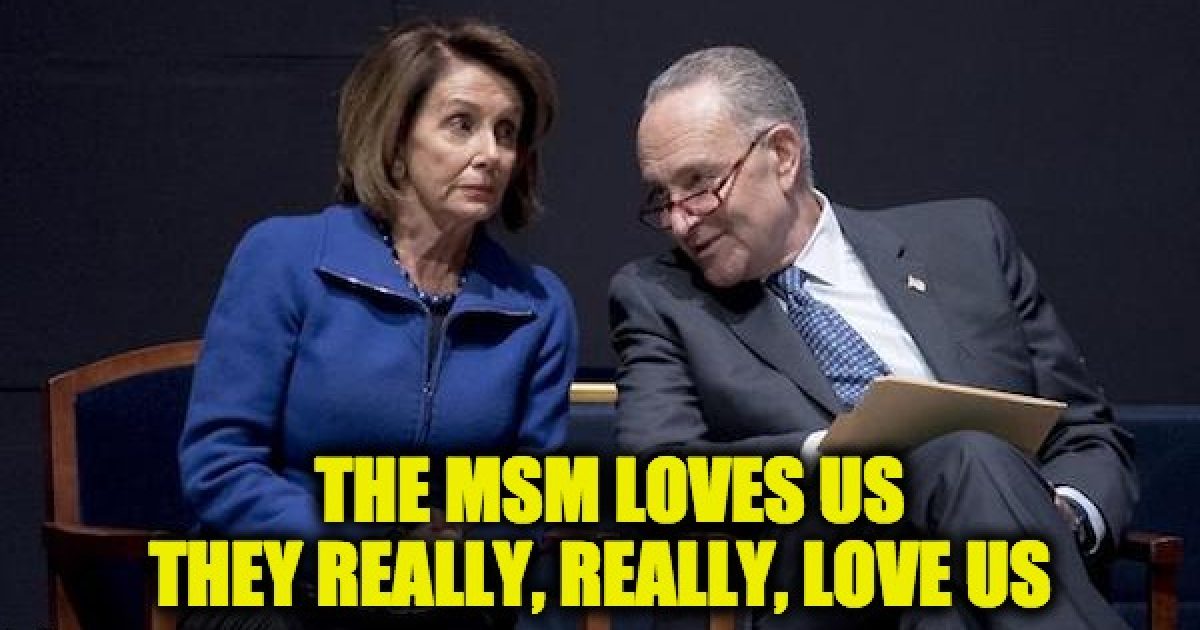 The massive failure that is the mainstream media reporting of Republican Devin Nunes’ FISA memo is a crashing mess for helping inform the American people of the news, but it is helpful for proving beyond a shadow of a doubt that the national “news” media is merely an adjunct of the Democrat Party and are not to be trusted on any level.

Outside of Fox News, nearly every talking head on TV has been proclaiming the memo released last Friday to be a nothing burger and they made this pronouncement even before seeing it. This means their proclamations of being “right” that the memo was meaningless are not evidence of being correct, but evidence that they are merely celebrating their uninformed and previously decided conclusion. In other words, they say they are right just because they felt they were going to BE right, regardless of anything actually in the memo.

Take the lunacy of extremist, left-wing “journalist” Nicolle Wallace, for instance. On Friday Wallace exclaimed that Trump’s “war on our law enforcement community” will cause the deaths of our agents. She insisted on MSNBC that the blood of any future law enforcement agencies will be on Trump’s head. This same partisan liar, though, has repeatedly praised race rioters and the Black Lives Matter movement despite that BLM has openly called for the deaths of cops. Yet, to Nicolle Wallace, no blood would be on the hands of BLM activists if cops are killed. This dichotomy just shows her partisan lies for what they are.

This sort of left-wing activism was seen all across the mainstream media as the memo “reporting” played out.

For instance, as William A. Jacobson of Legal Insurrection pointed out, the media complicity in this whole situation is glaring:

A key part of the memo was that the FBI utilized a Yahoo News report to back up the Steele Dossier. But the Yahoo News report information was fed to it by Fusion GPS. So it was completely circular buttressing, as both documents had the same source.

This raises a bigger question. How much of the media reporting has been fed by Fusion GPS? Has the media’s Russia conspiracy narrative been just another charade orchestrated by Clinton financed operatives? Is it any wonder that so much of the mainstream media argued against releasing the memo; this may be the most blatant example of media lack of curiosity been a telltale sign of a larger problem.

Jacobson also noted that the FBI abused its authority from the beginning. By targeting Carter Page, a low-on-the-totem-pole Trump operative, the FBI was clearly trying to create a backdoor way to “get” Trump regardless of the lack of evidence that might justify any legitimate surveillance in the first place.

The memo also showed that the FBI used a partisan — and largely fabricated — report on Trump paid for by Hillary Clinton as an excuse to force a FISA court to finally agree to allow them to spy on the Trump campaign. And this was after trying FOUR times but failing, to get permission previously.

Think about that for a second. We have learned that all the FBI now needs to open up an “investigation” into someone is to have their enemy write a fake report and then use that as an excuse to launch an investigation.

That would be like having the school bully tell his teachers that the weakest kid in class “started it” and then having the principal kick the bullied kid out of school on the bully’s say-so. This is not how “law” is supposed to be “enforced.” But it is how the FBI operates since Obama came to town.

Next came the mainstream media to croon in support of the FBI (the very agency it has for decades called corrupt) and to legitimize the liberals who launched this illegitimate investigation.

Now, remember, this is the same media that has pumped itself up to Constitutional proportions for “speaking truth to power” and for demanding that “secret” information be made public in service to “transparency.” These are the same people who thrilled with their Watergate investigations. These are even the same people puffed with pride over the Pentagon Papers story and the release of the Abu Ghraib prisoner abuse photos. But now, all of a sudden, members of the mainstream media are proclaiming that it might be an actual “crime” to release the Nunes memo on Obama’s FISA court abuse.

On the latter point, the liberal Roll Call newspaper insisted that releasing the Nunes memo would “weaken FISA” and hurt of law enforcement agencies.

So, instead of calling for transparency, the left-wing media was demanding that the information in the Nunes memo be kept secret and hidden away from the American people. And as the memo was being released, these same mediots began systematically attacking the memo calling it a sham without even telling audiences what was actually in the memo.

All the while, the mainstream media was being fed lies by liberal partisan operatives at Fusion GPS, the group that originally created the fake “dossier” that the Obama FBI used to get the illegitimate FISA approval to wiretap Trump. And, without telling their audiences where their information was coming from, they ladled out Fusion GPS talking points in order to hurt Trump.

Finally, there is another important thing that too many are forgetting, here. As did Nicolle Wallace as mentioned above, the left is saying that Trump has engaged in a “war on our law enforcement community.” But this is a lie. President Trump does not stand against “law enforcement.”

Donald Trump is fighting what we are all fighting, an FBI that was corrupted by eight years of Obama appointees whose most important goal was to defer “law enforcement” to the institution of a left-wing political agenda that could be used to help further the cause of the Democrat Party in general and Barack Obama, the most anti-American president in U.S. History, in particular.

Trump is fighting Obama’s corrupt FBI leadership, not “waging war on law enforcement.” And the mainstream media is fighting against Trump, not in favor of national security.