DCCC Chair Piles On: Says Midterms Are MAGA vs. Mainstream 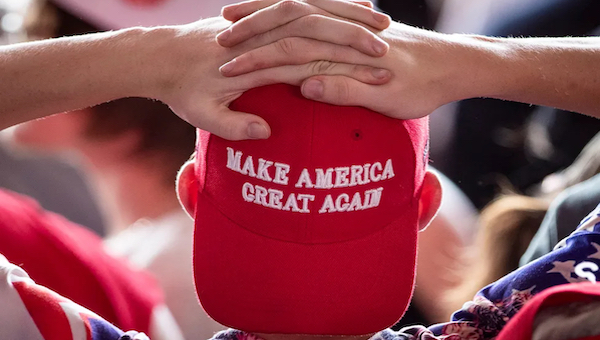 As President Joe Biden continues to push his irresponsible and inflammatory rhetoric concerning the MAGA Movement’s alleged “threat” to democracy, others within the Democratic Party are beginning to fall in line.

This sudden shift in tone by the President is almost certainly a calculated maneuver meant to rock the midterm elections and give the liberal left to hang on to their narrow majority in both houses of Congress.

Now, other prominent leftists have caught on to the pubic relations ruse and are backing Biden’s dangerous play.

Guest-anchored by Mike Emanuel asked, “The President Thursday night said MAGA Republicans are destroying American democracy. He tried to draw a line between MAGA Republicans and mainstream GOP, but he offended a lot of folks in the process.”

Then came a rather blunt assessment with Maloney saying the quiet part out loud.

Maloney said, “There’s nothing the president said on Thursday that has not been said by leading conservatives and Republicans. I mean, with the president said is exactly what people like Judge Luttig said. It’s exactly what people like Vice President Mike Pence and John Bolton have said. If you listen to comments from previous presidential nominees like Mitt Romney. In other words, this is not republicans versus democrats. This is mainstream Republicans and Democrats versus MAGA extremists. This election is about mainstream versus MAGA. I’m proud that we have a president that knows right from wrong.”

It is plain to see that Biden’s shift to “Dark Brandon” isn’t about principle but about politicking ahead of a crucial election, which undermines his message in totality.