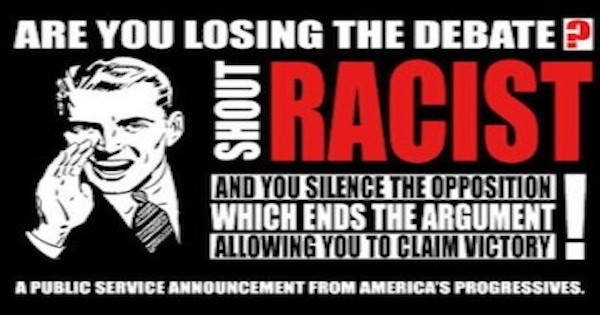 Liberals and the mainstream media (but I repeat myself) continue to whine about “fake news” and conservative media without any attempt at introspection. The reason conservative media exists is clearly articulated every day on the pages of mainstream newspapers, and in the voices reporting the news on the major networks. Another such example of the blatant hypocrisy that exists in the mainstream media reared its head on Sunday when veteran “journalist” and former NPR news host Michele Norris explained what “Make America Great Again” really means.

Norris argued that Donald Trump’s most important campaign slogan was actually a “deeply encoded” message that signaled to white people that “people of color” would soon be sent to the “back of the line.”

This is the perfect example of the kind of “fake news” that permeates the mainstream media every single day. Norris is speaking as an expert on the subject of politics, media, and culture, and so viewers are likely to take her ridiculous opinion as something more than it actually is. ‘She must know what she’s talking about because she’s a guest on CBS’ most important Sunday show, Face the Nation!’ Sadly, Norris’ opinion is based solely on her own twisted political opinion and racial bias.

Throughout the campaign Donald Trump did his very best to woo African-American (and other minority) voters, who have suffered more than white Americans through the Obama era. Howard Portnoy at Liberty Unyielding has just a few of the facts about how bad Obama and the Democrats have been for minority Americans.

The truth is that “Make America Great Again” has nothing to do with race, though it does hearken back to a time when America was the unquestioned leader on the world stage, when our economy was outperforming every other nation, when our cities were safe from radical Islam, and when our citizens could be relatively sure that their children could do better than they had. Yes, these days may have been more difficult for some Americans, but that is not what Donald Trump voters want back and it is ridiculous to assign nefarious meaning to Trump’s campaign slogan. In fact, it’s worse than ridiculous, it’s “hackery” pure and simple, fake news from the liberal mainstream media.

You can see Norris’ commentary for yourself below:

In the phrase ‘Make America Great Again’ there’s one word that if you are a person of color, that you sort of stumble over, and it’s the word ‘again’. Because you’re talking about going back to a time that was not very comfortable for people of color. They did not have opportunities, they were relegated to the back of the line.

And this was a country that — to be honest — was built on the promise of white prosperity above everything else. And for a lot of people, when they hear that message, ‘Make America Great Again,’ deeply encoded in that message is a return to a time where white Americans can assume a certain amount of prosperity.