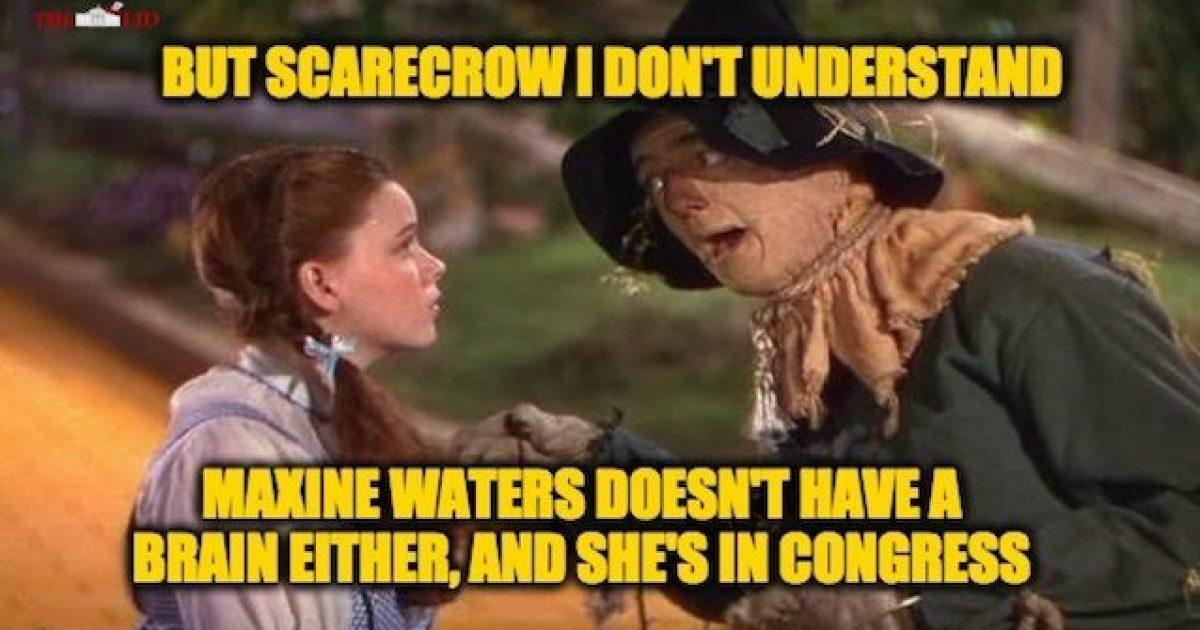 The implosion of the democratic party has led to more than a few instances of abject disaster among the liberal leftists and their radicalized brethren, and they have no one to blame but themselves for this mess especially in the case of Maxine Waters.

Of course, the mainstream media and their liberal leanings have been fuel for this fire as well, constantly reminding us that their pundits are convinced of the President’s inherent racism, hatred of immigrants, and his alleged connection to the Kremlin.  They’ve pushed this insanity to the brink of chaos, and now, as the radical leftists begin to dread heading back to community college in a few weeks, they are lashing out.

One of the key figures in the left’s “resistance” has been kooky California Representative Maxine Waters, who earlier this summer called on her constituents to form mobs and make life difficult for anyone associated with the Republican party or the Trump administration.  Now, those same minions are taking things up a notch, right in front of Maxine’s headquarters.

Maxine Waters supporters set fire to the American flag outside the Democratic firebrand’s Los Angeles office Thursday as way to counter an anticipated protest by a far-right militia group who never showed.

A modest few dozen people made their rebellious appearance despite a previous request by the congresswoman that supporters not be baited into confrontation with the Oath Keepers.

Shocking photographs captured outside the field office show the crowd stomping on the flag before circling around the stars and stripes as they cheer when it erupts into flames.

The double-whammy of Maxine Waters calling for an angry revolt, and the mainstream media’s insistence that we are facing a “New Civil War” has ignited the angry, radical masses of the liberal left.  This can only lead to chaos and more division in the United States – something that plays perfectly into the hands of the Democrats come election time.

Video evidence of the scene displayed a terrifying reality: