She’s Lying! He Told Maxine Waters To SHUT UP! 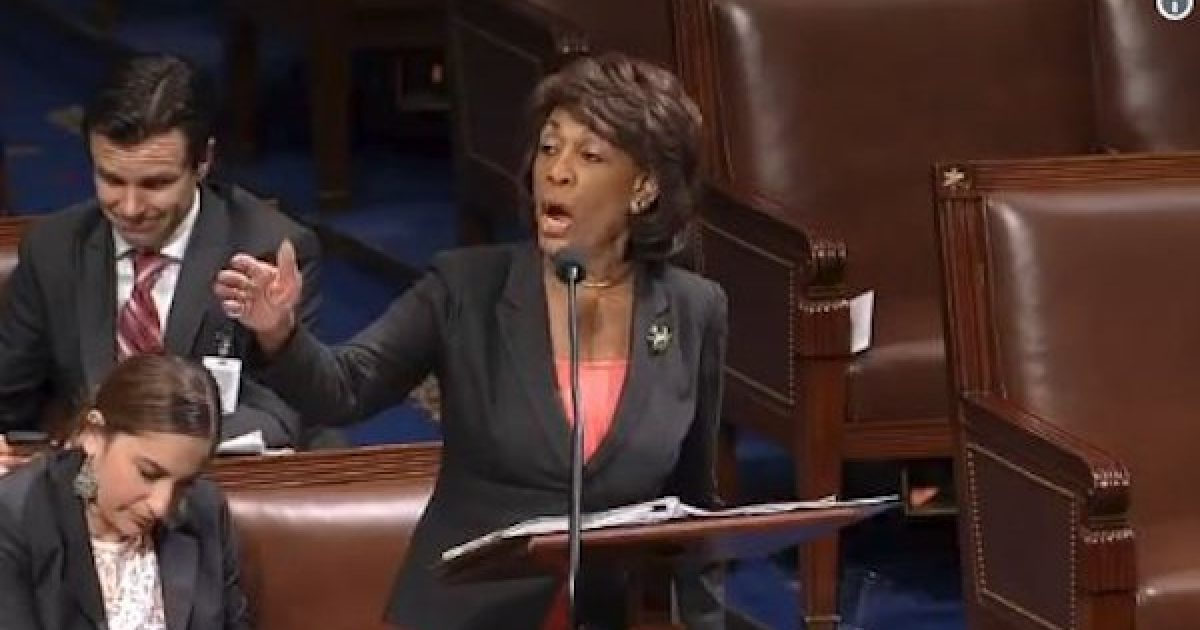 Mad Maxine Waters spent most of her fourteen-minute speech at the First African Methodist Episcopal Church this past Sunday telling lies about President Trump.  But her finish was different. She said it was God, the big guy upstairs who told her what to do. Mad Maxine is lying, I will tell you how I know in a bit.

Maxine began her speech with:

“We never dreamed we’d have someone in the White House who was divisive, who could not tell the truth, and who was intent on not making America great again but taking America down.”

She hammered Trump, telling the congregants, “I am in this fight.”

Then came her big finish, “God made me do it.”

“When you see me in the Congress of the United States of America and I say ‘reclaiming my time,” Waters said. “I’m reclaiming my time because you got to know that I’m here to do work that I’ve been sent to do. And as Pastor said to me when I came here this morning, ‘when God sends you to do something you just do it.’ “

Reading this quote got me thinking why God would pick Maxine Waters to talk to. After all, this is a woman who was named the most corrupt person in Congress because she got a bank owned by her husband a bailout it didn’t deserve, she called President Trump’s advisors “A Bunch of Scumbags,” when asked about the rapes committed by people in the Occupy Wall Street movement her answer was basically sh*t happens, accused Congressional Republicans of eating Obama’s ” food and drink his beer and leave, then they go and try to kill him,” then accused Obama of helping white people instead of African Americans. And I didn’t even get to the vicious untruths she still says about the President. And she’s been totally nasty to the President.

I am no expert at getting explicit directions from my maker, but it seems to me if he was going to talk directly to someone, it would be a person who operates under the golden rule. You know “What is hateful to you, do not do to your neighbor.”  That’s not to say I don’t talk to God all the time, but when I do the answer is usually found in the scriptures, that’s how the Lord talks to people (except to those who are in the prophet’s union).

It got me thinking, did Maxine Waters call God, or did God call her? And did the Lord sound like George Burns like in “Oh God!” or Morgan Freeman like in “Bruce Almighty”?

So I decided it to try it myself. Instead of talking to God from my heart the way I usually do, I tried calling him on my cell phone. Picking a number off the top of my head, I dialed 1-800-IKVETCH and hit pay dirt. Answering the person on the other end was the king of the universe but he sounded like former driver from the TV show Taxi,  Reverend Jim. 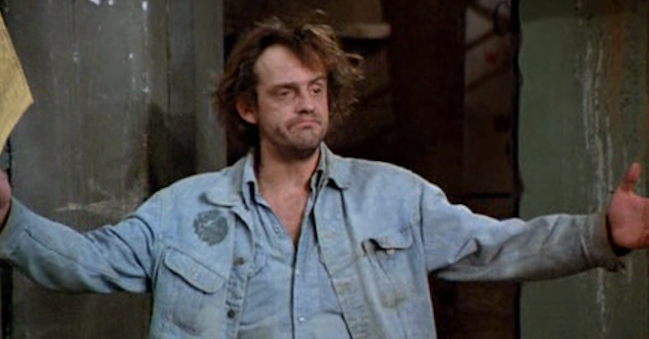 “Well er what was that again?” said the voice on the other end. He kind of sounded out of, it but after I explained the purpose of my call, he gave me the scoop.

“She said WHAT? Boy that lady has Chutzpa (of course God speaks Yiddish). I didn’t say her mission was to trash Trump, I told her to shut up and start being nice to people. I find some of her nasty comments offensive.”

He also sent me a map on my phone to give to the FBI. God wanted me to tell the FBI to stop wasting their time on that collusion nonsense–there is nothing there. The map was those old Esso gas station maps of Michigan. There was a red “x” marked on a location outside of Detroit. He told directed me to tell the FBI to do something useful, and the map was a new lead in the Jimmy Hoffa case.

Last night was a particularly windy night. I woke up to find my trash cans all over the street. So I asked the Lord why he made the wind and got a very creative but understandable answer. “The wind was created to discourage the comb-over.” Those hairdos that involve bald guys taking what’s left of their hair and combing it over their heads. Bald guys should have more self-confidence, besides I’ve never been a big fan of comb-overs or toupees. That’s why I make all the toupees look like fake hair.”

With that, we ended our conversation. I sat back and remembered that old cliché “ the Lord works in mysterious ways”