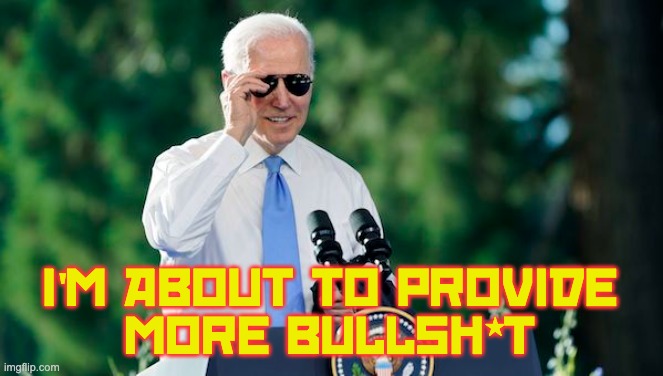 While taking questions from what he admitted was a pre-approved group of reporters during a press conference after meeting with Russian President Vladimir Putin, the mentally feeble President #lyin Joe Biden repeated the lie that protesters killed a police officer during the January 6 Capitol riot. lying Joe Biden

“It’s one thing for literally criminals to break through, cordon, go into the capitol, and kill a police officer and be held unaccountable than it is for people objecting and marching on the Capitol and saying, ‘You are not allowing me to speak freely’ … they’re very different criteria,” the habitual liar occupying the Oval Office said, sounding frail and tired.

VERDICT: FALSE. Capitol Police Officer Brian Sicknick died of natural causes a day after defending the Capitol during the January 6 assault according to the medical examiner report released in April. The medical report said that Sicknick suffered two strokes at the base of his brainstem as a result of a blood clot in an artery.

Even CNN, a far-left propaganda outlet that generally sides with liberal Democrats, has said Officer Sicknick was not murdered by protesters as the liar-in-chief falsely claims.

A police officer did not die from the Jan 6 riots. @POTUS is blatantly lying to the world to spin a narrative. CNN link below is the article stating the officer died of natural causes. https://t.co/F4w2eJ4sB7

But the truth no longer matters anymore.  Only the narrative matters, and of course, anything that promotes the left’s socialist takeover of America is permitted. Well…either that or Biden’s dementia has gotten so advanced he doesn’t even remember the truth anymore. The only way to know for sure is to grab a look at those index cards he uses every time he speaks to the press or world leader.

I wonder if he keeps them by his bedside to help him get dressed. They can say something like underwear first, then pants….etc.