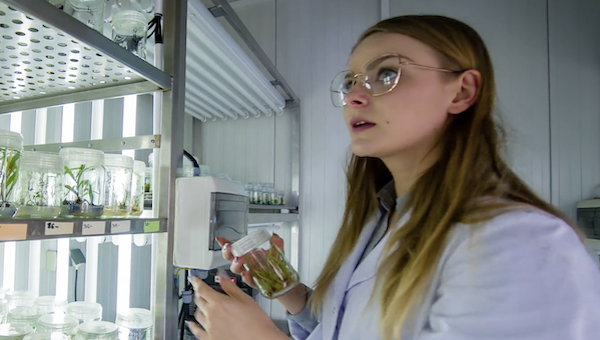 The post-pandemic economy continues to surprise. The latest change is the rising business investment in technology and IT, which could signal a shift away from lower-skilled workers. It may also be a warning that America will likely see an even more prolonged absence from its workforce by those least able to afford it, low-skilled workers.

In economic terms, America’s labor market is not “clearing” — workers and employers cannot agree on wages.

A recent Politico story noted that “corporate investment in computers and other information technology is the biggest the U.S. has seen in decades… up nearly a quarter from the same period in 2019.”

Of course, investment is good. Resulting productivity increases are the only way to achieve real economy-wide gains. However, if businesses are signaling a shift from now expensive and unavailable low-skilled workers, it could result in long-term consequences for those removed from the workforce.

Mason Bishop is president of Quality Assurance Commons, a non-profit that seeks to close the gap between the skills and needs of employers and workers. He warns that low-skilled workers who are experiencing long-term employment will face even greater challenges with getting reemployed.

“Increased labor costs due to the shortage of skilled and available workers will not be borne by employers,” Bishop explained. “They either get more efficient, through lowering their labor costs, or they pass it on in the form of higher prices, which is what we see with the some of the inflation we are experiencing. It’s as simple as that. It’s economics 101.”

The good news, Mason said, is the federal government already spends “billions of dollars” each year to help train and retrain vulnerable low-skilled workers. He said one of the best resources for job seekers is careeronestop.org, a career site sponsored by the U.S. Department of Labor.

“This site will give people places in their community where they can find career advisors, jobs, and training,” Bishop said. He explained that much of the retraining is happening at community colleges that are partnering with local employers.

“A lot of employers are offering different kinds of boot camps and shorter-term training to get people skilled up quickly,” Mason explained.  “Employees can access ‘work and learn’ opportunities, which combine on-the-job training with traditional courses to provide a broad and well-rounded experience,” he added.

Americans for Limited Government President Rick Manning noted that during the Trump economy, the lowest-paid 20 percent of the workforce received the largest wage gains on a percentage basis. “But the deliberate shut-down of the economy due to the China-originated virus put many of these workers back to square one,” Manning explained. “That is why our nation has gone from having record low unemployment among Blacks and Hispanics to these groups being disproportionately left behind in the current growth cycle.”

Manning added that the last thing America needs is more government intervention into the economy “because as it begins to recover, those who want to work will be able to find a job.”

Manning said the fact that almost a million Americans voluntarily left their previous job in June to begin looking for new employment, a 17 percent increase over the previous month, “proves that at least one segment of the workforce is optimistic about the economy.”

We need to get those choosing to remain out of the workforce to share in that optimism and seek retraining for higher-paying, higher-skilled jobs.