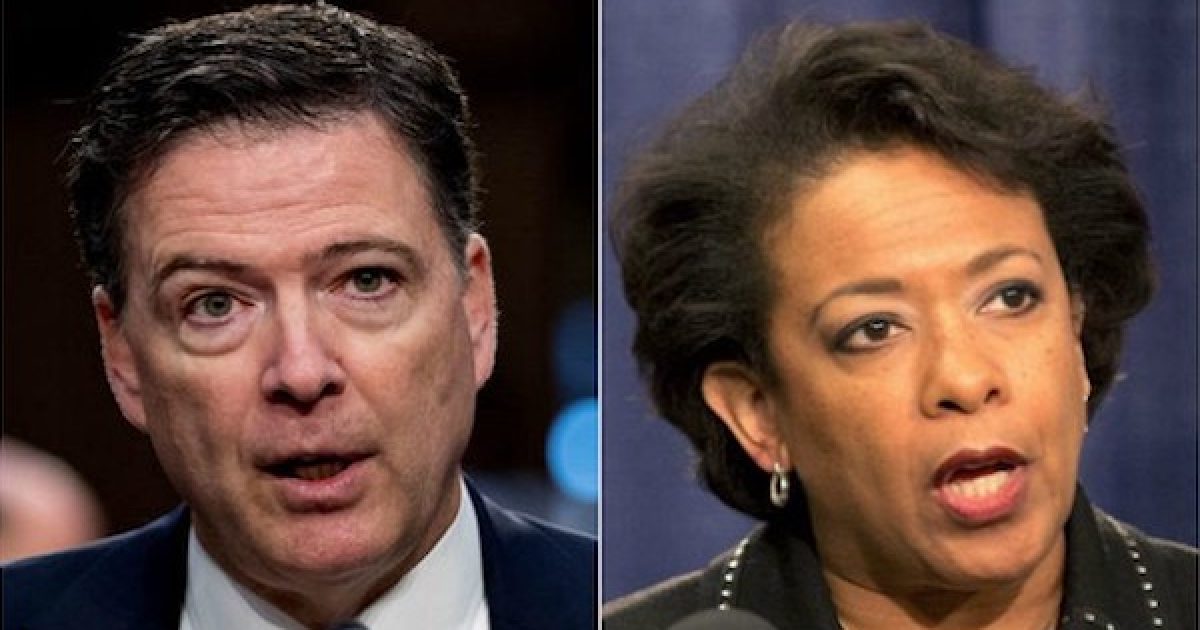 “I have known James Comey almost 30 years,” she wrote. “Throughout his time as Director, we spoke regularly about some of the most sensitive issues in law enforcement and national security. If he had any concerns regarding the email investigation, classified or not, he had ample opportunities to raise them with me both privately and in meetings. He never did.”

Comey claimed he reopened the investigation in an effort to legitimize her presidency if she won in 2016.

“I was operating in a world where Hillary Clinton was going to beat Donald Trump,” he said. “And so I’m sure that it was a factor. That she’s going to be elected President and if I hide this from the American people, she’ll be illegitimate the moment she’s elected, the moment this comes out.”

Comey suggests he released the letter saying he was reopening the investigation into Hillary in October 2017 because it was his assumption she was going to win.

“If I hide this…she’ll be illegitimate the moment she’s elected, the moment this comes out.” pic.twitter.com/muKuEDJ790

Truth be told Comey acted to promote Comey. He repeatedly usurped the authority of United States Attorney General Loretta Lynch, including a bizarre decision to rely on unverified documents to justify closing the Clinton email investigation.

Due to the information within the document, current and former DOJ officials claimed Comey “relied on the document” to make his July decision alone without ANY justice department involvement.

Comey’s decision to reopening the Clinton email investigation was also done without consulting his boss at the DOJ. The NY Times reported, “That afternoon, Mr. Comey’s chief of staff called the office of Ms. Yates, the deputy attorney general, and revealed the plan. When Ms. Lynch was told, she was both stunned and confused. While the Justice Department’s rules on ‘election-year sensitivities’ do not expressly forbid making comments close to an election, administrations of both parties have interpreted them as a broad prohibition against anything that may influence a political outcome.”

Beyond that, according to the same NY Times report, Comey ignored the urgings of his boss when he told Congress about the renewed investigation, “In a series of phone calls, her aides told Mr. Comey’s deputies that there was no need to tell Congress anything until agents knew what the emails contained.”

Based on the above there was probably no reason for Comey to express concerns about the Hillary Clinton email investigation because he was going to do what he wanted anyway. It’s no wonder why the former Attorney General is not pleased about his claims.

Below is Ms. Lynch’s full statement, as posted by the Daily Wire:

Over almost two decades as a federal prosecutor I have aggressively prosecuted drug dealers, violent gangs, mobsters, and money launderers, upheld the civil rights of all Americans, and fought corruption of all types –– whether by elected officials from both sides of the aisle or within organizations like FIFA. Through it all I have never hesitated to make the hard decisions, guided by the Department of Justice’s core principles or integrity, independence and above all, always doing the right thing.

The Justice Department’s handling of the Clinton email investigation under my leadership was no exception. It was led by a team of non-partisan career prosecutors whose integrity cannot be overstated and whom I trusted to assess the facts and make a recommendation – one that I ultimately accepted because I thought the evidence and law warranted it.

Everyone who works for the Department of Justice has an obligation to protect the confidentiality and integrity of the work of the department. That is why, at the critical early stages of this case, I followed the departments long-standing policy of neither confirming nor denying the fact of an ongoing investigation. This policy both pre-dates my tenure in the Department and will live on long after the current debate is over. It neither misleads nor misinforms, but instead both protects investigations and guarantees equal treatment of those under scrutiny, whether well-known or unknown. Any suggestion that I invoked this bed rock policy for any other reason is simply false.

Throughout the process I did what I always do: rise above politics and uphold the law. At no time did I ever discuss any aspect of the investigation with anyone from the Clinton campaign or the DNC.

I have known James Comey almost 30 years. Throughout his time as Director we spoke regularly about some of the most sensitive issues in law enforcement and national security. If he had any concerns regarding the email investigation, classified or not, he had ample opportunities to raise them with me both privately and in meetings. He never did.

Let’s repeat that last line: “He never did.”

Parts of this article was originally seen at ConservativeFiringLine