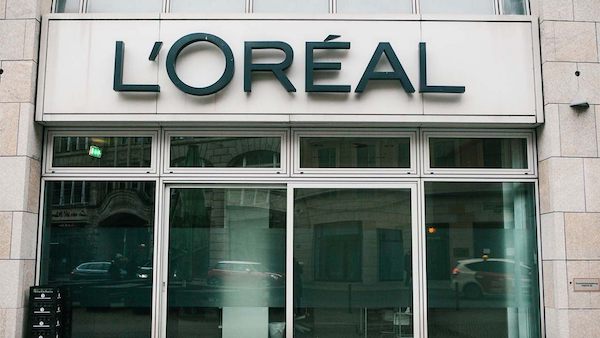 In a time when everyone is ‘a racist’ and is sure to be punished for it, should it really surprise us that makeup brands and products also felt the proverbial ax at their necks? L’Oreal

It’s now L’Oreal’s turn to feed the crocodile, hoping it will eat them last. They addressed a product line that nets them a cool half-BILLION dollars a year.

“The L’Oreal Group has decided to remove the words white/whitening, fair/fairness, light/lightening from all its skin evening products,” the company said in a statement.

The move signals a shift by beauty giants to stand up against racial stereotypes. L’Oreal’s skin brightening creams are amongst the most popular on the market and are targeted towards Asian, African, and Caribbean buyers who face a cultural stigma where lighter skin is perceived as more desirable.

The product reportedly generated $500 million in revenue in India last year, according to Yahoo News, but the brand says they are working to acknowledge how their terminology and branding perpetuates racist stereotypes.

Reading this shocked me so much I almost spit my drink back into my big red cup. But that was before the realization that L’Oreal is a French company which makes it prone to surrender.

This comes hard on the heels of their rehiring someone they had fired for bigoted comments. But it’s ok. The comments were directed against white people, and the person they rehired was both transsexual and

A black transgender model who characterized all white people as racists was offered her job back at L’Oreal after being fired in 2017 for the remarks, numerous sources reported.

Munroe Bergdorf was offered a seat on L’Oreal Paris’s newly formed UK diversity and inclusion advisory board Tuesday, which the model accepted, according to Reuters.

Following the Unite the Right rally in Charlottesville in 2017, Bergdorf wrote in a Facebook post that white people must “admit their race is the most violent and oppressive force of nature on Earth,” NBC News reported.

“Honestly I don’t have energy to talk about the racial violence of white people any more. Yes ALL white people,” Bergdorf wrote in the post. “Because most of ya’ll don’t even realise or refuse to acknowledge that your existence, privilege and success as a race is built on the backs, blood and death of people of colour. Your entire existence is drenched in racism. From micro-aggressions to terrorism, you guys built the blueprint for this s—.”

There is a problem with kneeling before aggressive activists demanding your conformity — they have short memories and long lists of complaints. Just because you give them their pound of flesh THIS time doesn’t mean they won’t eventually come around for seconds.

As Kipling so aptly described in his poem that warned against what he described as paying the ‘Dane-Geld.’ A tactic of bribing a hostile force to leave you alone, rather than face them directly.

It is every bit as true of corporations and societies concerning activist groups as it is of nations and armies.

…And that is called paying the Dane-geld;
But we’ve proved it again and again,
That if once you have paid him the Dane-geld
You never get rid of the Dane.

It is wrong to put temptation in the path of any nation,
For fear they should succumb and go astray;
So when you are requested to pay up or be molested,
You will find it better policy to say: —

“We never pay any-one Dane-geld,
No matter how trifling the cost;
For the end of that game is oppression and shame,
And the nation that plays it is lost!” —Kipling

I remember my English teacher teaching us this poem in High School.  She wrote it on the board.

In related news, there is no truth to the rumor that Sabbath is changing its name and reissuing all of its albums, nor is Entertainment Television (BET) changing its name to Entertainment Television (ET). However, there are rumors of the cancel culture trying to get the movie ET banned from TV as it is about a dark-skinned illegal alien forced to go home by the Federal Government.