During London Attack some Police Officers Ran Away 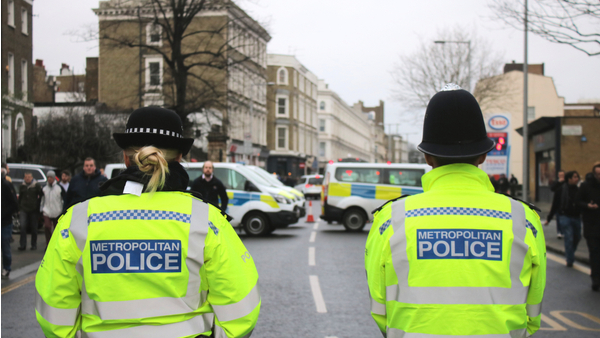 Last night’s heinous jihadist attack in London has not only revealed the truth behind radical Islam in Europe, but it also inadvertently exposed a major flaw in the world’s gun control laws.

Throughout the course of the Syrian civil war, much of Europe has succumbed to globalist wishes for relaxed, or completely open, borders.  This flawed and careless maneuver has drawn the ire of much of the continent’s population, yet has been allowed to continue, unabated, for month after terrifying month.  As Germany, France, and, more recently, England become repeat targets for international radical Islamic terror groups, the world is being forced to reevaluate it’s ability to deal with such enemies.

In Britain, specifically, there is a unique problem at hand.  The UK’s strict gun control laws have made not only the citizens of Britain sitting ducks against armed terrorists, but the lack of deadly-force weaponry carried by their police force has created a singular, dangerous, and embarrassing problem as well.

“Guardian reporter Lisa O’Carroll is at Borough Market, where she says multiple stabbings have been reported:

“’The guy with the knife was killing two people. We were shouting “stop, stop” and people threw chairs at them. Police came and shot straight away.’”

You see, many of London’s police officers are armed only with a baton and mace, in accordance with Britain’s ridiculously left-leaning policies toward firearms.  This ignorant and shortsighted policy created an intense expansion of the time in which Londoners were in danger during the vile London Bridge attack this weekend, as average citizens were forced to fend off attackers that could or would have been incapacitated by the fist police on the scene if they were carrying firearms.

There has been quite a bit said about the “good guy with a gun” theory of stymying terrorism, and while that often refers to the good deeds of a citizen, many Britons will surely agree that if these police officers were allowed the same allowances as other, more well prepared cops, several lives could have been saved.