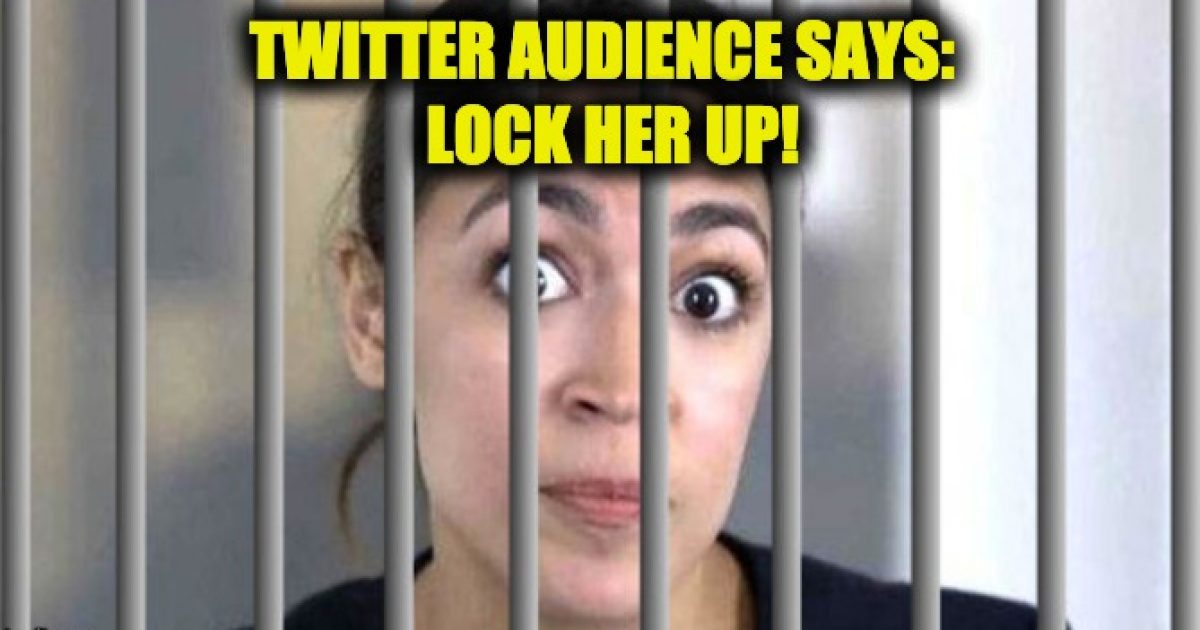 lock her up AOC

On Saturday, Democrat Socialist Alexandria Ocasio-Cortez issued tweets calling on supporters help illegal immigrants avoid deportation and work against ICE. She sent this tweet out before the president announced he was going to give the Democrats two weeks grace to quickly negotiate simple changes to asylum and loopholes.

At the request of Democrats, I have delayed the Illegal Immigration Removal Process (Deportation) for two weeks to see if the Democrats and Republicans can get together and work out a solution to the Asylum and Loophole problems at the Southern Border. If not, Deportations start!

But it doesn’t soften the impact of AOC calling for people to break the law, and offering them advice regarding how to do it:

“Warning: The Trump admin is expected to begin ICE raids across the country TOMORROW, targeting people for roundup,” she tweeted.  “NOW is the time for us to come together.”  She also called on supporters to report the presence of ICE to United We Dream and suggested they open their homes to those in the country illegally.

Warning: The Trump admin is expected to begin ICE raids across the country TOMORROW, targeting people for round up.

NOW is the time for us to come together:

Please share this info widely & make sure your neighbors have it.

If your home can be a safe space or haven for others, let your neighbors and community know – even if it’s just to relax in the stress of this time.

Twitter erupted with criticism, seemingly from both sides of the aisle:

You took an oath. You can work to change laws, but you violate your oath by encouraging laws be broken. pic.twitter.com/p0AyAGhHAN

She’s been in Congress for less than a year and already forgot the oath she took.

More great advice… Let’s BE a Congresswoman (AOC) now let’s tell the general public to break the law, advise them to help others break the law… Hey AOC, you and the rest of Congress FIX IMMIGRATION LAW!! Nobody Else CAN!! Thanks for the PSA though, it shows your view LAWS!

This is conspiracy to commit a crime!

Should be able to fit one illegal in your DC apartment.

In other words, put her apartment where her mouth is. Hey…that might be a great idea! Maybe her illegal guest can explain to her what a garbage disposal is used for.

The irony will be lost on her.

This is called illegal as all hell. Treason for sure.

So you’re advocating for citizens to assist in hampering ongoing legal law enforcement?

It is illegal to aid and abet criminals. @AOC should be locked up and fired from Congress!https://t.co/yEBnH6RQle

And of course, the all-important “If you see something say something!”

I am not a lawyer, nor have I ever played one on TV.  For those who have knowledge of the law, could you please comment and let us know if AOC’s tweet falls into free speech or aiding and abetting criminals, as the folks above believe.