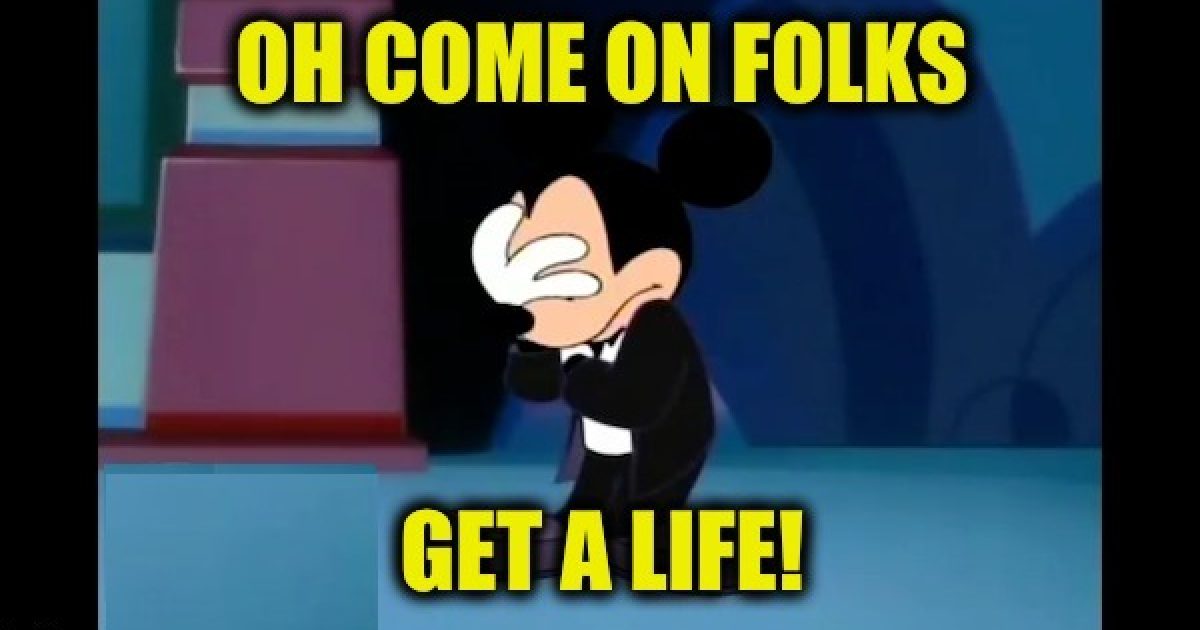 This is completely insane. The song says kiss the girl not force the girl to kiss you or even worse, rape the girl  Geez, what is wrong with these SJW’s?

Besides everyone knows that in the animated movie the Little Mermaid Ariel wanted Prince Eric to kiss her even though the evil sea-witch Ursula took Ariel’s voice away, making verbal consent impossible.

It must be exhausting to find something stupid to be perpetually furious about–It’s a fairy tale for Pete’s sake.

take our poll - story continues below
Completing this poll grants you access to The Lid updates free of charge. You may opt out at anytime. You also agree to this site's Privacy Policy and Terms of Use.
Daily Wire:

An all-male a cappella group at a prestigious university will no longer sing one well-known Disney song because some audience members — and one sophomore who wrote an article about it for the student newspaper — found it to be “uncomfortable.”

Of course, this is all happening at an Ivy League college: Princeton University.

One of the school’s all-male a cappella groups, the Princeton Tigertones, will no longer perform its popular rendition of “Kiss the Girl” from The Little Mermaid after the complaints. During their performance, the group invites a woman from the audience to join them as they sing and “playfully dance with her for a bit,” according to Inside Higher Ed. As the song reaches a close, the group invites a male audience member, pretend to groom him, and then put the two together, asking that they kiss, as the song suggests. The random couple complies, “sometimes on with a peck on the cheek, sometimes briefly on the lips,” Inside Higher Ed reported.

The entire scene is harmless and done in good fun, which of course does not sit well with the modern outrage crowd.

On November 26, sophomore Noa Wollstein wrote an opinion article for the Daily Princetonian asking the Tigertones to stop singing the song because it “is more misogynistic and dismissive of consent than cute.”

“Its lyrics raise some serious issues. The premise of the song, originally sung in the Disney film The Little Mermaid, is that the male Prince Eric, on a date with the beautiful female Ariel, should kiss her without asking for a single word to affirm her consent. Despite the fact that an evil sea-witch cursed Ariel’s voice away, making verbal consent impossible, the song is clearly problematic from the get-go,” Wollstein wrote. More

The song in question describes the awkward stage of romance between a boy and a girl… something that’s been going on for as long as biology has existed.

Here are the lyrics:

Yes, you want her
Look at her, you know you do
Possible she wants you too
There is one way to ask her
It don’t take a word
Not a single word
Go on and kiss the girl

Video: Protester Rips MAGA Hat From Teenager’s Head, Tosses It Over Wall & Cusses Him Out
July 6th, 2020 Flag And Cross

Trump Goes After Bubba Wallace, NASCAR Over Noose ‘Hoax’
July 8th, 2020 The Mental Recession
Thanks for sharing!
We invite you to become a Lid insider. Sign up for our free email newsletter, and we'll make sure to keep you in the loop.
Send this to a friend