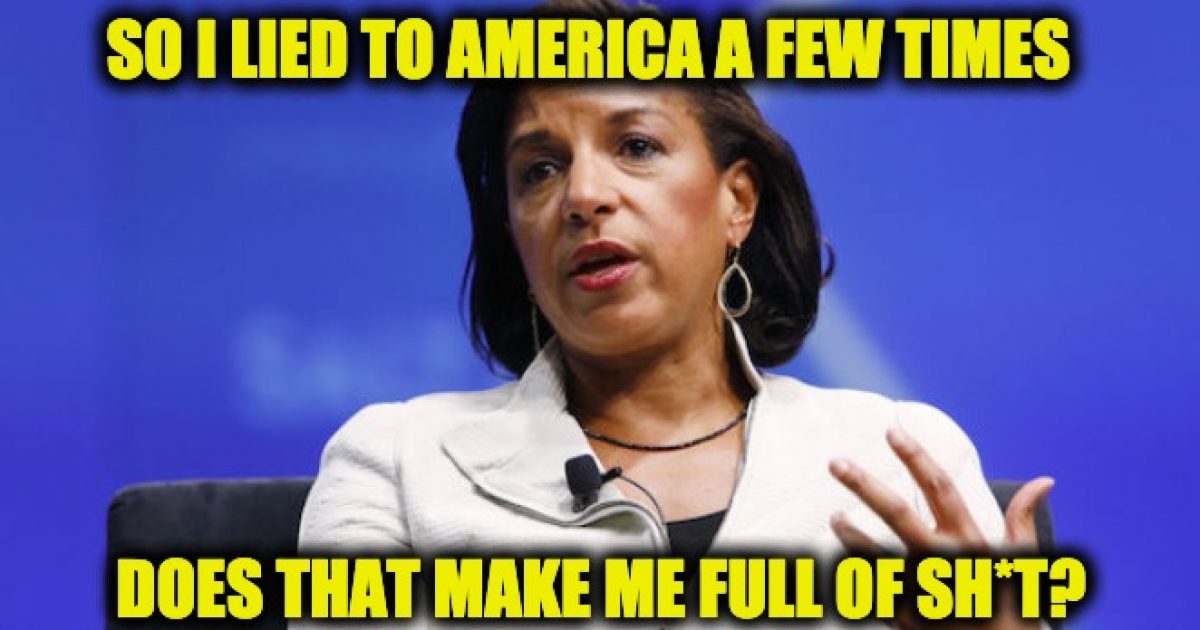 Lindsey Graham eviscerated former National Security Advisor Susan Rice with a rundown of her own resume following crude remarks she made about the Senator earlier this week.

In a preview clip of an interview for ‘Pod Save The World,’ a podcast hosted by Obama acolytes Tommy Vietor and Ben Rhodes, Rice attacked Graham while discussing the 2012 terrorist attacks in Benghazi.

Such vulgar words are usually reserved for people who continually lie in order to cover up the deaths of four Americans on their watch, or unmasks an opposing candidate, proceeds to make other lies and misuses of power and the day she left office wrote herself a memo stating she did nothing wrong, and try to get America to accept a nuclear North Korea. You know someone precisely like Susan Rice.

It didn’t take long for Graham to fire back. And all he needed to one-up the vulgar Rice was rehash her most significant accomplishments as Obama’s National Security Advisor.

Graham accurately portrayed Rice as a “walking, talking national security disaster” who was a consistent failure at her job serving during the Obama administration.

The South Carolina Republican not only noted the Benghazi disaster but ticked off other greatest hits spearheaded by Rice, including the Syrian ‘red line’ and the Rwandan genocide.

“If she agreed with me, I would wonder what I did wrong!” he quipped.

If she agreed with me, I would wonder what I did wrong! https://t.co/5Tu3V5Vckq

Aside from those listed, Graham could have also noted that she paired up with Obama to stop an investigation into Russian meddling during the 2016 election.

Michael Daniel, the cybersecurity coordinator under Obama, said that his proposals to take down Russian propaganda news sites and to attack Russian intelligence agencies were shot down by Rice who had ordered his agency to ‘stand down.’

In his testimony before the Senate Intel Committee today, Obama’s cyber chief confirmed he was ordered to “stand down” against Russian cyberattacks in summer 2016 https://t.co/8fc5QfZDJE

As for Benghazi, Rice’s latest book shows that at least her mother realized she was being used by Obama and Hillary Clinton as the fall guy for their attempts to cover up the attack.

According to the book, Rice was asked to cover for Hillary during those famous five Sunday morning news shows in which she lied about the genesis of the attack. The former Secretary of State was reportedly too “wiped out” from a hectic week to do it herself, and Rice was forced to sell the story.

“I smell a rat,” her mother responded upon hearing the news. “This is not a good idea. Can’t you get out of it?”

She couldn’t, of course, and all three rats were eventually revealed to have been lying to the American people.

And if anyone is a piece of sh*t, it’s Susan Rice and the other rats.