Lies The Anti-Gun Politicians Are Telling You 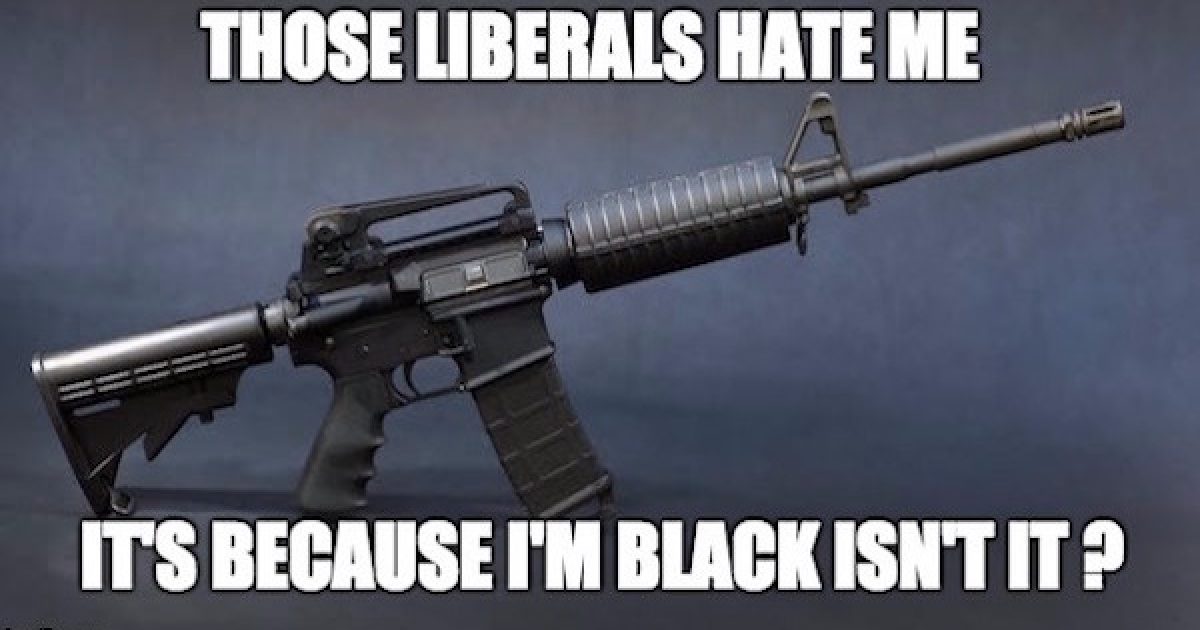 Wherever one lives in this great country, Sunday evening’s massacre in Las Vegas was nothing short of horrific.  Everyone I spoke to was both saddened and frightened by the crazed gunman who fired on a crowd of about 22,000 people from the 32nd floor of the Mandalay Bay Resort, murdering at least 59 people and injuring at least 515 more.

Disgustingly as they do with every tragic shooting, even before the bodies were cold, the anti-gun politicians exploit the horror, using it as an opportunity to infringe on the rights of law-abiding Americans and pick up votes from their liberal base. However, instead of proposing a solution that would prevent mass shootings, they tell lies that skirt the real issue.

The shooter used a conversion kit to convert a semi-automatic weapon to an automatic weapon. The Firearm Owners Protection Act of 1986 made it illegal to purchase or own a “machine gun” which is defined as  “any weapon which shoots, is designed to shoot, or can be readily restored to shoot, automatically more than one shot, without manual reloading, by a single function of the trigger.” Therefore the definition includes weapons upgraded to be automatic.  However, the bump stock is legal even though it makes the semi-automatic replicate the action of an automatic because the trigger is pulled for each shot.  The “bump stocks”  he used to upgrade his gun were legal, but I hear the member of Congress screaming for legislation to limit gun ownership rather than taking a look at accessories that make semi-automatics imitate fully automatic weapons.

1. requires all machine guns, except antique firearms, not in the U.S. government’s possession to be registered with the Bureau of Alcohol, Tobacco, Firearms, and Explosives (ATF);

2. bars private individuals from transferring or acquiring machine guns except those lawfully possessed and registered before May 19, 1986;

3. requires anyone transferring or manufacturing machine guns to get prior ATF approval and register the firearms;

4. with very limited exceptions, imposes a $200 excise tax whenever a machine gun is transferred;

5. bars interstate transport of machine guns without ATF approval; and

6. imposes harsh penalties for machine gun violations, including imprisonment of up to 10 years, a fine of up to $250,000, or both for possessing an unregistered machine gun.

That’s FEDERAL Law. Some talking heads were saying yesterday that in Nevada that law doesn’t apply–WRONG. Federal law supersedes any local law (which is why sanctuary cities are illegal).

On Monday, Connecticut Senator Blumenthal said, ” I’m ‘furious’ at Congress for its inaction on gun control.” But we need to give him the benefit of the doubt, maybe it’s a reaction to all the gunfire he faced in . wait, never mind, he lied about his service.

Hillary Clinton who never lied about being in combat tweeted:

The crowd fled at the sound of gunshots.

Imagine the deaths if the shooter had a silencer, which the NRA wants to make easier to get.

Silencers do not work the same way as they do in James Bond movies–they don’t eliminate the sound just lowers the sound by a few decibels.  In an automatic weapon, the sound is barely muffled.  And because automatic weapon barrels get so hot, silencers tend to melt and damage the gun barrel. For example, see happens in this video:

Now, when you friendly neighborhood liberal tries to tell you that we need new gun laws to protect another Las Vegas shooting, ask them how? How would new gun laws prevent the horror?  The laws prevented the shooter from owning an automatic weapon.  But he got one (or upgraded one) anyway.

And according to at least one gun store where he shopped, the animal who killed at least 59 people on Sunday night passed his background check.

There are other lies you will be told in the next few days, let’s correct those in advance

They will also try to tell you that 40% of guns that are sold are transferred without a background check. In January 2013, Glenn Kessler of the Washington Post gave President Obama “Three Pinocchios” for claiming that 40 percent of firearms are sold without a background check, and noted that the authors of the study upon which the claim is based say, “we don’t know the current percentage, nor does anyone else.”

Keep in mind that 77 percent of criminals in state prison for firearm crimes get firearms through theft, on the black market, from a drug dealer or “on the street,” or from family members and friends, while less than one percent get firearms from dealers or non-dealers at gun shows

Unless they are toyed with to become an illegal fully automatic weapon, semi-automatic weapons couldn’t have caused the carnage we saw on Sunday.  The anti-gun people will say “but I can’t think of any reason someone would need a semi-automatic.” There are plenty of reasons, but I will not lay them out here because it’s none of their concern.  What is their concern is to explain how taking away semi-automatic guns, or any other gun rights from law-abiding Americans will prevent crimes.

And unless they can explain how any law they come up with will prevent mass shootings, they are just taking away the rights of lawful citizens because it “looks good” for the next election, not because it will do anything 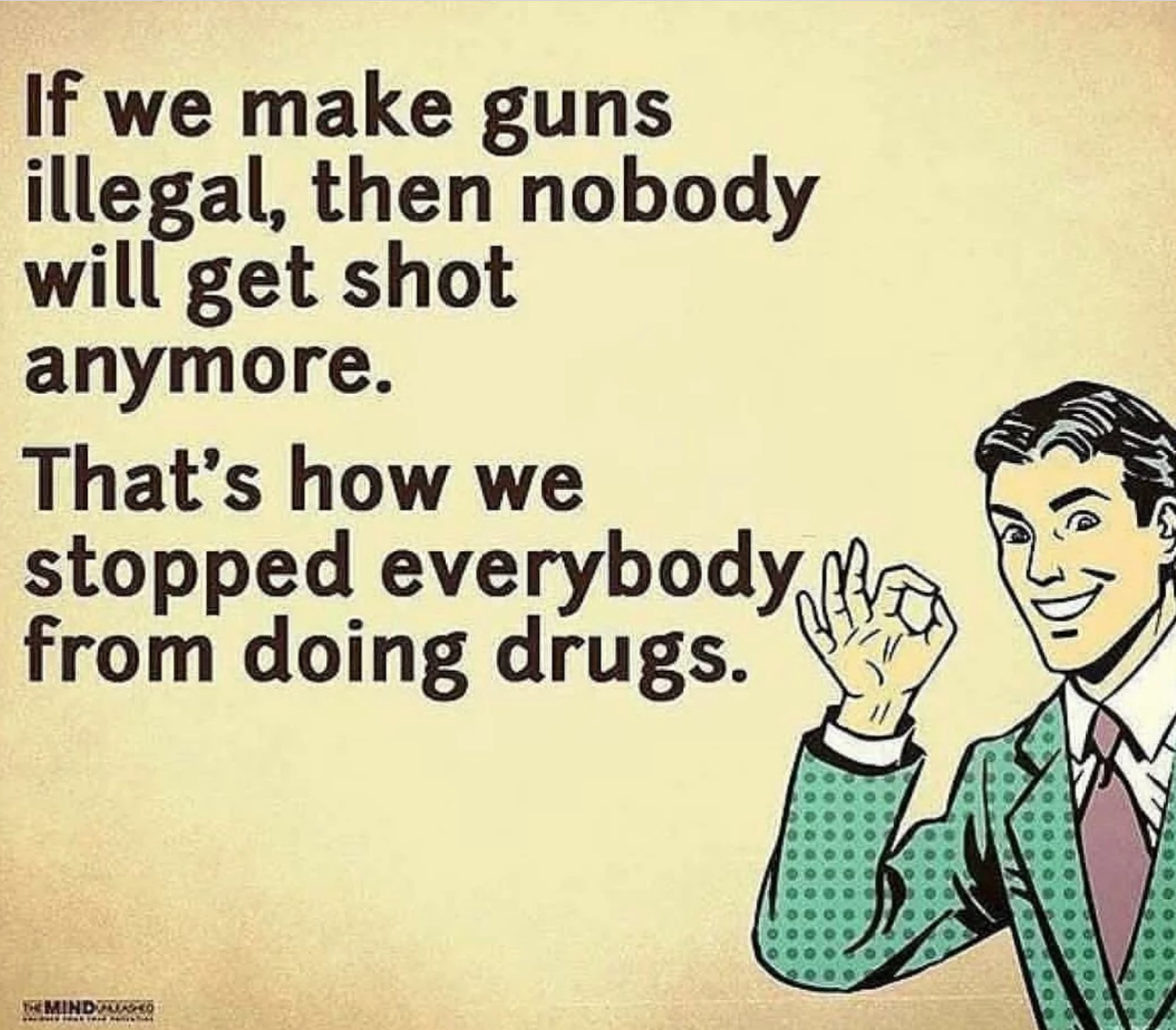