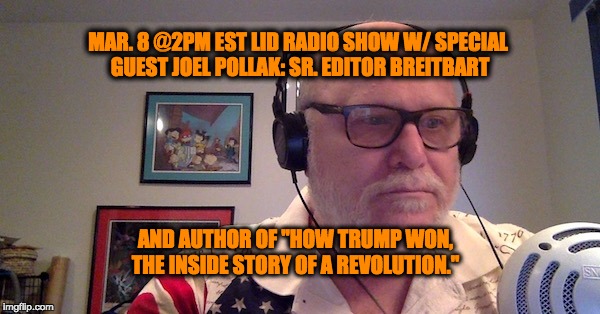 This week’s Lid Radio Show is extra special. Our guest is Joel Pollak, co-author with Larry Schweikart of the book, “How Trump Won: The Inside Story of a Revolution.“ 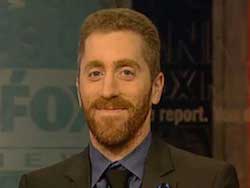 running for congress (I still have one of his campaign buttons in my office).  Eventually I had the pleasure of working with,  and then for Joel at Breitbart (he is now a senior editor) and know him as the guy who always find the interesting angle others miss, and an excellent story-teller.

While many political pundits (like me) were putting Trump down saying he had no chance, from the beginning Joel thought that Donald Trump would win. Both Joel Pollak and his co-author Larry Schweikart saw what the other pundits missed, the Trump campaign building a powerful coalition between working Americans from both parties; they saw the momentum that the mainstream media and pollsters completely missed; and in How Trump Won, explain the entire story of what and why it happened. 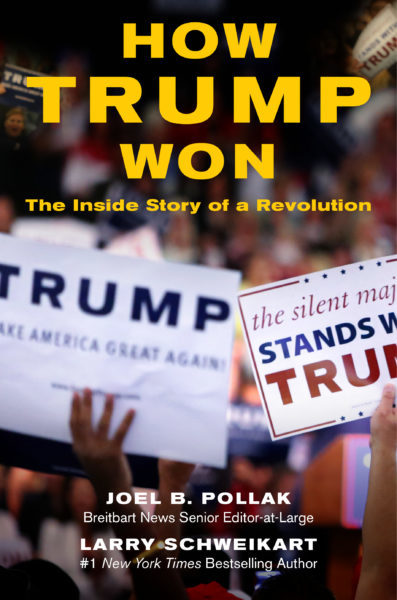 Note for snowflakes who want to blame Trump’s elections on the Russians, Comey and the last two X-men movies you are going to be disappointed. But if you generally want to understand why the craziest election in many of our lifetimes ended up the way it did, you will love the book.

As someone who covered the 2016 election from well before that day in June 2015 when the future President Trump seemed to float down a Trump Tower escalator to announce he was running, I thought I knew everything about the election.  But after reading “How Trump Won: The Inside Story of a Revolution,” I learned there was more to understand.

Political junkies of either party should join Joel and me at 2PM EST today, Wednesday 3/8 to get a taste of the book.

And after the show go out and buy your copy of “How Trump Won: The Inside Story of a Revolution.”