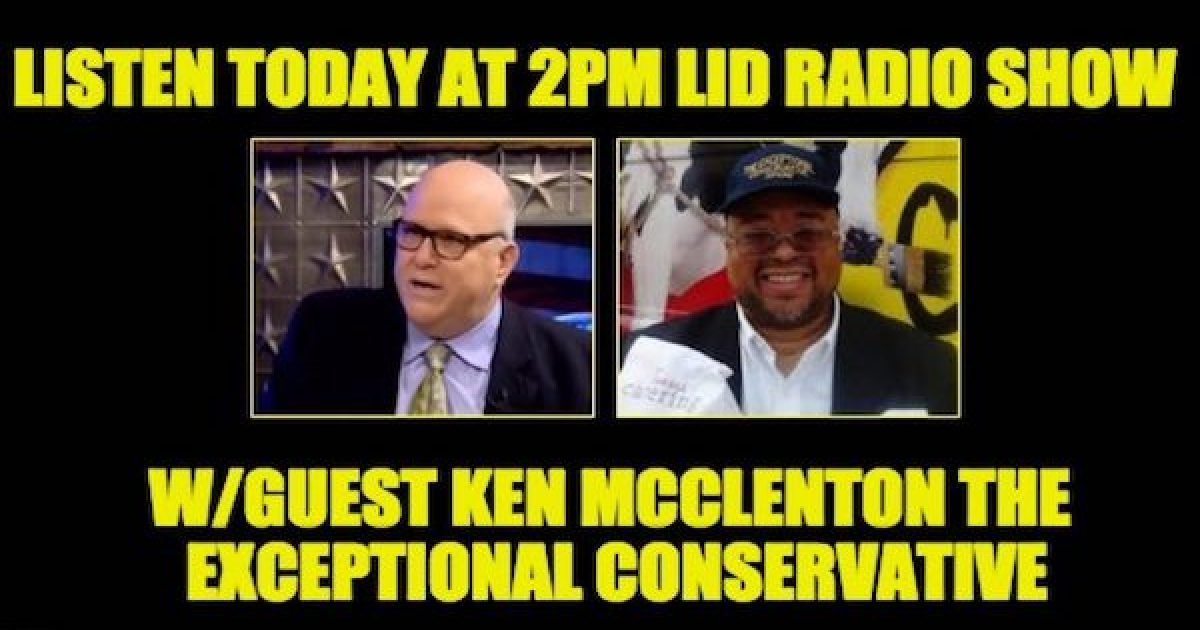 It’s been a tough few weeks for America, but throughout all of the tragedy of hurricanes and man-made terror what we have learned is through out all the American spirit is really amazing.  Not only have we seen the heroics of the first responders, but of the average American with no training whose first reaction is to save others. It is with that in mind, my good friend Ken McClenton and I will discuss the latest news on today’s Lid Radio Show.

Despite the fact that this congressional session will address some crucial issues including, tax reform, the debt ceiling, allocating funds for Elizabeth “Pocahontas” Warren to secure a new headdress, and of course searching for Mad Maxine Waters’ lost brain, Democrats a politicizing the Las Vegas tragedy with a rushed call for gun control and politicizing the tragedy of Huricane Maria and Puerto Rico with claims that the POTUS is ignoring the Islas because its population is largely Latino   There is no one better to discus to put the liberals in their place than my special guest, Kenneth McClenton the Exceptional Conservative.  Ken I will discuss the  latest in stupid liberal tricks other big political news with great insight and some well-deserved snark.

So so join in on the news and the fun— tune into the Lid Radio Show at 2pm Eastern by clicking on these SHR Media network or High Plains Talk Radio links (or by using the player and chatroom embedded below).

McClenton’s official bio says he’s an Urban Conservative whose mission is to spread the good news of Christianity, conservatism, capitalism and constitutionalism throughout the world.  Devoted to life, liberty and the pursuit of happiness, he believes that in order to save the United States, we must mutually pledge our lives, our fortunes and our sacred honor to save urban America. That is true but there’s more.

Kenneth McClenton is host of the incredibly successful “The Exceptional Conservative Show” seen on TECN.TV Monday-Thursday 9pm to 11pm Eastern.

As for your radio host, along with the Lid Radio show live every  Wednesday and the podcast. I can be followed  @yidwithlid on twitter, on my sites  Lidblog.com, and the pretty new LidsVids.com, on Facebook, and in the Jewish Star newspaper.