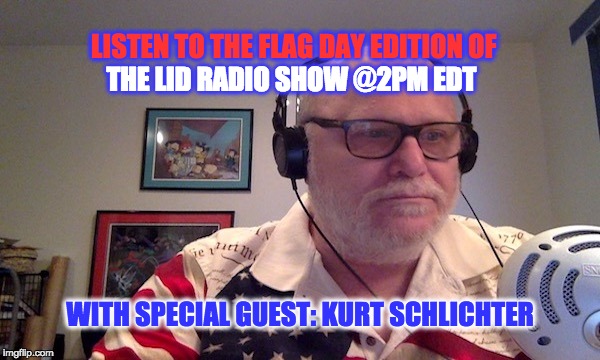 Our guest on the Flag Day edition of the Lid Radio Show is author, columnist, pundit and the very #caring, Kurt Schlichter.  So tune into the Lid Radio Show at 2pm Eastern by clicking on these SHR Media network or High Plains Talk Radio links (or by using the player and chatroom below).

Besides being the inventor of the hashtag #caring, Kurt Schlichter is Town Hall Columnist, frequent cable news guest, a trial lawyer based in the Los Angeles area representing companies and individuals in matters ranging from

routine business cases to confidential Hollywood and entertainment industry disputes and transactions, and author of seven books including the great new novel Indian Country. BTW if  you haven’t yet read Indian Country what are you waiting for?

Kurt was personally recruited to write conservative commentary by the late great Andrew Breitbart and now writes a weekly column at Townhall.com on political, cultural and military issues. The key to Kurt’s writing is that he makes points you wish you made yourself, and he does not know the meaning of politically correct (Thank God!)

Kurt has one of the most entertainingly brutal and funny twitter feeds (if you don’t follow him you are missing out). 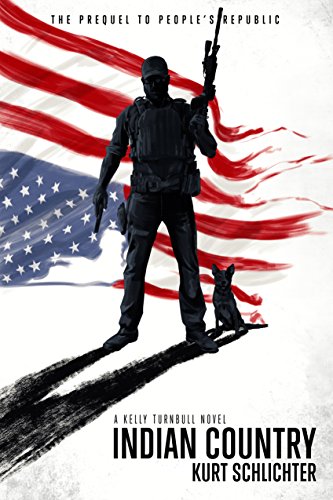 Among his other accomplishments, Kurt put his arse on the line to protect all of us. He retired as a colonel United States Army, deploying to Operation Desert Storm and, after 9/11, to Operation Enduring Freedom in Kosovo.

He holds a masters of Strategic Studies degree from the United States Army War College. He loves military history, red meat and the Second Amendment.

Kurt’s latest book, “Indian Country.”  is an exciting spy novel, a page turner action story, skillfully imbued with the sardonic Schlichter humor. It presents a frighteningly realistic of an future America, divided into two countries, red states vs blue. Indian Country” finds Red State Captain Kelly Turnbull sent undercover int the blue states to help those trapped inside resist the politically correct blue police state. As the progressive government ratchets up the violence, Turnbull must mold regular Americans into a fighting force capable of resisting the People’s Republic Army which happens to be led by his former US Army Special Forces mentor. If you haven’t read the book yet what are you waiting for, purchase it at Amazon.  I guarantee you will enjoy it

As for your radio host, along with the Lid Radio show live every  Wednesday and the podcast. I can be followed on my site Lidblog.com, on @yidwithlid on twitter, on my site  Lidblog.com , on Facebook, and in the Jewish Star newspaper.