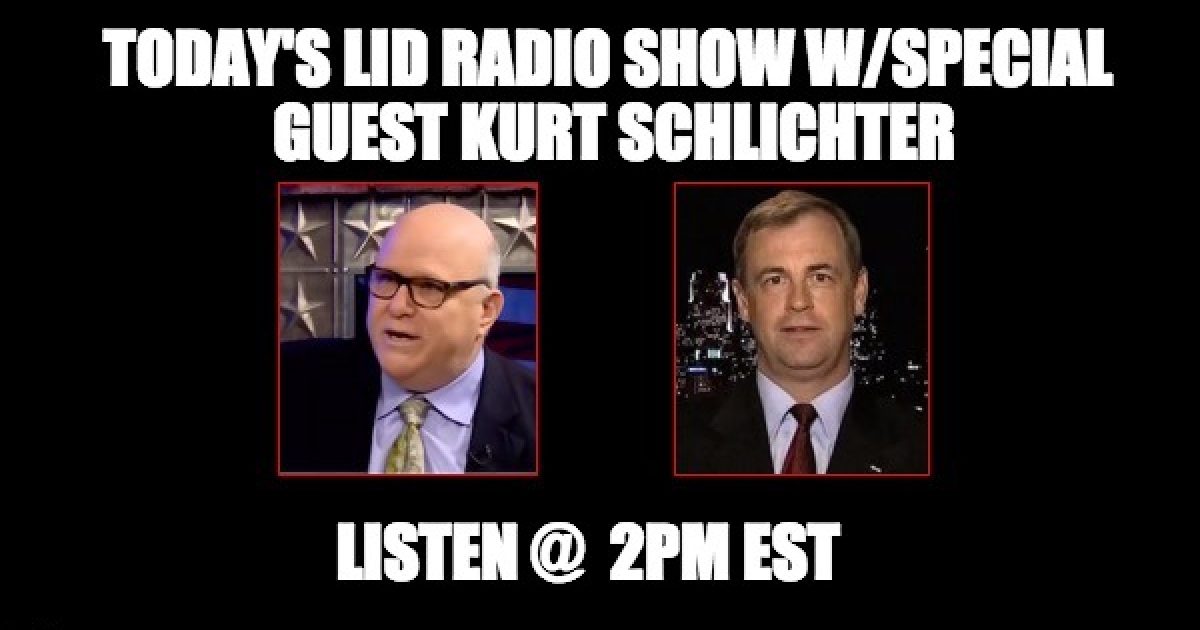 Our guest on today’s Lid Radio Show is author, columnist, pundit and the very #caring, Kurt Schlichter.  So tune into the Lid Radio Show at 2pm Eastern by clicking on these SHR Media network or High Plains Talk Radio links (or by using the player and chatroom below).

Besides being the inventor of the hashtag #caring, Kurt Schlichter is Town Hall Columnist, frequent cable news guest, a trial lawyer based in the Los Angeles area representing companies and individuals in matters ranging from

routine business cases to confidential Hollywood and entertainment industry disputes and transactions, and author of seven books including my favorite novel of 2017, Indian Country. BTW if  you haven’t yet read Indian Country what are you waiting for?

You haven’t lived until you’ve heard Kurt expound on all things liberal — he has the knowledge, the humor, and the spine one would expect from an Army Colonel, to speak up and say the things that too many of lemming-like pundits won’t.

His latest column, Woke Conservatives And The Awesome Power Of Not Caring is typical Schlichter. He explains why conservatives shouldn’t care when they don’t do what “the liberals and their Fredocon minions demand” and they start bloviating that ” you’re a racist, sexist, homophobic, child molesting, greedy, NRA terrorist determined to murder kids” His other recent columns; Liberals Have Turned The FBI Into A Disgrace, and The Mainstream Media Doesn’t Deserve Our Respect or Our Trust, are also must reads (actually all of his columns are must reads)

Kurt has one of the most entertainingly brutal and funny twitter feeds (if you don’t follow him @KurtSchlichter you are missing out).

We’ll talk about Kurt’s latest columns, the ongoing sex scandals, how the Mueller investigation is hurting the reputation of the FBI, what the loss in Alabama means for the Trump agenda and so much more.

Among his other accomplishments, Kurt’s an veteran with a masters in Strategic Studies from the United States Army War College, an Infantry colonel in the California Army National Guard and a veteran of Desert Storm and Kosovo. He’s also a former standup comedian which explains his biting humor.

As for your radio host, along with the Lid Radio show live every  Wednesday and the podcast. I can be followed on my sites Lidblog.com, and Lidsvids.com on @yidwithlid on twitter , on Facebook, and in the Jewish Star newspaper.