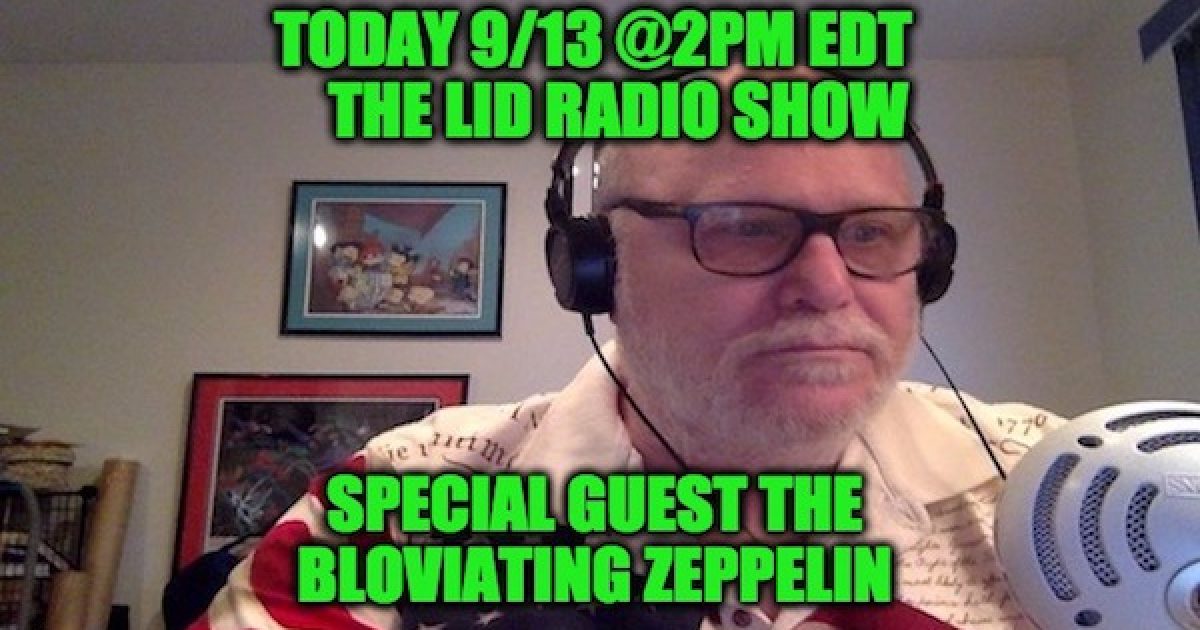 Is Nancy Pelosi suffering from dementia or is she just confused in an evil sort of way? This week’s Lid Radio Show guest is BZ, the Editor/Publisher of the great website Bloviating Zeppelin, who’s  latest article expresses his belief that Nancy Pelosi is exhibiting symptoms of Alzheimers or an Alzheimers-like disease. Along with his blogging, BZ is also the host of the show on SHR Radio:  BZ’s Berserk Bobcat Saloon, which can be heard on the SHRMedia and High Plains Talk Radio networks every Tuesday and Thursday Nights @11pm Eastern.

Along with Pelosi’s possible deteriorating brain power, Zep and I have plenty of left-wing stupidity to discuss, between the MSM’s over-reaction just about everything the president says or does, the left’s continued reluctance to accept that Trump won the election fair and square, Hillary’s new book, Tax Reform and anything that comes up before the show.