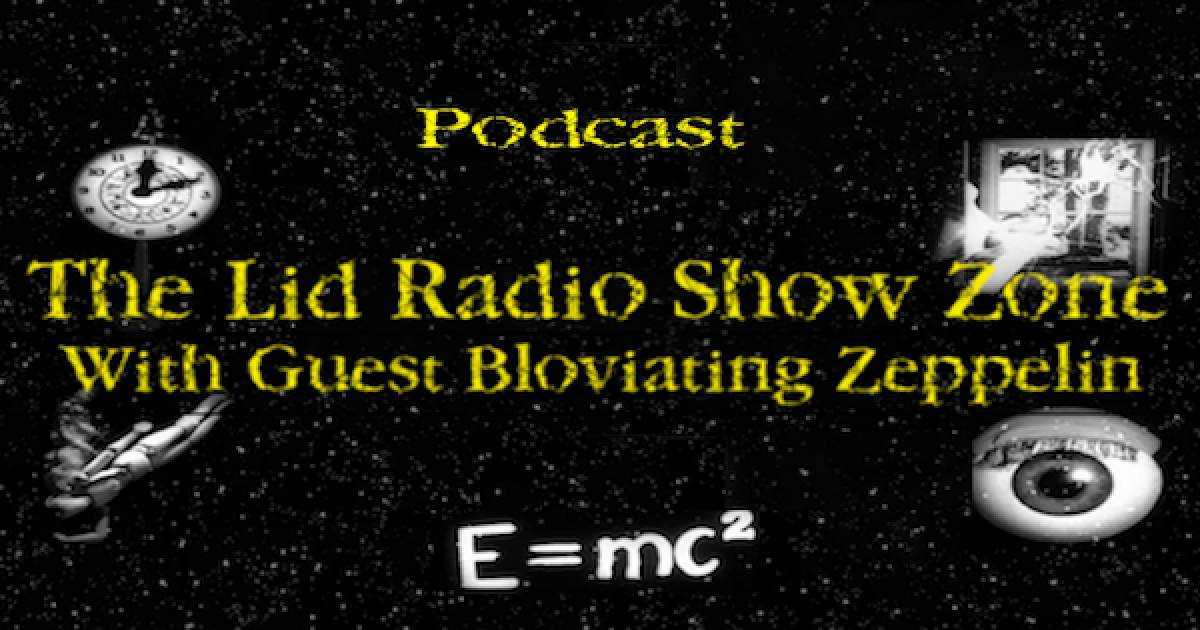 There is a fifth dimension beyond that which is known to politician and mainstream media. It is a dimension as empty as the evidence that Trump colluded and as timeless as American exceptionalism. It is the middle ground between the beltway and real America, between leftist punditry and the censorship of the right by social media, and it lies between the ideology of the far left and deafness of the political elite. This is the dimension of truth. It is an area which we call the Lid Radio Show Zone.

Today’s Lid Radio Show welcomed a special guest BZ, the Editor/Publisher of the excellent website Bloviating Zeppelin,  host of the fantastic show BZ’s Berserk Bobcat Saloon, which can be heard on the SHRMedia network every Tuesday and Thursday Night @11pm Eastern. And because he is wary of taking a night off, every Wednesday Night BZ is featured on the Sackheads Radio Show. at the same time on Wednesday’s.

Along with being a great guy, and a pundit who gets to the heart of today’s issues (no holds barred), politically BZ is a Conservative first and quite a distant Republican with a dash of Libertarian mixed in for good measure. He is also a recently retired US law enforcement officer, having worked 41 years for the FBI, the US Marshals, a coastal CA county and 35 years for a 2,000+ officer department in Northern California. And I am told during his four decades in law enforcement he never lied to get a FISA warrant and bring down a president.

Whenever BZ is on the show we have an informative conversation with a truckload of snark and this episode was no different. So click play and enjoy the show. I promise you will have a great time.